Faculty of Engineering and Built Environment

The plan to establish the Faculty of Engineering had started back in 1978 with the formation of the Electronic Unit and the Industrial Chemistry Unit under the flagship of the Faculty of Science on 1st May 1978. Both units offered programmes linked to engineering in nature to science students at the undergraduate level. In 1980, the Industrial Chemistry Unit was renamed to the Chemistry Technology Unit which offered the Chemistry Technology Programme. 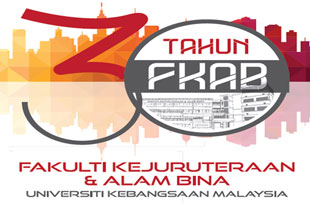 The Faculty of Engineering was then moved into its own building on a 250,936 ft. sq. site in November 1993. The cost of the building was RM41 million including RM10 million assistance from the World Bank. Then, in the period of 1998-2002, a teaching block, a research block and four laboratory blocks were added to complement the Faculty infrasturcture. In 1995, the Advanced Engineering Centre was established to handle engineering consultancy and industrial relation projects. It is then restructured in 2000 to focus specifically to research management and industrial relationship.

After 8 years in operation with four departments, the year 2002 marks the formation of the Department of Architecture as the fifth department which offered architectural based programmes. To complete the full structure, the Unit of Basic Enginneering Studies was formed in 2005 to specifically handle common mathematic courses as well as generic related courses such as communications and critical thinking.