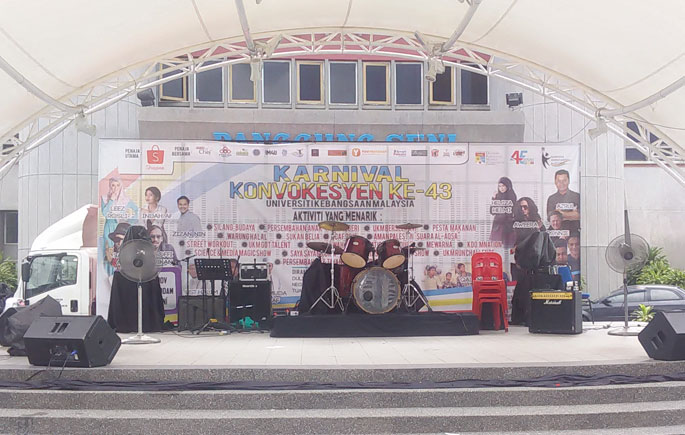 BANGI, 2 November 2015 –  The venue for this year’s Convocation fair of The National University of Malaysia (UKM) has been relocated much nearer to the Tun Abdul Razak Chancellor’s Hall (DECTAR) from the previous Dataran Gemilang square which is further away in the campus.

This year’s Convocation Fair at the Panggung Seni or Arts Theatre compound was much more visitor-friendly compared  to the square of past graduation ceremonies, said Deputy Director of the 2015 carnival Nurhanisah Mariah Othman.

“We took steps to resolve the problems that occurred in the past years as  the fair had little support from students and parents who came because of the considerable distance. By having it close to DECTAR it attracted the attention of not only the campus dwellers but also passers-by using the main road outside the university.

“We got positive feedback on the changes from traders and visitors alike”, she explained.

According to her, on the whole traders at the fair were satisfied with the increased number of visitors.

Among them was  Muhammad Zamani, 37, who sells beverages.

“The Convocation fair is very lively and the change to this site this year brought more customers compared to past years,” Zamani said.

Zamani, who has been doing business at UKM Graduation fairs for three years, believed that this year’s celebration is extraordinary and that  traders were quite satisfied.

Mostaffa Nabila Kamal, a third-year student was keen on the new site.

“I had the opportunity to visit the carnival this year as it is closer to my residential college. Last year, I had to walk up the hills to the Dataran Gemilang, ” he stated.

Another visitor, third-year student Anis Zulaikha Sazali of the Faculty of Social Sciences and Humanities was also enthusiastic.

“There is a diversity of style of the booths this year although the number of stalls has decrease. However, the prices are too high compared to last year, ” said Anis.

There were  54 stalls provided, 19 for flowers, seven for food and 28 outlets of various businesses, operating every day during the convocation from 7 am to 12 pm.

The carnival was held for five days from 29 October to 3rd  November 2015. 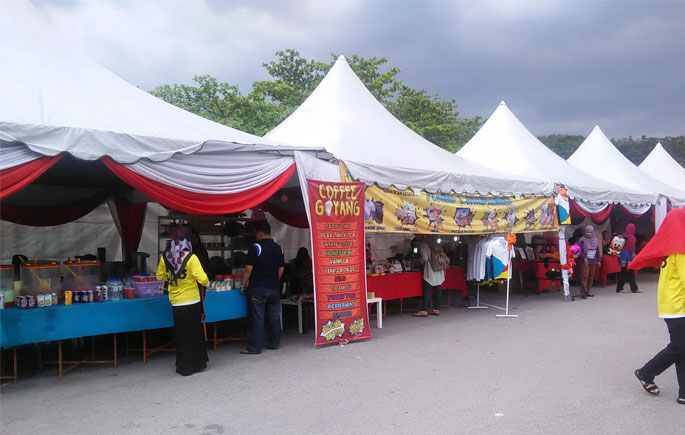 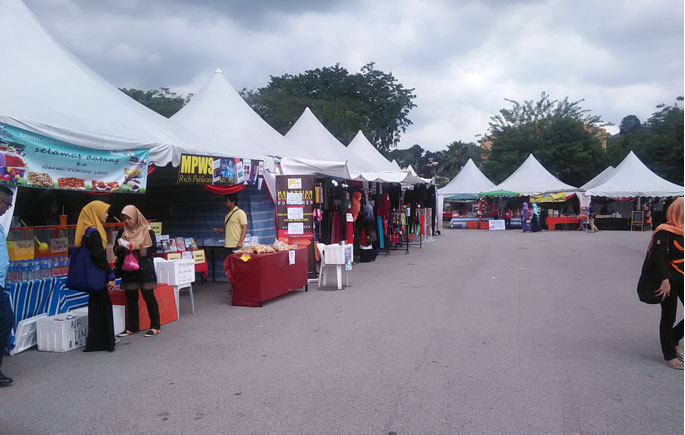 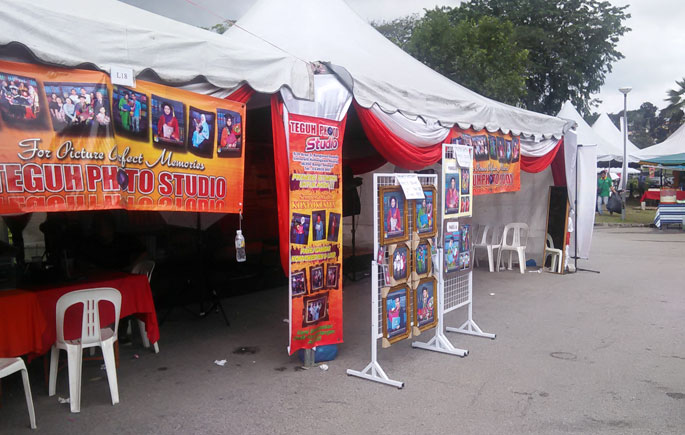