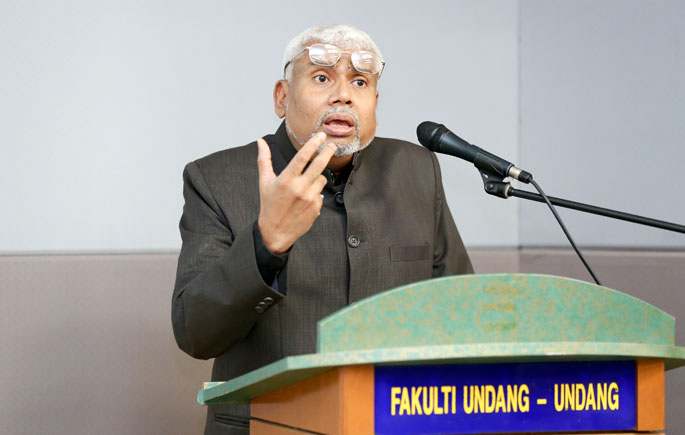 BANGI, July 6 2015 –  A country first has to have a low corruption index to be able to practice Islamic banking, Sukuk or Islamic bonds and interest-free loans or  Murabaha (credit sale)  successfully.

There are even some non-Muslim countries in the developed world which are more successful in practicing Islamic finance than Muslim nations in the third world because the former has far less corruption, said Court of Appeal Judge Datuk Dr Hj Hamid Sultan Abu Backer.

“Economic principles cannot be applied if there is no transparency, accountability, good governance. Countries that do not practice this will be on a sliding scale. Lack of transparency and accountability is corruption. Everything has to do with corruption,” said Hamid Sultan in his lecture titled  ‘Islamic Finance Contracts: Is Economic Justice Possible?’ as part of the 3rd series in the forum on Islamic Finance.

The forum was jointly organized by the Law Faculty of The National University of Malaysia (UKM), The Research Centre For Islamic Economics and Finance (EKONIS) and the Centre For Collaborative Innovation (PIK) on  28 May.

He declared that Economic Jurisprudence will also not work in a corrupt system, but only appear to do so.

The fact has not be lost on Muslim and Non-Muslim businesses alike who turn to Syariah-compliant investments in Britain.

“London is a commercial centre. Many things, including Islamic Finance can be found. Not only that, when you want to arbitrate, London is popular.

“Singapore, Australia, Hong Kong provide that kind of trust and confidence. Nobody says Asian countries cannot have that trust. So far, one of the most respectable places is London,” Hamid Sultan explained.

“Islamic Jurisprudence,  (Fiqh) ia a perfect system, provided that the system is not corrupt,” he said.

However, contrary to popular belief, Islamic transaction is not something new.

He said even before the time of the prophet, there were transactions that rejected Ri’ Ba’, or Usury.

On Islamic Justice, he clarified that it  places great emphasis on eradication of poverty.

“So you cannot be wearing a Rolex watch is if no one else can afford it, if at all everybody should have one.

“This is what Mudarabah is all about. If you apply it correctly, everybody has the same thing,” he explained.

Mudarabah refers to a form of business contract in which one party brings capital and the other personal effort. The proportionate share in profit is determined by mutual agreement.

“Why is Mudarabah popular? They are using the module that makes a lot of profit.

“Principles of Islamic Commercial transactions are to check exploited inequities and the creation of economic imbalances in society.

As for Islamic Justice, he said some Non-Muslim nations dispense justice that  was closer to the system practiced during the Ar Rashiddeen Caliphate, than to modern Islamic states.

“Whatever Caliph Ali said, I found it in UK. The public has utmost confidence in the judicial system. Caliph Ali said ‘ you find the best (judge), pay him the best, with complete jurisdiction over all matters,”, he said.

On legislation in Malaysia, he expressed hope that Malaysians would be  more mature when it comes to becoming more transparent and open in making laws.

“Our culture does not assimilate critical news. This is a very dangerous culture. It will not be accepted by international standards.

“In our country, we still have a feudalistic culture, where acts and laws are introduced without consulting the interested parties,” he added. 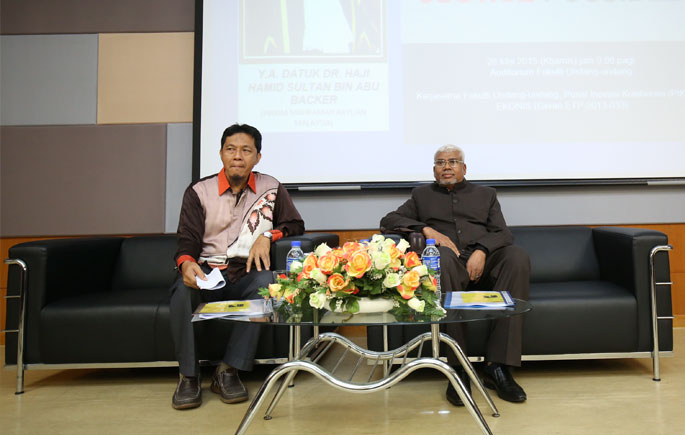 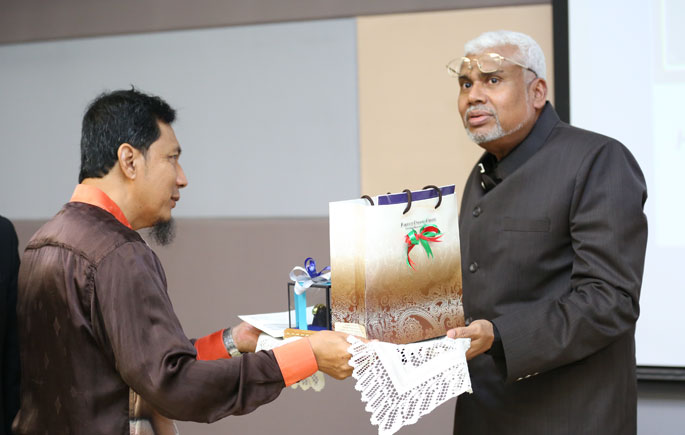