Malays The Earliest To Practice Farming in the Sundaland 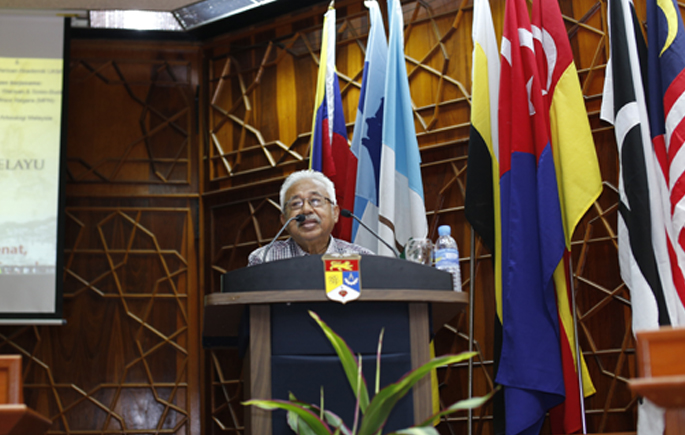 BANGI, 13 May, 2015 – Research by archaeologists showed the Malays were the first farmers who cultivated rice and domesticated livestock in the Sunda continent, a massive sunken peninsula that today formed the Java Sea, Malacca and Sunda straits, and the islands between them.

The President of the Archaeological Institute of Malaysia (IAAM) Prof Emeritus Dato’ Dr Nik Hassan Shuhaimi Nik Abdul Rahman said this occurred between  10,000 to 14,000 years ago.

Opening the seminar on The Origins of The Malays and their Kingdoms  In Southeast Asia, organised by the Institure of  Malay World and Civilization (ATMA)  here on April 15,  Prof Nik Hassan said the race known as Malay-Polyenesians founded kingdoms that initially borrowed Indian culture.

According to him, the kingdoms that existed then were Funan, Champa, Langkasuka, Srivijaya, Majapahit and Malacca.

Prof Nik Hassan Shuhaimi, who is an archeologist, said there should be no bias in viewing culture, because mistakes occured frequently in understanding history when politics influence opinions.

He said that civilization is a broad term that covers socio-cultural life, language, economy, science and military technology as well as relations between nations.

The research found that the Malays originated in thge Sunda continent.

He said the shrinking of the islands due to rising sea waters enabled the  people to become sea-farers who explored every corner of the Malay archopelago.

Meanwhile, IAAM historical researcher and writer Zaharah Sulaiman said the Malay race originated from ancestors of the Aboriginal Orang Asli rooted in the Sunda continent more than 60,000 years ago.

According to Zaharah deoxyribonucleic acid (DNA) studies conducted on Orang Asli Peoples and the remains of prehistoric man proved this.

She said the Malays spread out through migration which in turn formed  the several tribes of Proto-Malays and the the indigenous peoples of  Southeast Asia.