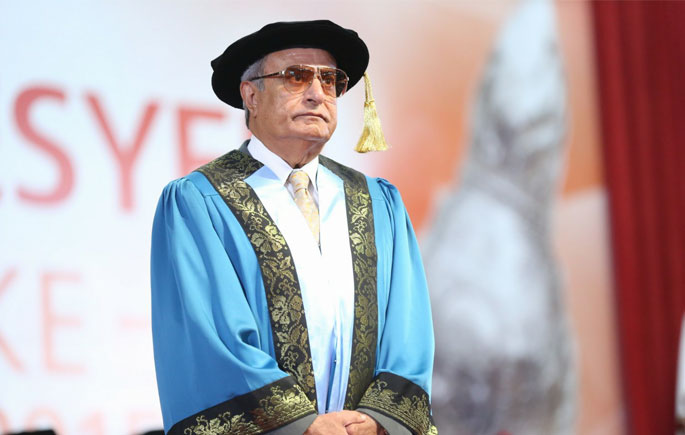 BANGI, 2 November 2015 – The National University of Malaysia (UKM) is better than what some international ranking agencies make it out to be.

It is the quality of graduates, rather than international rankings that indicates how good a university is, said Prof Dr Asad M. Madni, a technopreneur and President and  Chief Operating Officer of BEI Technologies Inc, a hi-tech company.

Prof Madni said while he respected some university rankings report, there are other factors that are more important.

“UKM has been ranked higher over the years. Now I respect the rankings but they are not reflective of changes and realities of the current time. They are more historical.

“The one thing that separates universities is the quality of graduates. UKM stands tall among the tallest of world leaders, scientists, researchers and academics,” he explained after accepting the UKM Honorary Degree of Doctor of Philosophy in Innovation and Entrepreneurship in Microengineering and Nanoelectronics, at the 43rd convocation of UKM here today.

The Distinguised Adjunct Professor from the University of California, Los Angeles (UCLA), said UKM has contributed much to the development of Malaysia.

“The institutions, agencies, departments, ministries owe a debt of gratitude to UKM,” he stated.

He advised graduates to stay connected with UKM in their related disciplines and reminded them that their success in their careers requires other skills.

“Written communication skill is of major importance to employment. You must be good in team work. Learn about other cultures. Unity is a symphony of differences. Learn to give back to the generations following you, especially the underprivileged,” he said.

Prof Madni , who is  Fellow, American Institute of Aeronautics and Astronautics, also reminded graduates to be true professionals and carry out work with honesty and diligent in getting data.

“Refrain from plagiarism. Don’t take credit from others. Don’t exclude individuals who have contributed to your work,” he said.

Prof Madni received his bachelor’s and master’s degrees in electrical sciences and engineering from UCLA, his doctorate in engineering from California Coast University, and is a graduate of the senior executive program at the MIT Sloan School of Management. 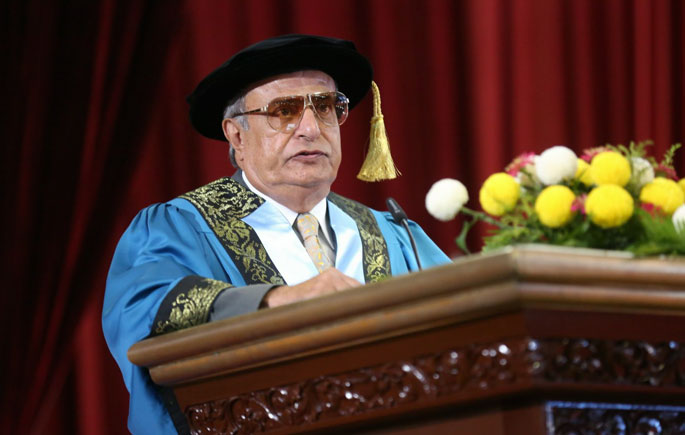 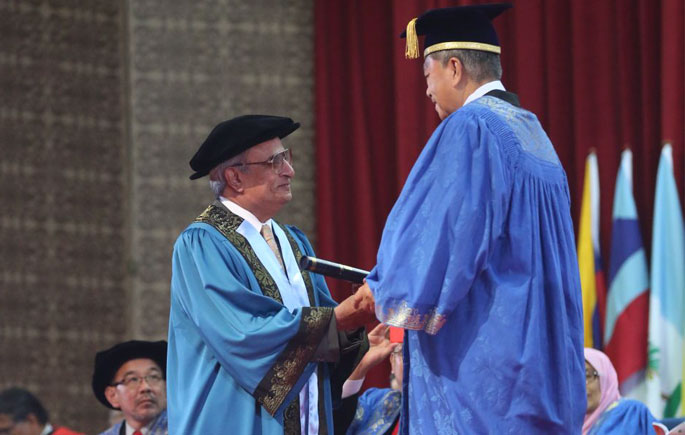