UKM The Best In Asia-Pacific In Education Exchange Programmes – Mexico 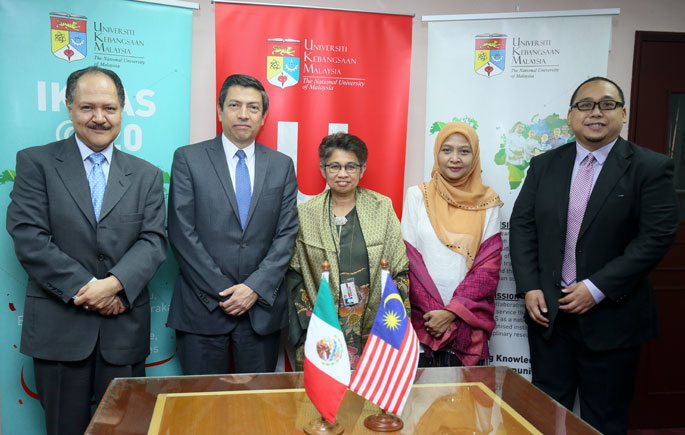 BANGI, 13 Julai 2015 – The National University of Malaysia (UKM) has been singled out for praise from a senior official of Mexico’s Foreign Ministry for the institution doing more than other universities in the Asia-Pacific region to promote education and cultural understanding with his country.

“You are doing more than any university in the region, more than Japan and China. We share 20 scholarships with Japan. Most (Japanese) of the students go to Mexico to study Women studies. I mean, there are many other things available,” said Madrigal after a briefing about UKM by the Institute of Malaysian and International Studies (IKMAS) Director Prof Rashila Ramli here today.

Impressed with UKM’s balance between the social sciences and technology, he said its high time that universities of both countries recognise each other degrees.

“We should recognise degrees of students, should begin negotiations. Yes, we have a lot of opportunities for scholarships in Mexico. Sometimes difficult to get all the information from the right person.

Mexico’s ambassador to Malaysia Carlos Felix Corona, who was accompanying Madrigal, chipped in by pointing out that language is the main issue.

Prof Rashila agreed, saying that UKM does conduct a Spanish language course but it has yet to receive certification to be recognised by universities in Mexico.

Corona explained that a fully recognised course for Spanish is taught at the Cervantes Institute of HELP University in Kuala Lumpur.

She said UKM had welcomed another batch of mobility students from Mexico in May and it will return the favour by allowing a group of Malaysian students to go there later in the year.

Meanwhile, the  Deputy Director of UKM’s  The International Relations Centre (UKM Global) Dr. Abdul Latiff Ahmad informed the visitors that the latest batch of mobility students from Mexico was expected to arrive at UKM by the end of July.

Dr Abdul Latif said their inbound mobility programme would usually last about three weeks in which their itinerary included a visit to Sabah and Sarawak.

Also accompanying Madrigal was the Charge d’Affaires of the embassy of Mexico, Lourdes Sosa Márquez. 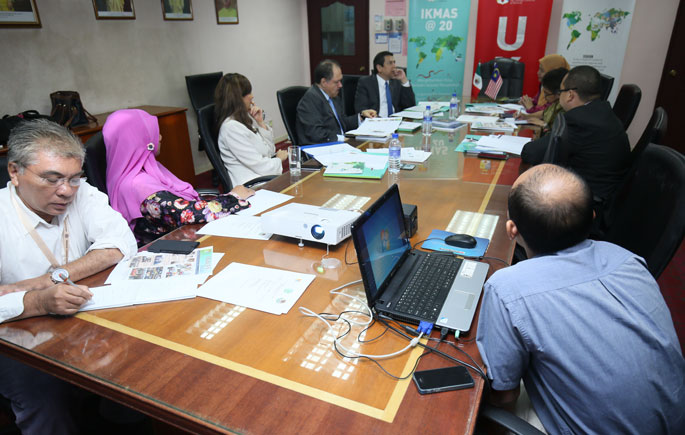 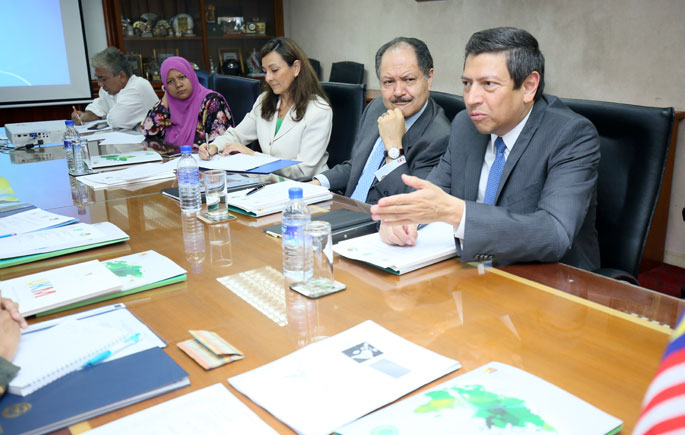