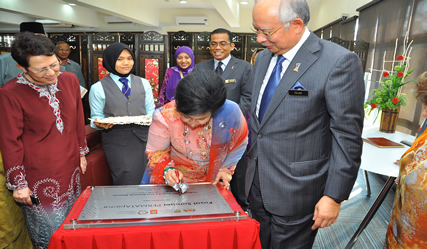 BANGI, 27 Mac. 2012- Six fourth formers from the PermataPintar programme have been offered places in various Universities in the United States after passing the American Standardised Test (SAT).

The Prime Minister said the establishment of PermataPintar as a school for gifted children, complements the National Education System and ensures that gifted children were not left out.

Because gifted children could absorb knowledge and understand what they learnt faster, they could easily be bored if stuck in an ordinary school. Their needs have to be met so that they could realise their true potentials.

PermataPintar is a commendable achievement, as it can mould a treasured generation with sharp minds, more creative in thinking and at the same time aware of the importance of spiritual and character development. This was important in meeting global challenges, Dato’ Seri Najib said.

Three summer camps had also been organised in collaboration with John Hopkins University where more than 1500 PermataPintar students identified through online tests had taken part.

The Government of Saudi Arabia have also asked UKM to conduct an all girls summer camp this June, she said.

A Memorandum of Understanding was signed between PermataPintar and the Al Bukhary Foundation which will finance the construction of an auditorium and sports complex for PermataPintar at the ceremony. 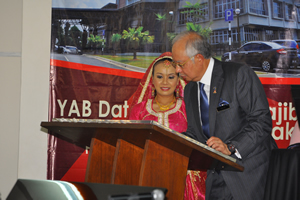 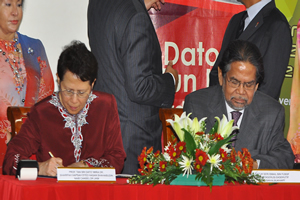 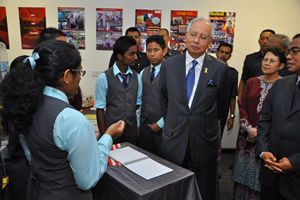 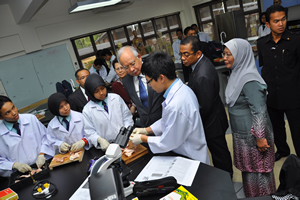 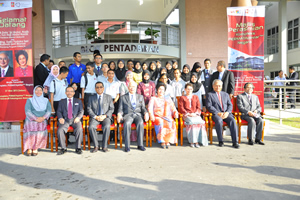 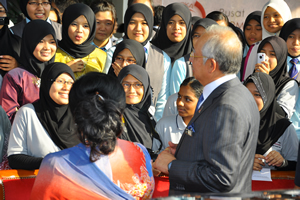