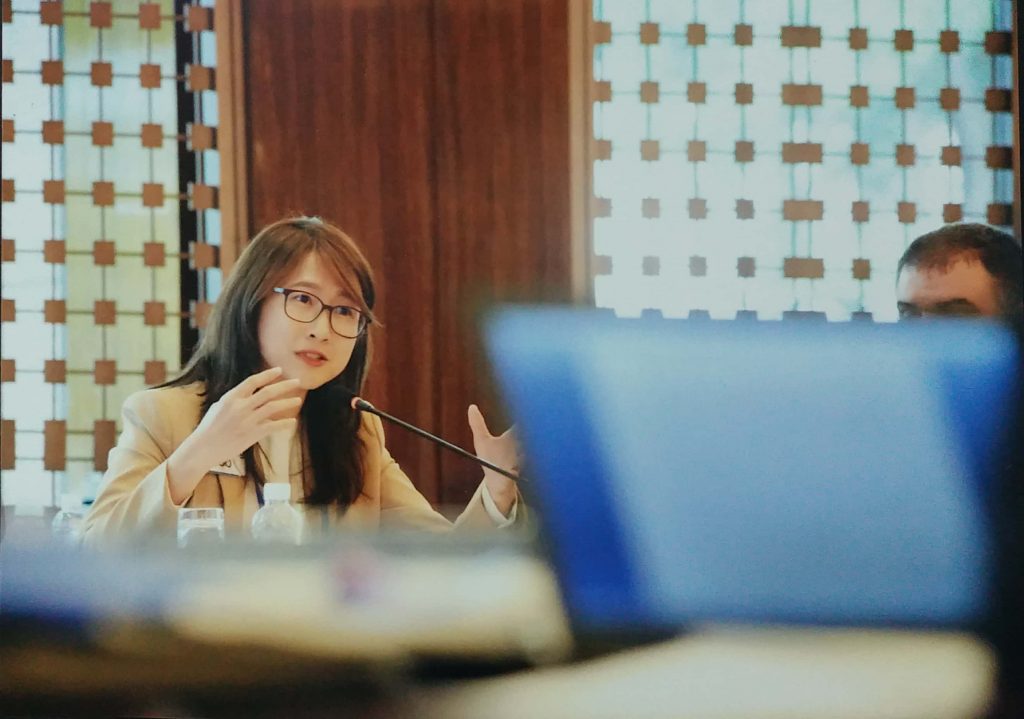 Dr. Hoo Chiew-Ping is Senior Lecturer in Strategic Studies and International Relations at the National University of Malaysia (UKM). She is concurrently a member of the Consultative Council on Foreign Policy at the Ministry of Foreign Affarirs, Malaysia; Adjunct Lecturer at the Malaysian Armed Forces Defence College and the Institute of Diplomacy and Foreign Relations of Malaysia.

While her main research focus is on the Korean peninsula security, she also works on the security and economic linkages between Northeast Asia and Southeast Asia, Southeast Asia and smaller states’ response to power and security issues, and external powers’ influence (US, China, Japan, Korea, Australia) in Southeast Asia. Hoo received her PhD in Politics and International Relations from La Trobe University, Australia.

Dr. Hoo is consulted by Malaysian and international media on Korean security issues which appear in English and Mandarin mediums, including BBC News, Wall Street Journal, Washington Post, South China Morning Post, China Review, Sin Chew Daily, among others. She can be reached at hoo@ukm.edu.my

She would often be invited to deliver guest lecture or seminar on Korean Peninsula geopolitics by local and foreign institutions, including the Malaysian Armed Forces Defence College (MPAT), National Institute of Public Administration (INTAN), and on invitation by other organizations.

Supervision:
I specialize in Korean Peninsula security affairs, and I also supervise PhD candidates and other postgraduate candidates from the coursework and master of philosophy programmes on the following topics: