Maiko Ichihara is an Associate Professor in the Graduate School of Law and the School of International and Public Policy at Hitotsubashi University, Japan. She is a committee member of the World Movement for Democracy, East Asia Democracy Forum, and Partnership for Democratic Governance (Japan), and is a co-chair of Democracy for the Future project at the Japan Center for International Exchange. Throughout her career, she has undertaken research on international relations and democracy assistance. She earned her Ph.D. in political science from the George Washington University and her M.A. from Columbia University. Her recent publications include: “The Role of Democracy Promotion in Japanese Foreign Policy” in Nicholas Szechenyi, ed., Asianism and Universalism: The Evolution of Norms and Power in Modern Asia (Washington DC: Center for International and Strategic Studies, 2019); Japan’s International Democracy Assistance as Soft Power: Neoclassical Realist Analysis (New York and London: Routledge, 2018); “The Changing Role of Democracy in Asian Geopolitics,” Carnegie Endowment for International Peace (2017); and “Japan’s Democracy Support to Indonesia: Weak Involvement of Civil Society Actors,” Asian Survey, 56-5 (September/October 2016).

Seminar on “Publishing in the Australian Journal of International Affairs” 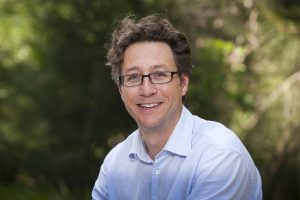 Established in 1946 (as Australian Outlook) the Australian Journal of International Affairs (AJIA) is Australia’s leading and the oldest scholarly journal in this area. AJIA is the journal of the Australian Institute of International Affairs. The Institute was established in 1933 as an independent and non-political body and its purpose is to stimulate interest in and understanding of international affairs among its members and the general public. The aim of AJIA is to publish high quality scholarly research on international political, social, economic and legal issues, especially (but not exclusively) within the Asia-Pacific region.

Seminar on Publishing in AJIA 18 May 2016Nick Bisley is the Executive Director of La Trobe Asia and Professor of International Relations. His research and teaching expertise is in Asia’s international relations, globalisation and the diplomacy of great powers. Nick is currently the Editor-in-Chief of the Australian Journal of International Affairs, the country’s oldest scholarly journal in the field of International Relations. Nick is a director of the Australian Institute of International Affairs, a member of the Council for Security and Cooperation in the Asia-Pacific (CSCAP) and has been a Senior Research Associate of the International Institute of Strategic Studies and a Visiting Fellow at the East West-Center in Washington DC. Nick is the author of many works on international relations, including Issues in 21st Century World Politics, 2nd Edition (Palgrave, 2013), Great Powers in the Changing International Order (Lynne Rienner, 2012), and Building Asia’s Security (IISS/Routledge, 2009, Adelphi No. 408). He regularly contributes to and is quoted in national and international media including Bloomberg, The Guardian (UK), Japan Times and The Economist. 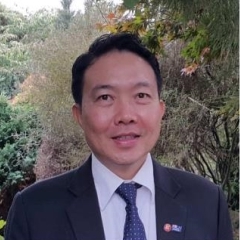