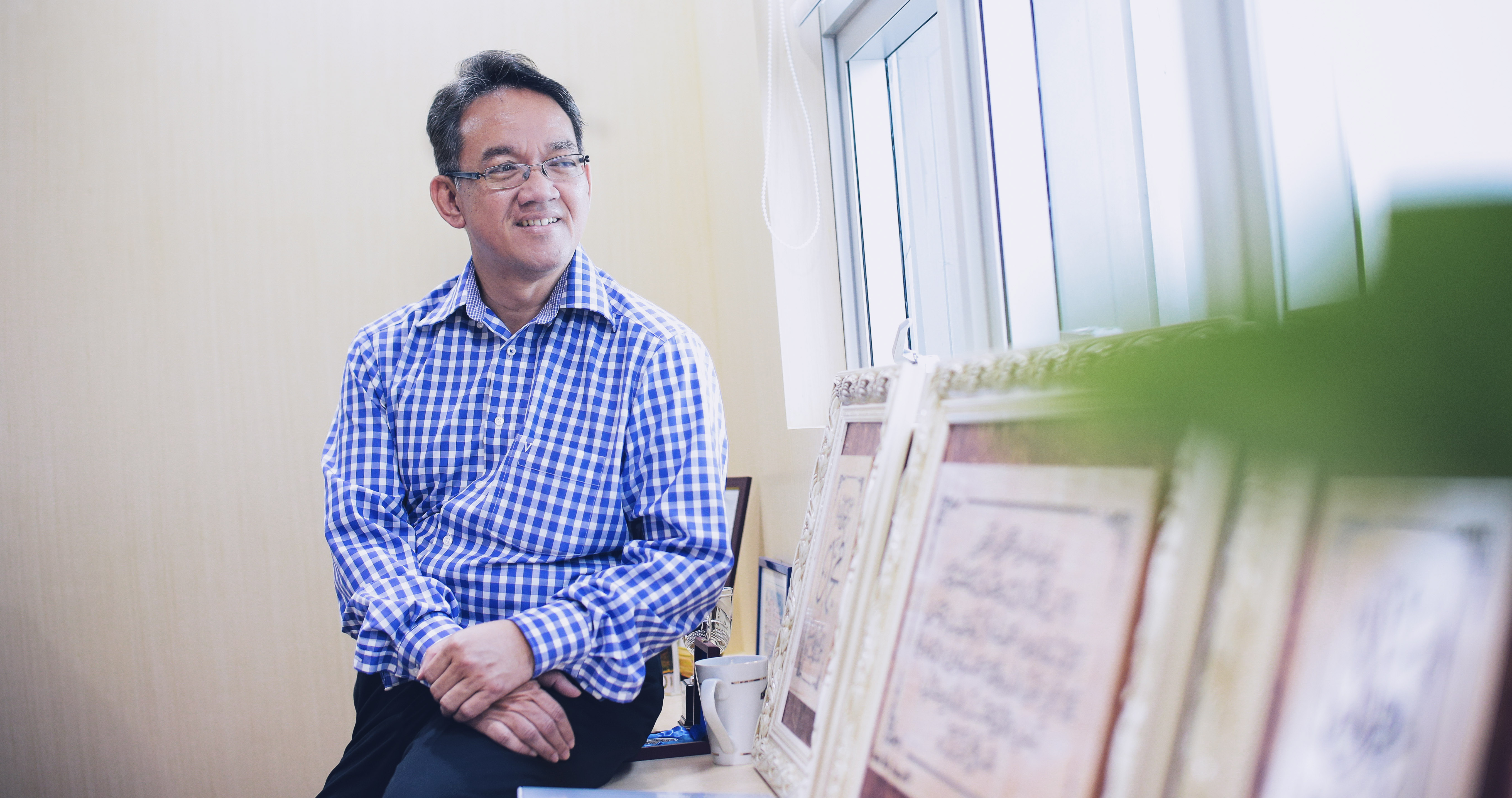 Professor Datuk Dr. A. Rahman A. Jamal is the founding director of UMBI and a professor of Paediatric Oncology and Haematology, and Molecular Biology. He has been helming the key research initiatives of UMBI since its establishment in 2003. As an esteemed researcher, clinician and one of the key drivers of molecular medicine research, he has more than 100 publications, numerous research grants and supervised more than 50 postgraduate students.

His research interest is rather diverse but the main focus is on cancers and blood disorders. Together with his research team, they have discovered various important gene signatures associated with the pathogenesis of colorectal cancer (CRC), glioma and leukaemias. He is also the patent owner of ColoPredict (Patent number: PI2014702296), a 19-gene panel developed for disease prognostication in Dukes B colorectal cancer patients. He drives new challenges in cancer research, including The Cancer Genome Atlas Malaysia (TCGA-My), and also discoveries into the role of the gut microbiome and it’s secretome in CRC.

When Malaysia sent its first astronaut to space under the ANGKASAWAN program in 2007, Prof Datuk Rahman was the chief scientist for the life sciences experiments. In fact in 2006, he was the first Malaysian scientist to participate in sending an experiment to the ISS in collaboration with NASA and the University of Colorado. His research collaboration with Malaysia’s National Space Agency (ANGKASA) has led to the establishment of the UMBI-ANGKASA Microgravity Laboratory in UMBI.

He has pioneered personalized and precision medicine in UMBI. He initiated a consortium for rare diseases with the local geneticists and also from A*STAR in Singapore. His vision for UMBI to be the leader in precision medicine using next generation sequencing technologies. UMBI now has the most advanced next generation sequencing laboratory in the nation. A number of projects are being carried out including whole genome sequencing for cancer patients and sequencing of the Malaysian CRC gut microbiota.

One of the flagship projects of UMBI is The Malaysian Cohort (TMC). This is a topdown project approved by the cabinet in 2005. Professor Datuk Rahman was appointed as project leader by the Minister of Science, Technology and Innovation. TMC is a part of the Asia Cohort Consortium, which covers 8 countries in Asia-Pacific including Japan, Taiwan, South Korea and China. TMC is a long-term research project involving more than 100,000 participants aiming to identify risk factors for chronic diseases such as cancer and diabetes, and to discover biomarkers enabling better detection and prognostication of these diseases. Besides non-communicable diseases, sero-epidemiological studies on clinically important arthropod-borne diseases such as dengue, Chikungunya and Zika amongst the TMC participants are also being carried out.

In 2010, Professor Datuk Rahman was appointed as Project Director for the Hospital Kanak-Kanak Permata UKM (HKKP-UKM). HKKP-UKM will be a dedicated hospital for paediatric patients where the specific needs of sick children will be addressed. It aims to be an iconic centre of excellence for the treatment of paediatric cases, for the training of doctors and specialists, and also for research in childhood diseases.