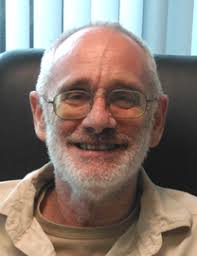 Prof Peter Brimblecombe was born in Australia, but went to university in Auckland, New Zealand where he did a PhD on the aqueous chemistry of sulphur dioxide in the atmosphere. He was until recently a Professor in Atmospheric Chemistry at the University of East Anglia, U.K. and have served as a senior editor of Atmospheric Environment in 1990. He is convinced that environmental pollution is not merely a matter of environmental chemistry. The smells have to be smelt. Painting and poetry can be as informative as a scientific description when trying to understand the complexities of environmental problems. He admires detective writers; no crap and their hearts are in the right place. The title of his book The Big Smoke was meant remind us of Philip Marlowe in The Big Sleep, so he was pleased when this academic book was reviewed as “reading like a thriller”. Recently he has been thinking much about the representation air pollution in cinema in films such as Blade Runner. He is really excited to be in Hong Kong as it offers great potential to explore the way we are exposed to air pollutants and consider how such exposures might be reduced. 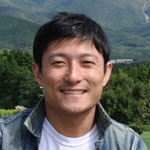 Dr Hiroshi Tanimoto is the Head of Global Atmospheric Chemistry Section at National Institute for Environmental Studies (NIES) in Tsukuba, Japan. He received his PhD in Chemistry from The University of Tokyo in 2001 and was a visiting scholar at Harvard University during 2007–2008. Dr. Tanimoto has been working in the field of atmospheric composition in Asia and Oceania regions. Over the past years, his group has developed novel instruments, made field measurements at surface stations and on ships, and analyzed the data with extensive use of chemistry-transport models and satellite observations to investigate atmospheric chemistry and its impacts on global change. In particular, he has been studying tropospheric ozone issues, including long-term ozone trends in East Asia, contributions from anthropogenic/ biomass burning emissions, and long-range transport of ozone and its precursors. He recently extended his research to air-sea interaction and ocean biogeochemistry. He currently serves as the co-chair of the International Global Atmospheric Chemistry (IGAC) project, as well as the chair of IGAC-Japan National Committee and the co-chair of IGAC-MANGO. 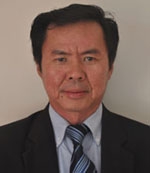 Professor Fredolin Tangang is a Professor of Climatology and Oceanography at the School of Environmental and Natural Resource Sciences, Faculty of Science and Technology, Universiti Kebangsaan Malaysia. He is also an Adjunct Professor at the Ramkhamhaeng University Center of Regional Climate Change and Renewable Energy (RU-CORE), Bangkok, Thailand. He is an Associate Fellow of the Natural Disaster Research Center (NDRC), Universiti Malaysia Sabah and also Fellow of the Academy of Sciences Malaysia (ASM). Prof. Fredolin is also a member of the Scientific Expert Panel (SEP) of the National Disaster Management Agency (NADMA). Prof Fredolin served as a Vice-Chair of Working Group I of the Intergovernmental Panel on Climate Change (IPCC) from 2008 – 2015. Prof. Fredolin obtained his BSc from University of Malaya and MSc from Iowa State University, USA, in 1985 and 1987, respectively. In 1997 he obtained his PhD from University of British Columbia, Vancouver, Canada, where he researched and developed a model to forecast the El Niño – Southern Oscillation (ENSO) phenomenon. For the last 20 years, his research focuses on climate variability and climate change over the Southeast Asia region, particularly Malaysia. He writes numerous articles in international journals and his publications can be accessed in googlescholar. Since 2013, Prof Fredolin heads the Southeast Asia Regional Climate Change (SEACLID)/CORDEX Southeast Asia project (http://www.ukm.edu.my/seaclid-cordex/) and also serves as a member of the Scientific Advisor Team (SAT) of CORDEX.