Plenary speeches will be given during the plenary sessions. This offers the opportunity for fuel cells professionals and experts who are influential thought leaders in the field to convene and discuss topics of interest to a broad range of delegates. The speakers will share their perspectives on the principles to follow, highlight promising practices and trends around the world, and explore cutting edge thinking. Learn more about the pertinent questions to be addressed by the speakers during these plenary sessions. 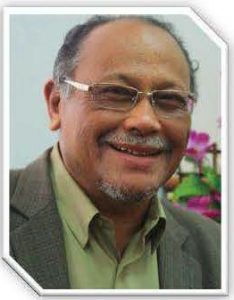 Prof. Dato’ Ir. Dr. Wan Ramli Wan Daud FASc received his PhD from the University of Cambridge, United Kingdom in 1984 in Chemical Engineering. He served as the Head of the Department of Chemical & Process Engineering in 1985-1988 and as the Deputy Dean of the Faculty of Engineering in 1990-1992 and 1996–1998. He is a Professor of Chemical Engineering at the Department of Chemical & Process Engineering, Faculty of Engineering & Built Environment, UKM and one of the pioneer researchers who started fuel cell research in Malaysia. He founded the Fuel Cell Institute, Universiti Kebangsaan Malaysia (UKM) in 2007 and is currently a Senior Research Fellow at the Institute. He was elected a Fellow of the prestigious Academy of Science Malaysia in 2012 and has received numerous accolades and awards in recognition for his excellent contribution to science and technology, especially in the field of fuel cells. 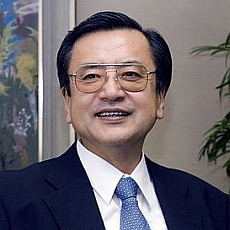 Prof. Dr. Hirohisa Uchida received his PhD in Metallurgy from University of Stuttgart, Germany in 1977 and continued his research as a Post-Doctoral Fellow up to 1981 at the Max-Planck-Institute (MPI) for Metals Research. He is a Professor in the School of Engineering at Tokai University, Japan. He has served as Vice-Chancellor (2007-2009), as well as Deans for the School of Engineering (2003-2009), the School of Information & Design (2003-2008), and the Tokai Institute of Global Education and Research (TIGER)(2009-2011). He is the current President & Chief Executive Officer (CEO) of the Kanagawa Science Park Inc. (KSP) since 2013 and the President & Executive Board Member of the Asian Science Park Association (ASPA) since 2014. He is also serving as Fellow, Officer & Vice President for the International Association for Hydrogen Energy (IAHE), Honorary Editor for the Journal of Alloys and Compounds (JALCOM), Elsevier, and Editorial Executive Board Member, International Journal of Hydrogen Energy (IJHE), Elsevier, among others. His honors include the IAHE & UNIDO Award for Excellent Scientific Achievement in Hydrogen Energy (2005, 2007) and the IAHE Fellow for Active and Excellent Contributions to Academic and International Society in the field of Hydrogen Energy (2014), and many more. He has published nearly 20 books and 300 academic articles for academic papers related to Materials Science, Science & Technology, Education, Human Security, Eco-Technology, Energy Policy. 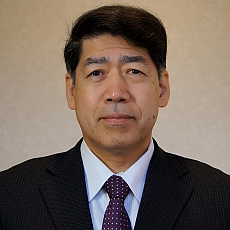 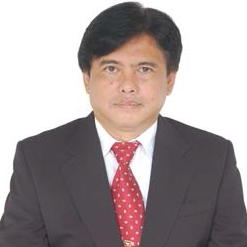 Dr. Ir. Unggul Priyanto received his Bachelor degree in Chemical Engineering, at Bandung Institute of Technology, Indonesia; Master of Science in Chemical Engineering, at University of Leeds, UK; Doctor of Engineering in The Optimization of Coal Liquefaction Process at Kyushu University, Japan. He is currently the Director of Energy Resources Development Technology for The Agency for Assessment and Application of Technology from 2004 to 2010 and a researcher in clean coal technology and biomass utilization technology from 1989 to 2004. 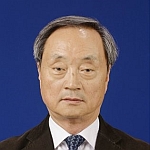 Prof. Dr. Kim Byung Hong received his PhD in Microbiology from the University College, Cardiff (University of Wales, UK) in 1977. He worked at the Korea Institute of Science and Technology as a researcher in 1971 and is currently an Emeritus Scientist at the university. He has also worked as a consultant at the University of Southern California (2006-2007), Malaysia Nuclear Agency (2009), and National University of Ireland Galway (2010), and as a Professor at the Korea University in 2008-2010. His honors include the Presidential Award from the Korean Government (1997), Jangyoungsil Award for the Best Invention of the Year (2002), Academic Award from the Korean Society for Microbiology and Biotechnology (2003), and many others. He is currently an Adjunct Professor in the Fuel Cell Institute at the Universiti Kebangsaan Malaysia and an Emeritus Professor at the Korea Institute of Science and Technology. His research fields of interest are Microbial physiology (anaerobes), Environmental Biotechnology, and Bioelectrochemistry (microbial fuel cell). He is an experienced researcher in works such as the microbiological utilization of cellulosic materials, waste water treatment to produce compost, stabilization of anaerobic digester by modulating hydrogen metabolism, and carbon monoxide-utilizing anaerobes other than methanogens. In his work for microbial electrochemical technologies (METs), he discovered some bacteria to be electrochemically active and can be utilized in METs, including in microbial fuel cell, to use contaminants in wastewater as fuel for generating electricity. He has published 2 books and over 300 articles, as well as more than 30 Korean and International patents.

“Implementations and Activities of Fuel Cell Technology in Indonesia” 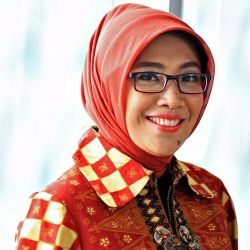 Prof. Dr.-Eng. Eniya Listiani Dewi completed her PhD in Engineering at Waseda University, Tokyo, Japan, in 2003. She currently works at the Agency for the Assessment and Application of Technology (BPPT) as senior researcher since 2004 and went on to become a Professor in 2015. She was the Division Head of the New and Renewable Technology and the Director for Materials Technology Center in 2014-2015 and has been active since 2013 as one of the Board Directors for the International Association Hydrogen Energy (IAHE), as well as the Chair for Indonesian Association for Fuel Cell and Hydrogen Energy (INAFHE) that runs the consortium of fuel cell and hydrogen of Indonesia since 2014. She has also served as the Deputy Chairperson for Agro-industrial Technology and Biotechnology-BPPT since 2015. Her interests are on electron transfer phenomenon on the nanocatalyst, hydrocarbon polymer materials, PEM-fuel cell, zinc-air fuel cell batteries, as well as hydrogen production from biomass and PEM-electrolyser. She has published many scientific journal articles and received numerous awards, such as the Mizuno Award, Koukenkai Award, Asia Excellent Award, Best Scientist Award, Engineering Award, Medco-Energy Research Award, Patent Innovation Award, The Habibie Award, and Indonesia Satyalancana Development Award.

“Perspectives of Renewable energy in Korea with future hydrogen society”

Prof. Dr. Kyung Nam Kim received his PhD in Business Administration (Finance) from Hongik University, Korea in 2011. While doing his PhD, he also worked in the industry that includes serving as the CEO at AJU Energy Co., Vice President at Mopiens Co., Director at at SAP Korea, Manager at Korea Investment Co., and Manager at LG Securities (LGERI). After he worked as an Invited Professor at Green School in Korea University from 2012 for two years, he currently works at the university as an Associate Professor. Since 2014, he has served on the editorial board of the Journal of New & Renewable Energy and as the Director of The Korean Society for New and Renewable Energy (KSNRE), which focuses on new & renewable energy. His current fields of interests include the application of financial models for the electricity market, the evaluation of energy policies in Korean solar energy industry, and the impact analysis of environmental accounting in corporate strategy and implementation. He is a known expert in energy sector (Energy policy, business, finance and technologies), in the financial sector (Investment, Treasury management and Finance, based on process and system development), and in Business and Strategy, especially for SMEs.

“Current policy and activity on hydrogen energy in Japan” 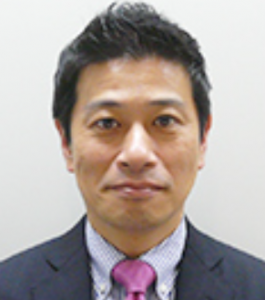 Eiji Ohira is the Director for Fuel Cell and Hydrogen Technology Group, New Energy Technology Dept., New Energy and Industrial Technology Development Organization (NEDO). He joined NEDO in 1992 and worked at the Massachusetts Institute of Technology as a visiting scholar in 1997. He has also served in several positions, including the Representative at the NEDO Asian Representative Office and the Director of the Energy Storage Technology Division. Since April 2013, he is the Project Manager for NEDO’s hydrogen and fuel cell technology R&D program.

“Characterization and Understanding of Active and Durable Nanoscale Cathode Catalysis in PEFCs by In situ/Operando, Time-Resolved (Real Time) and Spatially-Resolved (Imaging) XAFS and X-ray Techniques”

Prof. Dr. Yasuhiro Iwasawa received his PhD from Department of Chemistry at the University of Tokyo in 1973 and went on to become the Dean of the Faculty of Science and Graduate School of Science in the University of Tokyo in 2005-2007. He has served as the President of Catalysis Society of Japan, the Surface Science Society of Japan, and the Chemical Society of Japan. He was also the Head of Science and Technology Section of Science Council of Japan, Cabinet Office in 2008–2011. His honors include National Medal with Purple Ribbon from the Emperor and Prime Minister (2003), The Chemical Society of Japan Award (2004), and many others. He is currently the Director of Innovation Research Center for Fuel Cells at the University of Electro-Communications Tokyo and an Emeritus Professor at the University of Tokyo. He has had a major impact on catalysis research and surface chemistry through the novelty of his pioneering research strategy and concept, integrating of synchrotron x-ray absorption fine structure (XAFS), surface science and metal-complex chemistry into catalysis, and surface chemistry, particularly based on modern physical techniques such as in situ time-resolved XAFS under the working conditions and surface synthesis of active structures in the molecular scale and nanoscale for efficient catalysis involving fuel cell operations. He has published 11 books and more than 700 articles. 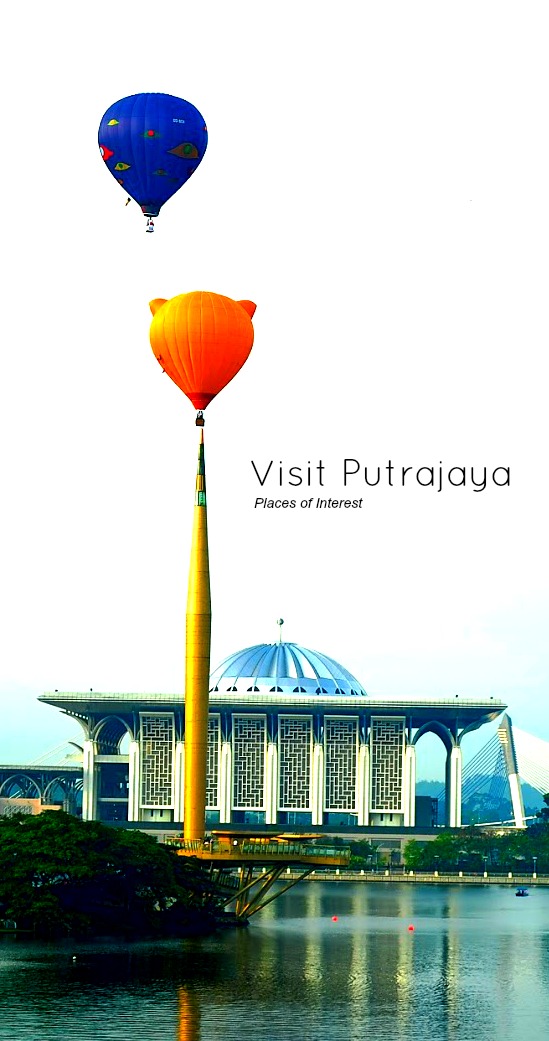