THE 4th SIMON BOLIVAR PUBLIC LECTURE SERIES: “LATIN AMERICANS: WHO ARE WE?” 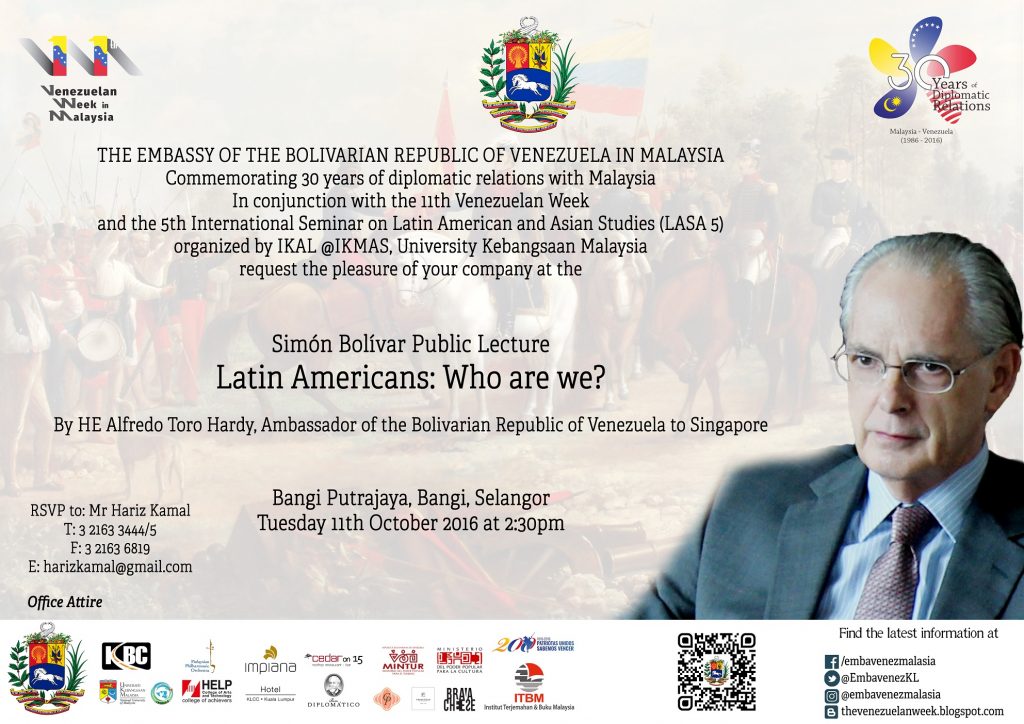 Bangi, Selangor October 11, 2016 – To commemorate the launching of LASA5, the 4th Simon Bolivar Public Lecture was held at Bangi Putrajaya Hotel with the title “Latin Americans: Who are we?”

What are the similarities and the differences between the diverse Spanish speaking Latin American countries? Why did the United States and Latin America take a different path? Can we speak of Latin America and the Caribbean region as a single entity? All these questions aim at providing a general but comprehensive overview about that region of the world.

He has been a Member of the Advising Committee of the Diplomatic Academy of London, a Fulbright Scholar, a Rockefeller Foundation Bellagio Centre Resident Scholar, a Visiting Professor at the universities of Princeton and Brasilia and an on-line Professor at the University of Barcelona. He was Director of the Centre for North American Studies and Coordinator of the Institute of Higher Latin American Studies at the Simon Bolívar University in Caracas.

He was elected by the University Of Cambridge Council Of Faculties as “Simon Bolívar Chair Professor” for the period 2006-2007, but had to decline due to his diplomatic career.  He has authored or co-authored thirty books on international affairs. His latest book dealt about the complex economic partnership between China and Latin America and was published in 2013 by World Scientific under its Series on Contemporary China. Two of his works received awards at the Expo America Book fairs celebrated in Chicago and Los Angeles in 2003 and 2008, respectively. He has also authored more than thirty papers on international affairs published in reputed academic journals. 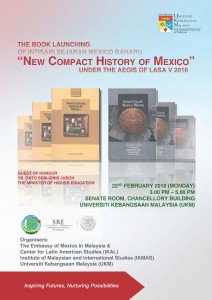 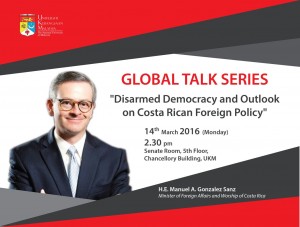 His Excellency Manuel A. Gonzalez Sanz gave his speech on the issue and was later discussed in a Q&A session with other members of the talk. Exchange of Tokens & Photo Session concluded the event.

IKMAS High Level Public Lecture: in commemoration of the 40th anniversary of bilateral relation between Cuba and Malaysia 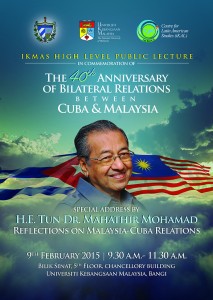 To commemorate the 40th anniversary of bilateral relations between Cuba and Malaysia, iKAL in collaboration with IKMAS has organized a program attended by special guests; ex-premier Tun Mahathir Mohamad and his wife, Tun Dr Siti Hasmah Mohamad Ali. 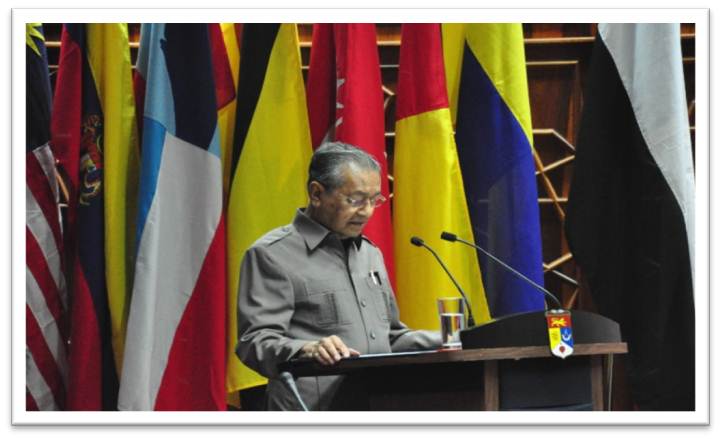 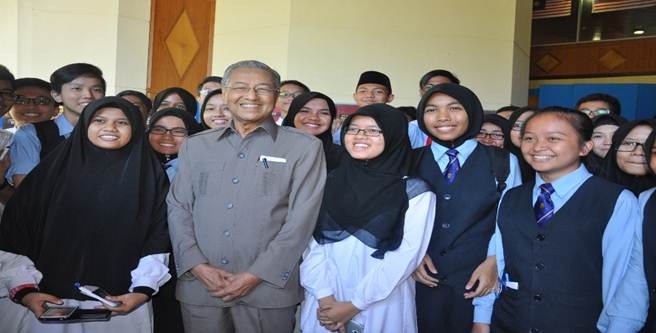 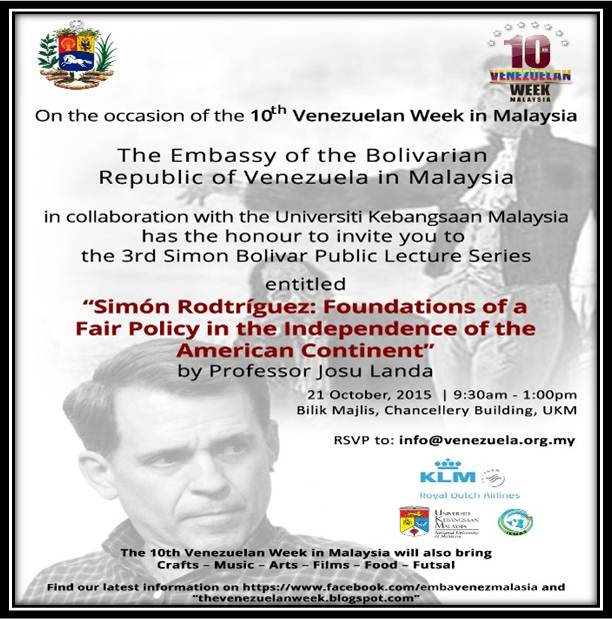 On October 21, 2015, “The 3rd Simon Bolivar Public Lecture Series” was held and presented by Professor Josu Landa from the National University of Mexico, Mexico. The event began at 9.30 am until 1.00 pm at the UKM Council Room, 5th floor, Chancellery building, UKM. 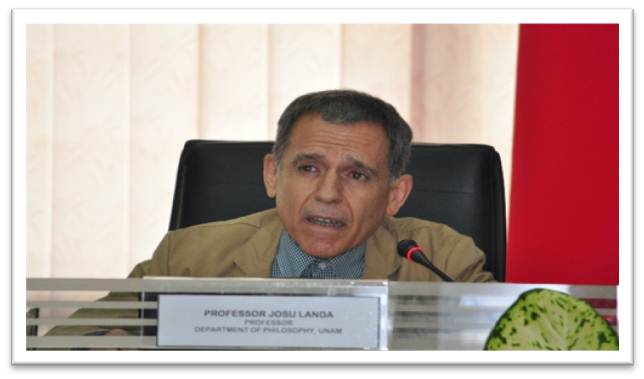 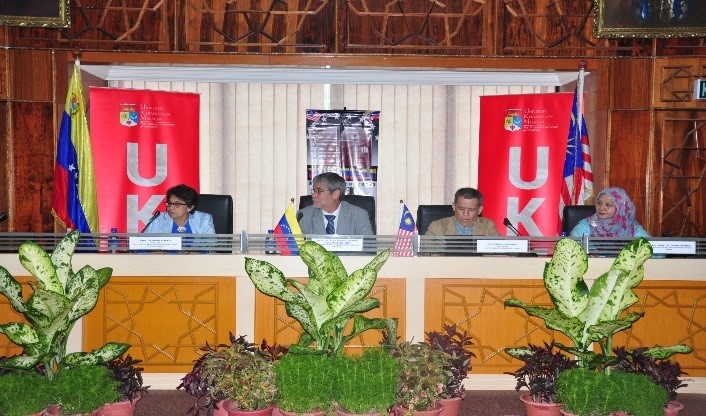 Embassy of the Bolivarian Republic of Venezuela in Malaysia, Head of the Center of Latin American Studies (IKAL) And IKMAS Director, UKM

His lecture focuses on Simon Rodriguez: Foundations of a Fair Policy in the Independence of the American Continent.

The main purpose of this event is to acquire knowledge and information about the fundamental principles of justice in the freedom of the Americas. It promoted sharing of information by Prof. Josu Landa to students and campus citizens. The event concluded with the Embassy of food and refreshments form both Bolivarian Republic of Venezuela and Malaysia. 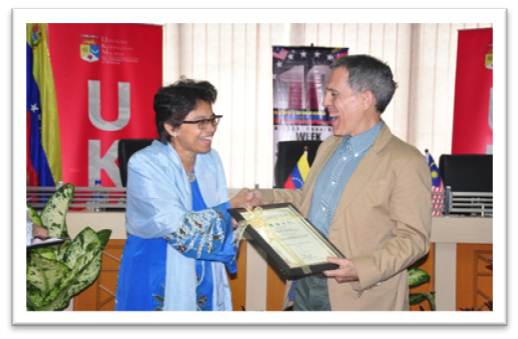 A token of appreciation  from Prof. Dr Rashila Ramli to Prof Josu Landa 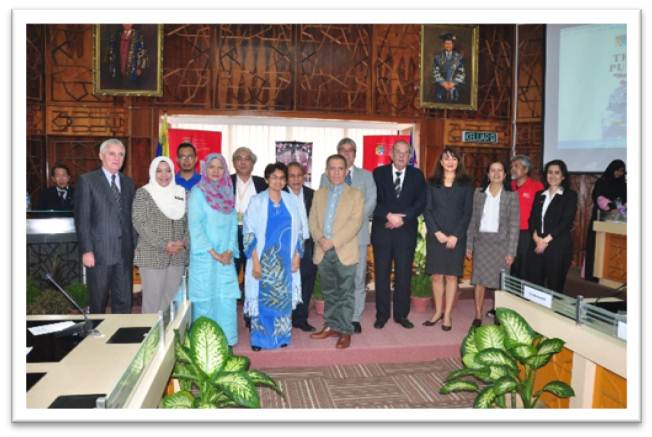 This program is the second series of the Simon Bolivar Public Lecture. The lecture was presented by Professor Luis Britto Garcia titled “Simon Bolivar and Latin American Integration” 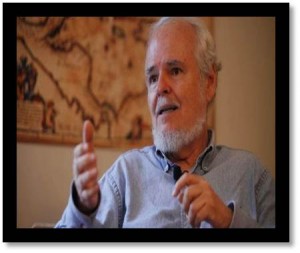 Professor Luis Britto Garcia is a narrator, an essayist, a playwright, an artist, as well as a Doctor of Law and an academician who has won numerous awards in the field of Literature. As a member of the State Council with vast experience, he has much knowledge to share on literature and integration. His position as a Professor in the Faculty of Economics and Social Sciences at Central University of Venezuela since 1988 brings interesting insights about integration from the Venezuelan perspective. He was conferred the National Prize for Literature of Venezuela in 2001 and in 2010 he was awarded the ALBA (Bolivarian Alliance for the Peoples of Our America) Cultural Award in Letters; both for his extensive work which provides noteworthy know-how on South-South BOLÍVAR AND LATIN AMERICAN INTEGRATION ABSTRACT LUIS BRITTO GARCIA

In Latin America, the ideas and attempts of integration have developed extensively since the struggle against the Spanish and Portuguese colonization. The beginning of the process of the integration of Latin America was possible through the vision of the famous South American leader Simón Bolivar. He was a Venezuelan liberator, established his belief in a truly united America in his messages to the Congresses of Angostura (1819), which is considered to be the first attempts at continental integration.

For more than 200 years, Latin America has experimented with different ideas regarding regional integration and today the idea is very much alive with the creation of the Alianza Bolivariana para los Pueblos de Nuestra América (ALBA), Unión de Naciones Suramericanas (UNASUR) and Comunidad de Estados Latinoamericanos y Caribeños (CELAC), among others, which are the new forms of alliances created over the last decade, arguing that Latin America integration is still a plausible dream of unity and solidarity. The lecture will explore the historical journey on what has been done in Latin American integration from the early days of Simon Bolivar until today. 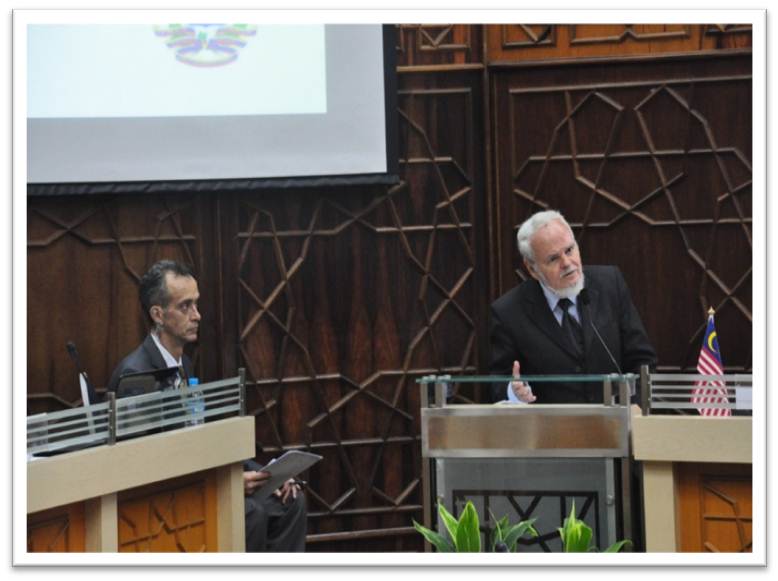 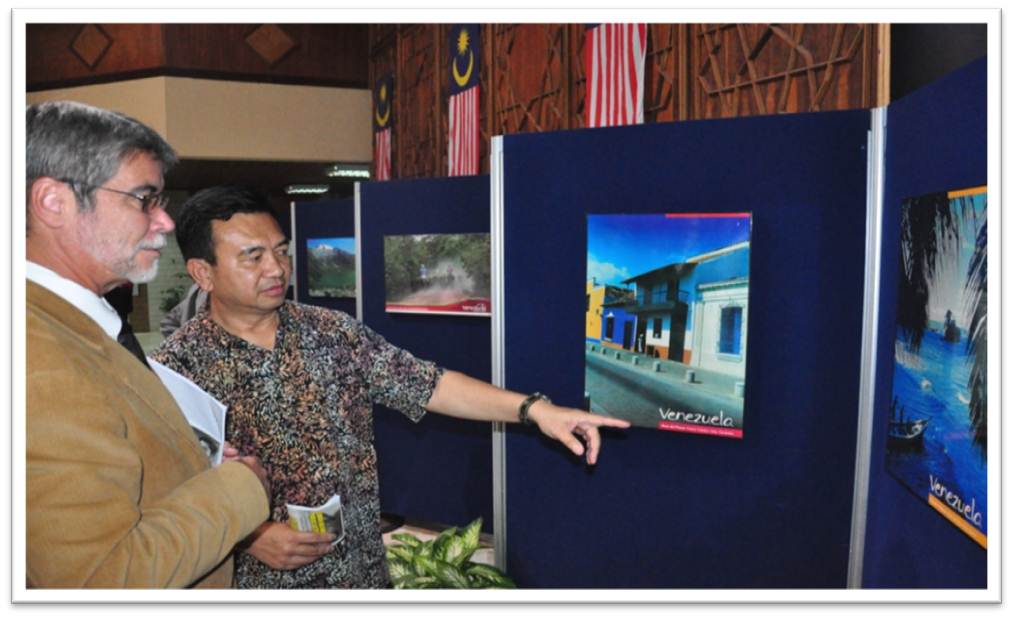 Among the areas of knowledge that is available in the Chancellory building, UKM 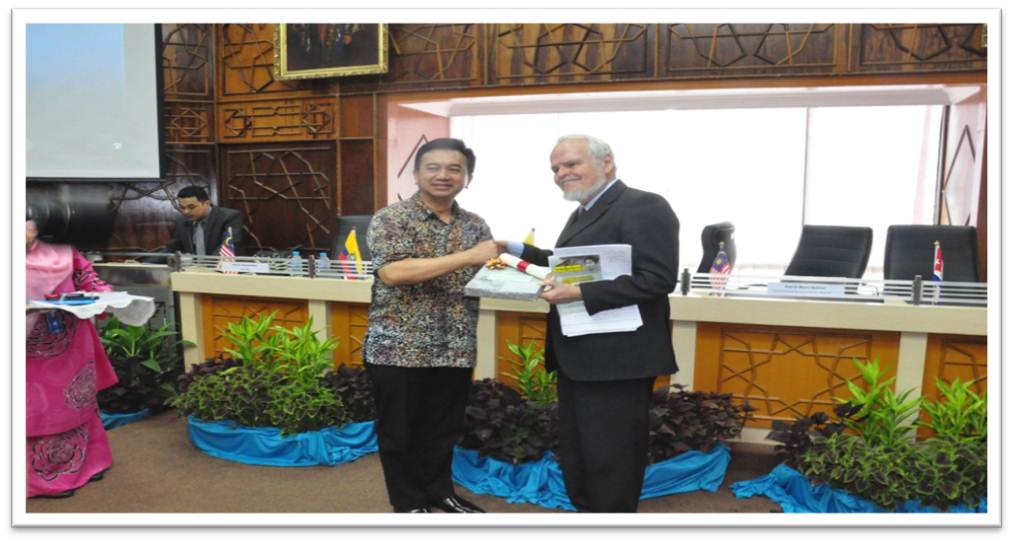 The awards was given to the speakers 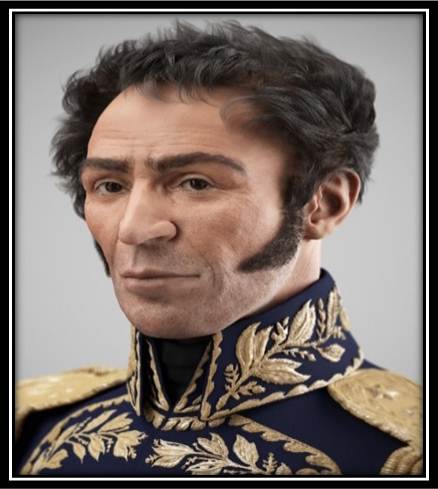 Simon Bolivar is a recognized leader in Latin America. He was the liberator of Venezuela, established his beliefs in America.

The Simon Bolivar Public Lecture “Bolivar Two Eras, One Resolution” along with the launching of the Centre for Latin American Studies (iKAL) was the first event held by iKAL. This event was organised by the Institute of Malaysian & International Studies (IKMAS), UKM and Embassy of The Bolivarian Republic of Venezuela on the 3rd October 2013 at the Senate Room, UKM. 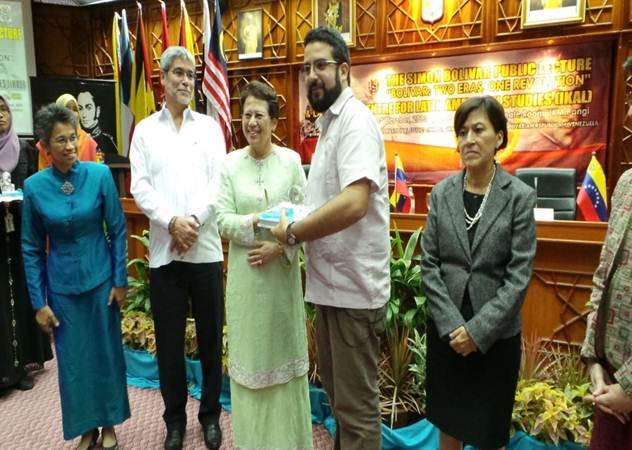 The award was given to invited guests 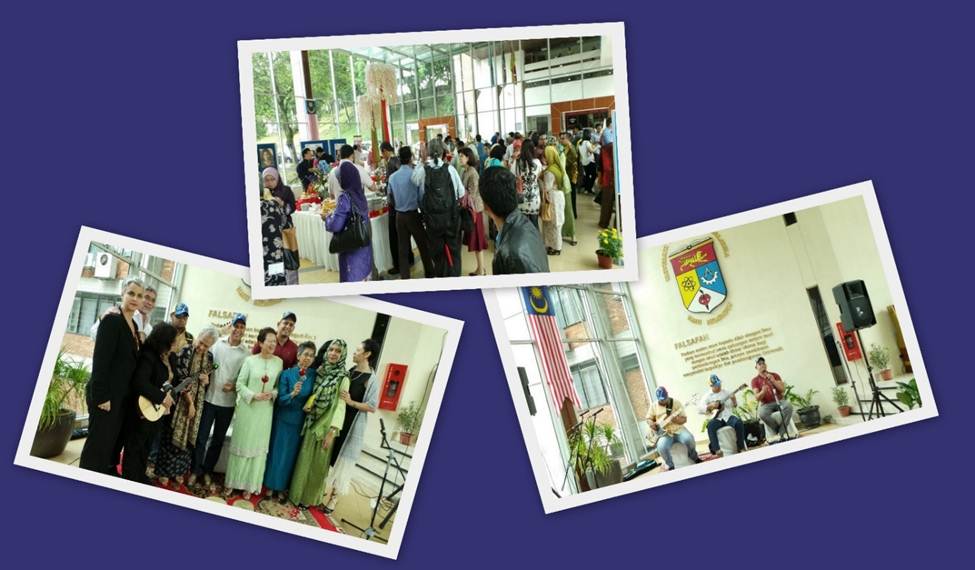 Among the events that took place at the Chancellory Building, UKM 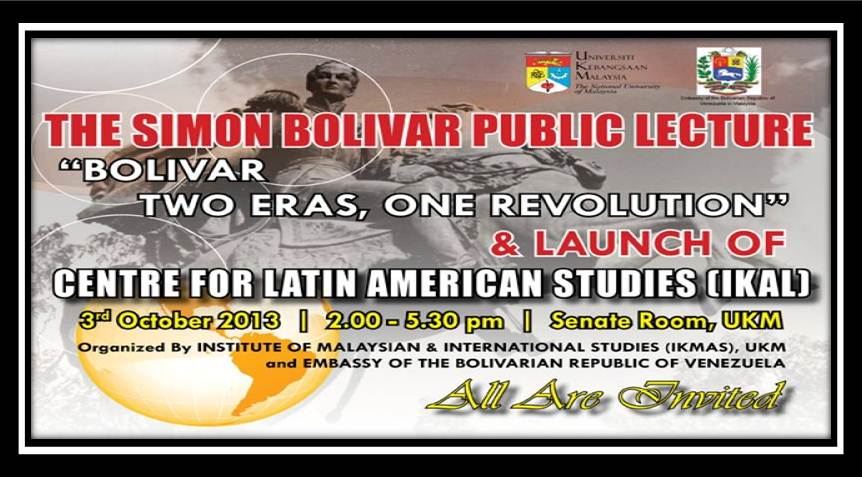