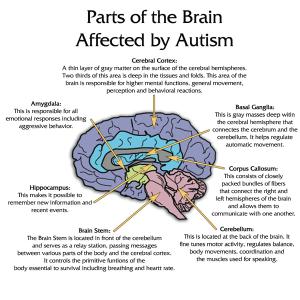 Not long ago, the answer to this question would have been “we have no idea.” Research is now delivering the answers. First and foremost, we now know that there is no one cause of autism just as there is no one type of autism. Over the last five years, scientists have identified a number of rare gene changes, or mutations, associated with autism. A small number of these are sufficient to cause autism by themselves. Most cases of autism, however, appear to be caused by a combination of autism risk genes and environmental factors influencing early brain development.

In the presence of a genetic predisposition to autism, a number of nongenetic, or “environmental,” stresses appear to further increase a child’s risk. The clearest evidence of these autism risk factors involves events before and during birth. They include advanced parental age at time of conception (both mom and dad), maternal illness during pregnancy and certain difficulties during birth, particularly those involving periods of oxygen deprivation to the baby’s brain. It is important to keep in mind that these factors, by themselves, do not cause autism. Rather, in combination with genetic risk factors, they appear to modestly increase risk.

A growing body of research suggests that a woman can reduce her risk of having a child with autism by taking prenatal vitamins containing folic acid and/or eating a diet rich in folic acid (at least 600 mcg a day) during the months before and after conception. Increasingly, researchers are looking at the role of the immune system in autism.

How is autism diagnosed? 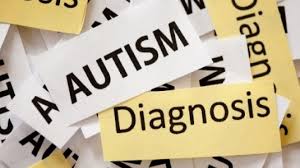 If autism symptoms are present, the doctor will begin an evaluation by performing a complete medical history and physical and neurological exam. Although there are no laboratory tests for autism, the doctor may use various tests, such as X-rays and blood tests to determine if there is a physical, genetic, or metabolic disorder causing the symptoms.

If no physical disorder is found, the child may be referred to a specialist in childhood development disorder, such as a child and adolescent psychiatrist or psychologist, pediatric neurologist, developmental-behavioral pediatrician, or another health professional who is specially trained to diagnose and treat autism. The doctor bases his or her diagnosis on the child’s level of development, and the doctor’s observation of the child’s speech and behavior, including his or her play and ability to socialize with others. The doctor often seeks input from the child’s parents, teachers, and other adults who are familiar with the child’s symptoms.

Are there any available treatments for autism? 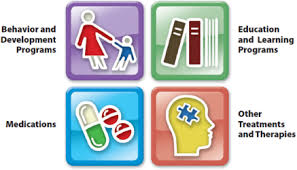 There currently is no cure for autism, but treatment may allow for relatively normal development in the child and reduce undesirable behaviors. Children with autism generally benefit most from a highly structured environment and the use of routines. Treatment for autism may include a combination of the following:

Can Autism Be Prevented? 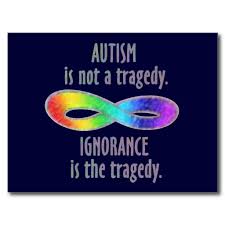 There is no known way to prevent or cure autism. However, early diagnosis and intervention is critical and may help to maximize a child’s ability to speak, learn, and function. It is very important that all children see a pediatrician regularly so that any signs of autism can be detected early.