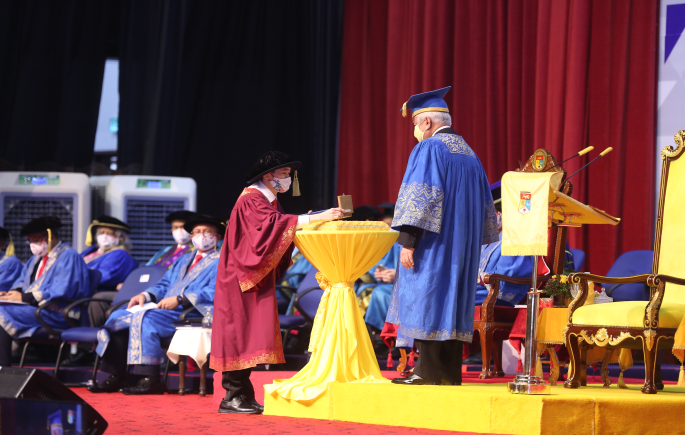 There’s a reason why Cosmos Caudatus or Ulam Raja is touted as the King of Ulam.

According to Universiti Kebangsaan Malaysia (UKM) lecturer Dr You Yee Xing, 28, Ulam Raja has a promising and potential value of polyphenol and antioxidant content, which have been proven effective in preventing memory loss and increasing cognitive function in the elderly.

You, who is from the Centre for Healthy Ageing and Wellness, UKM Faculty of Health Sciences developed Ulam Raja supplement which works by lowering lipid peroxidation, increasing serum glutathione levels, and activating the brain which can help prevent cognitive decline.

The project leader of this project is Professor Dr. Suzana Shahar, dean of UKM Faculty of Health Sciences and funded by Fundamental Research Grant Scheme (FGRS) provided by the Ministry of Education Malaysia and Dana Impak Perdana provided by UKM.

“The cognitive function of the elderly will decrease with age. To reduce the risk of dementia and cognitive decline, I came out with this supplement for the older adults and investigate the efficacy of this supplement on cognitive improvement.

“The study involved 48 older adults with mild cognitive impairment aged 60 to 75 years old who consumed the supplement for a period of 12 weeks.

“Twenty-four of them were given the Ulam Raja supplement to consume, while the remaining 24 were given placebos. The study design is double-blind placebo-controlled clinical trial. The distribution of the supplement had not been disclosed to me and the participants in order to reduce bias in this study.

“I was only exposed to the truth after a period of sampling and analysis had been completed.

“The participants’ fasting serum lipids, blood sugar, kidney, and liver functions were tested at the baseline and post-intervention to determine whether or not the supplement is safe to consume or they had experienced any adverse events from taking the supplement.

“The research was registered under the International Standard Randomized Controlled Trial and conducted in accordance with Good Clinical Practice Guidelines and the ethical principles of the Declaration of Helsinki 1964,” he said.

You mentioned that his study used functional magnetic resonance imaging (fMRI) to test the participants’ cognitive function before and after they took the supplement.

He further revealed that those who took the supplement had significant increment in brain activation when compared to those who consumed placebos.

According to him, the supplement also improves global cognitive function, working memory, reduces stress and mood disturbances among the elderly.

“It has been proven that Ulam Raja, which is high in antioxidants and other nutrients, can help prevent cognitive decline in older people,” he said.

Additionally, the study is expected to benefit the economy by promoting the expansion of agro based industries and agriculture associated with Ulam Raja.

Growing up, You said that he and his family has never consumed traditional ulam.

“It is not very common for us to eat raw ulam. When my supervisor first suggested this topic, I was a bit hesitant. However, after my own research reviews and a lot of readings, I realised that Ulam Raja has a lot of potential.

“At first, I planned to incorporate Ulam Raja in everyday food products like biscuits or beverages, but this ulam is very unique and sensitive. My team attempted to retain its nutrients, but it proved difficult because it loses its active compounds when exposed to high temperatures.” he added.

The most challenging aspect of his research is dealing with human subjects.

“It’s critical for me to follow ethical principles and ensure that the research was carried out in the most responsible and ethical manner possible,” he explained.

You stated that he has filed a patent for the supplement and that the commercialisation process is currently underway.

He has successfully published 23 papers in reputable journals, including journal articles, conference papers and book chapters related to the field of study.

“I am proud to get a chance to pursue my degree and PhD in UKM. The university has helped a lot in achieving my dreams and shaping my future,” he said.

His early education was at Sekolah Jenis Kebangsaan Cina (SJKC), but with the goal of becoming fluent in Malay, he continued his studies at UKM – a university that upholds the Malay language. 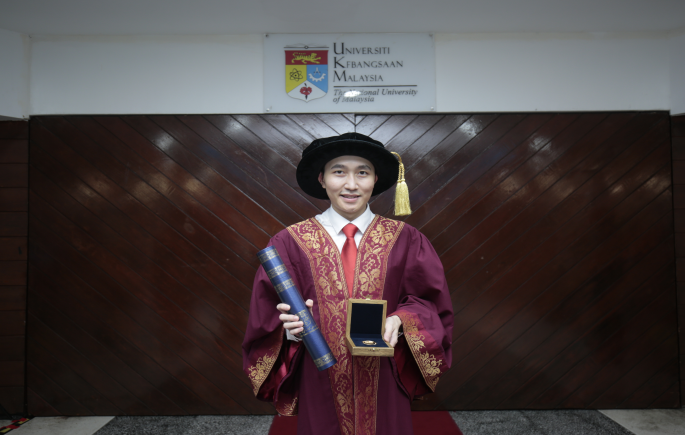