Since its establishment on May 18, 1970, Universiti Kebangsaan Malaysia (UKM) has not only fulfilled the vision of its founding fathers to accord Bahasa Melayu as the language of learning and scholarship but has also successfully produced intellectuals and scholars who are among the nation’s pride.

Starting out with only three faculties, it has since grown into 13 faculties, 13 research institutes of excellence and two commercial entities, UKM Holdings Sdn. Bhd. and UKM Technology Sdn. Bhd. It has thus grown not just in size, but also stature, becoming a research institute in various fields of study including operating various research centres.

Aware of the changes taking place in the academic landscape, UKM is taking steps to address them. One is through e-Learning to prepare students through innovative teaching and forward–looking curriculum to meet demands of the new economic needs. It nurtures research to provide solutions to pressing problems while also engaging with the community and industry, to strive for sustainable development both at the national and international levels.

The first outburst of ​​the need for higher education for the Malays occurred during the Kings’ Council Meeting 1903. A scholar Za’ba wrote about the idea in the ‘Lembaga Melayu’ press in 1917. Thoughts movement, debate and determination by the Malay intellectuals to establish a university that uses the Malay language as the language of instruction in a tertiary institution began in 1923 when Abdul Kadir Adabi, another Malay intellectual, submitted a memorandum suggesting the idea to the Sultan of Kelantan. However, such thoughts and determination failed to be materialized due to various obstacles and colonialism pressure.

Based on excellence in the field of research for more than four decades, UKM was selected as one of the research universities in Malaysia in 2006. The consolidation of research is followed by the creation of eight niche areas namely , Cabaran Membina Negara-bangsa, Pembangunan Lestari Wilayah, Tenaga Keterbaharuan, Teknologi Kesihatan & Perubatan, Perubahan Iklim, Nanoteknologi & Bahan Termaju, Kepelbagaian Biologi dalam Pembangunan Bioteknologi dan ICT: Informatik Isian.

UKM was awarded the status of Self-accrediting Institution on 29 April 2010. Self-accreditation status gives more power to top-performing universities in this country to do their own self-assessment

Autonomy status given to UKM will make it more cost effective and will rise to the occasion as it moves towards excellence.

UKM feels fortunate and grateful for having overcome various obstacles during its 49 years of establishment. The success of UKM today is the success of all parties involved. The university treasures and thanks to everyone in UKM who have worked together in enhancing the excellence of UKM. On 18 May 2020, UKM will once again make history by celebrating its 50th anniversary, the Golden Jubilee celebration.

History Of The Establishment

The first outburst of the need for higher education for the Malays occurred during the Kings’ Council Meeting 1903. A scholar Za’ba wrote about the idea in the ‘Lembaga Melayu’ press in 1917. Thoughts movement, debate and determination by the Malay intellectuals to establish a university that uses the Malay language as the language of instruction in a tertiary institution began in 1923 when Abdul Kadir Adabi, another Malay intellectual, submitted a memorandum suggesting the idea to the Sultan of Kelantan. However, such thoughts and determination failed to be materialized due to various obstacles and colonialism pressure.

From 1957 to 1967, striving to establish a national university intensified to fulfill the demands and the spirit of patriotism for the nation and the country. In 1968, Malay scholars founded a sponsoring committee that planned to establish a national institution. Various culture forums and political talks were held to obtain the government and people’s support to form a higher education institution with the Malay language as its medium of communication in all research fields and studies. The struggle that never ceased achieved its success with the establishment of Universiti Kebangsaan Malaysia (UKM) on 18th May 1970 that started its first operations in Lembah Pantai, Kuala Lumpur. The first batch of graduates consisted of 192 people and two (2) graduates registered in three faculties; Faculty of Science, Faculty of Arts and Faculty of Islamic Studies.

In 1974, UKM established a Sabah UKM campus in Kebun Kawang, Papar. The name Kebun Kawang was later changed to Limauan by Tun Datu Mustapha Datu Harun, the then Chief Minister of Sabah. The Faculty of Science and Natural Resources was moved to Bukit Padang, Kota Kinabalu, in 1980. Then it was moved to Menggatal, Tuaran, in 1990 alongside the Faculty of Developmental Science, which was essentially placed in the main campus in Bangi. With the establishment of the University Malaysia Sabah in 1994, the Sabah UKM campus was officially closed down in 1996. Both faculties moved back to the main campus in Bangi, Selangor.

Since its 49 years of establishment, UKM has produced 204,857 graduates. This university continues to grow as a public university with thirteen (13) faculties and twelve (12) research excellence institutes. UKM has an entity that operates commercially, which is UKM Holdings Sdn. Bhd. as its approach in commercializing and socializing expertise with the public and generating finance for the university. 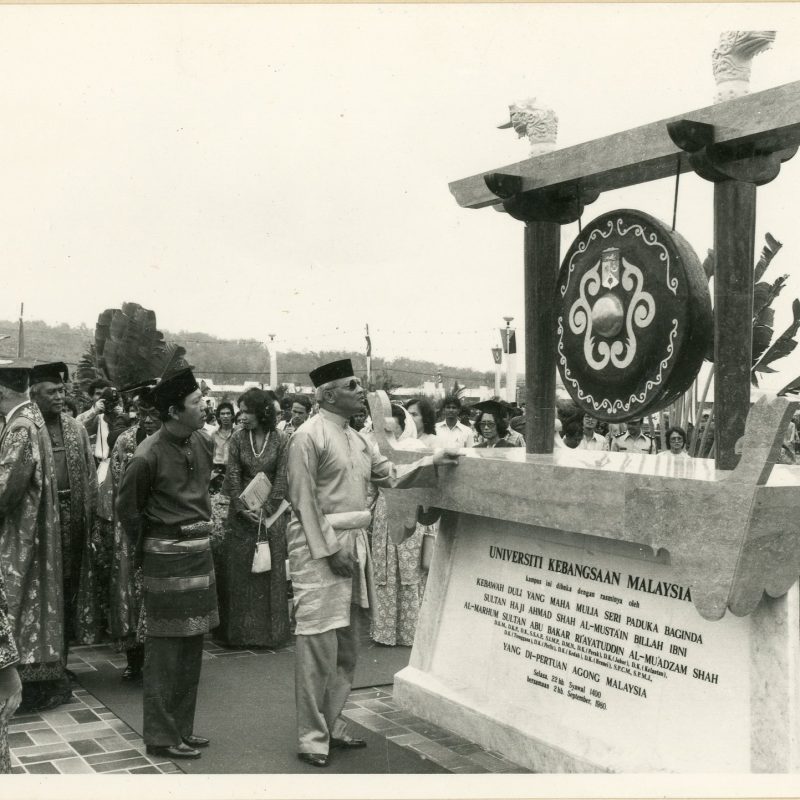 Based on the excellence in research of over four decades, UKM was selected as one of the research universities in Malaysia in 2006. To ensure that the executed research gives meaning to the country’s development and society, UKM has taken measures to create strategies to attain Cabaran Perdana Malaysia/Global. Among the measures taken was to identify and mobilize research that can help solve seven (7) major research thrust of the initial challenges: Akal Budi Melayu; Islam Kontemporari; Integrasi ASEAN; Pemerkasaaan B40; Pengukuhan STEM; Malaysia Lestari; dan Malaysia Sihat Sejahtera.

UKM is also the receiver of the Prime Minister Quality Award 2006, achieved self-accreditation status in 2010 and the Autonomy University status in January 2012. These awards are UKM’s accomplishments of excellence in academics and management.

Now, UKM’s goal to become a university with its motto “Mengilham Harapan, Mencipta Masa Depan” is translated into UKM’s Strategic Plans 2019-2021. The Strategic Plans 2019-2021 conceptualizes “House of Quality” ruled out five (5) central cores; research, academics, internationalization, talent and finance that will be used as stepping stones to launch UKM further into the local and international levels alongside UKM’s vision and mission; “Kualiti Teras Kebitaraan Universiti.”

In memory of the fighting spirit of UKM pioneers, awareness of the institution’s establishment history is continuously restored. Realizing that UKM is an institution carrying the society’s aspirations, UKM residents, regardless of whether they are staff or students, are reminded to immerse and understand the needs of the people through questions that hover in the life of the country in line with the role of UKM as the “Sovereign of the National Trust” (Pendaulat Amanah Negara). However, this does not limit the university’s reach in all developments. It also does the same with the turmoils at international levels. A university with a wide range of cross-disciplinary expertise is thought to have the ability to go beyond the psychological line that enables it to function in agile in global arenas while solving problems that hinder universal life. 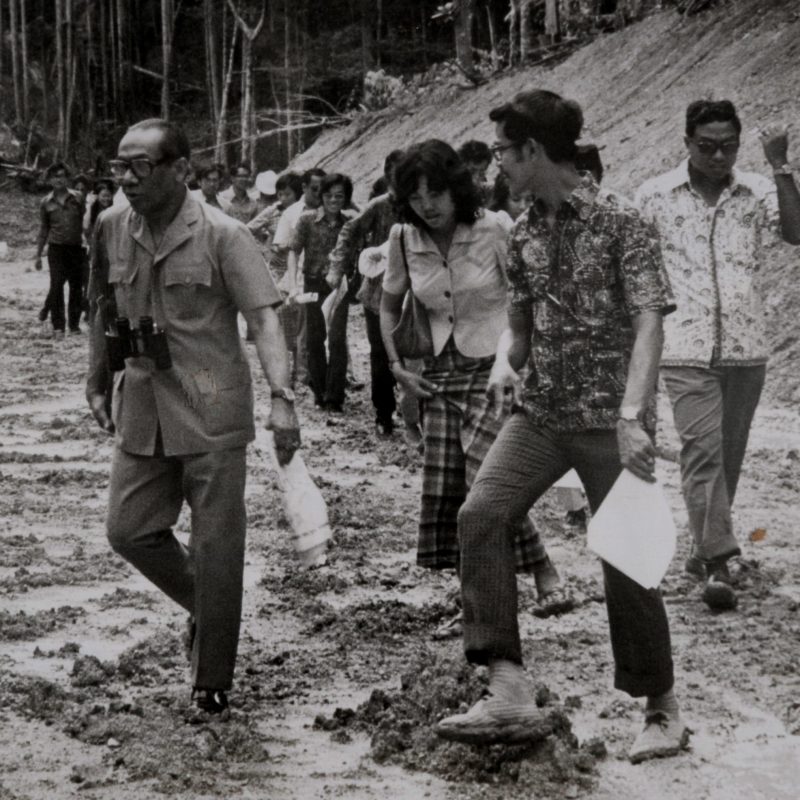 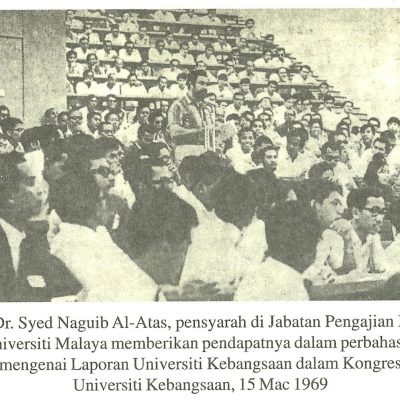 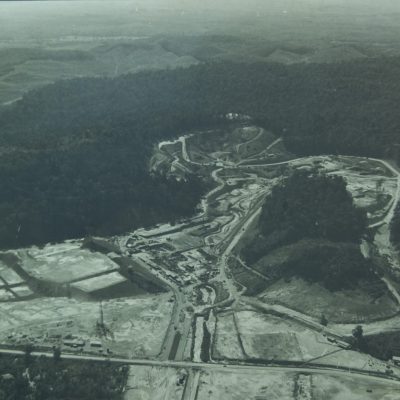 As one of the world’s top 200 universities, UKM has competitive admission requirements and attracts elite students from around the globe. Your journey to UKM begins with your application process, and we’re here to provide you with the information, deadlines, and tips to help you put your best foot forward.