It was that time of the year again, where all universities, public and private, offering the pharmacy course gathered together in one place to portrait their talents in sports. This year, the International Islamic University Of Malaysia, Kuantan, Pahang, were granted the rare opportunity to be the hosts and what a fine job they did in not only organizing the whole event but also in being hospitable hosts, welcoming all participants with an open heart.

The event began with the routine speeches by the head organizing chairperson followed by the ever anticipated aerobic session. This was then followed by a brief explanation on the locations and timing of each event. Events that were held for this year were futsal, basketball, badminton, ping pong and volleyball. Futsal and basketball were carried out at the outdoor venues and even though the sun was shining brightly and giving most participants sunburns, this did not bring down the will and spirit of every participant. Every one put up a brave display of skill and courage. In futsal for both male and female , UKM managed an impressive forth place and for the male basketball event, UKM won bronze.

To the indoor stadium now and in ping pong females, UKM won a proud silver beating several top players in the process. The male counterparts fought hard but were unable to replicate their female teammate. In volleyball, a long and winding match took place, where UKM took the match to a deciding set but lost out to UiTM by a very narrow margin thus, winning forth sport in the standings. Finally to badminton, where our heroes, both male and female, did their best but failed to win any medals but they surely won the hearts of many supporters with their never say die attitude. 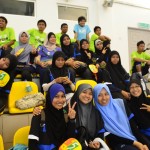 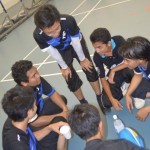 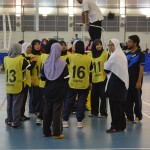 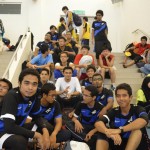 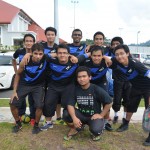 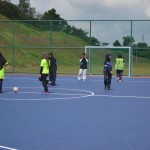 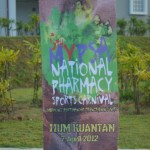 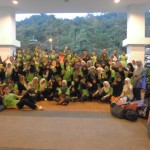 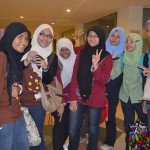 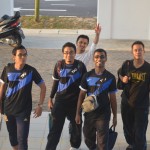 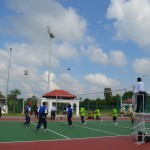 Overall, our contingent of players and supporters alike did us proud. In the coming year, 2013, the faculty of pharmacy of UKM is the proud hosts for the next National Pharmacy Sports Carnival and we, as one family intend on doing our best and proving pharmacists know how to play sports too.