Ah Beng Subculture and the Anti-Capital of Social Exclusion 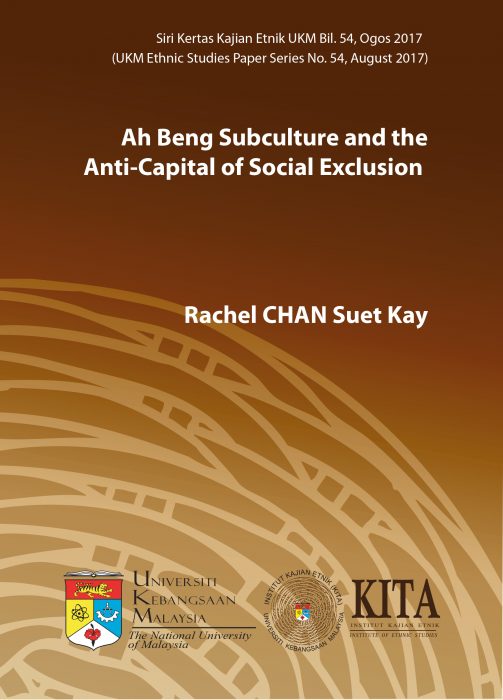 Abstract: This study explains the existence of the Ah Beng subculture in Malaysia from the lens of sub-cultural capital (Hebdige 1979; Bourdieu 1984; Thornton 1996). It raises the questions of whether subculture is inherently linked to the working class; if the position of being socially excluded by mainstream society necessitates the formation of a countercultural identity; and whether this identity is fashioned out of reciprocity between in-group and out-group members. I argue for a notion of ‘anti-capital’ to explain the social exclusion faced by members of the Ah Beng subculture. Using a comparative method, I compare the findings of my study on Ah Beng subculture (Chan and Edo, 2015; Chan 2012) to the dominant literature on subculture across the world, denoting similarities and differences in cultural capital. My findings suggest that the cultural capital, or as I argue, ‘anti-capital’ possessed by the Ah Bengs do not conform to the demands of global habitus, which prioritises rationality and competitiveness. Instead, the Ah Beng subculture continues to be cited as a means of differentiating individuals who possess global habitus from those who do not.