US President Donald Trump Do the Big Crime 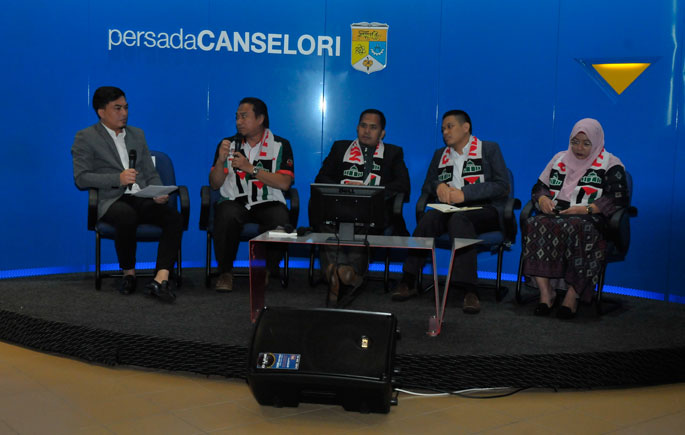 BANGI, 29 Dec 2017 – President of the United State of America (US), Donald Trump has done big crime when he is declaring Jerusalem as the new capital of Israel.

Deputy Legal Advisor of the Universiti Kebangsaan Malaysia (UKM), Assoc Prof Dr Salawati Mat Basir said Trump’s actions have been violated an international law for not respecting the decisions of the Security Council concerning the position of Jerusalem.

Trump also has not looked at international law stating that Jerusalem should not be dealt with unilaterally but in conjunction with stakeholders.

“The only conditions of the reconciliation are Jerusalem must be the capital of Kota Palestine,” she said at the 41st Bicara Persada titled ‘Trump VS Dunia: BaitulMaqdis (Jerusalem) Milik Siapa?’, here at Perdana Chancellory, recently.

She is also one of the Jury of International Legal or Opinion Jurists representing Malaysia said that,  organization is currently drafting the draft for declaring Trump is doing war crimes.

“The draft is expected to be submitted to the Security Council United Nations (UN) 2018 so that appropriate action could be done against the US President,” she added.

I hope the rest of the world countries, especially Muslim countries together against the Trump actions, she said.