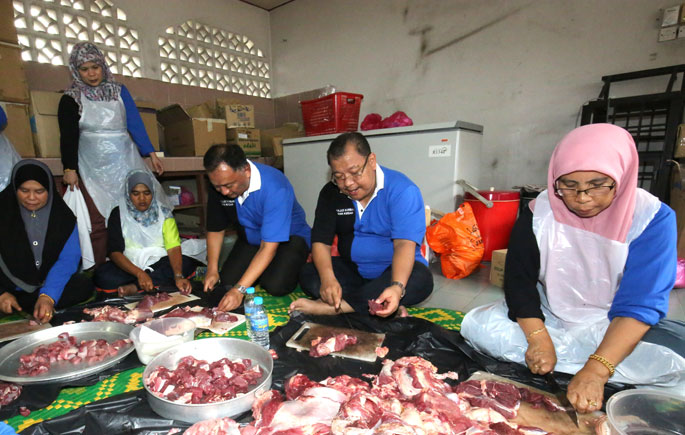 BANGI, 29 September 2016 – Universiti Kebangsaan Malaysia offered 17 cows and two goats to be sacrificed, at the recent Akikah and Korban Ceremony, held at the UKM Mosque, recently.

The animals were contributed by UKM staffs and nearby local community, through monthly salary deductions and cash contributions.

As part of the korban ritual, lunch was prepared, using the meat from animals sacrificed, and was served to 2,000 UKM staffs and students.

In his speech, Prof Noor Azlan said that he was pleased with the cooperation shown by the UKM staffs who performed the rites as everyone worked together despite their different posts and ranks.

He also advised everybody to reflect on the meaning of korban, or sacrifice, and be sincere and dedicated when doing their job. 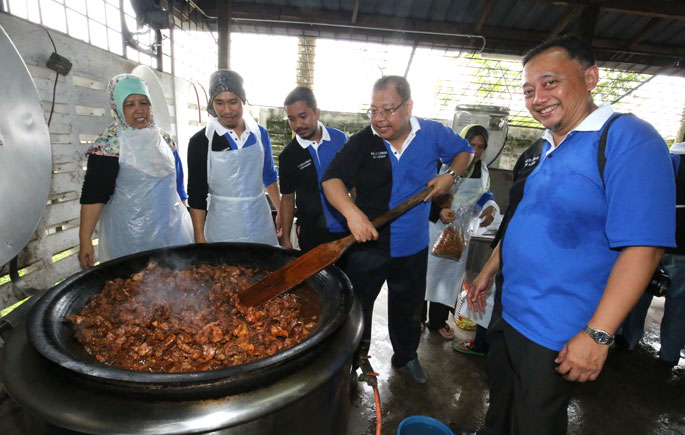 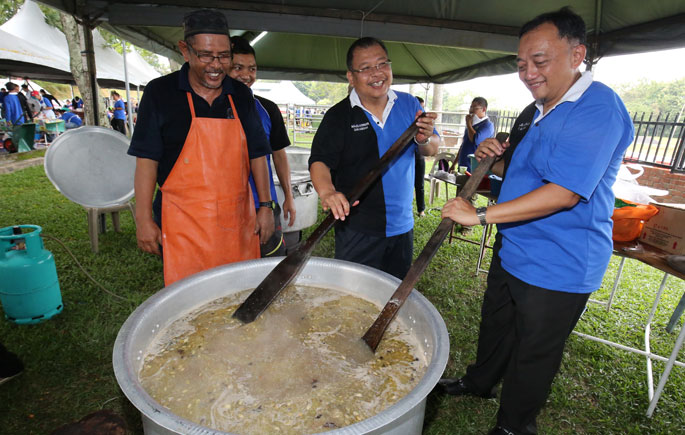