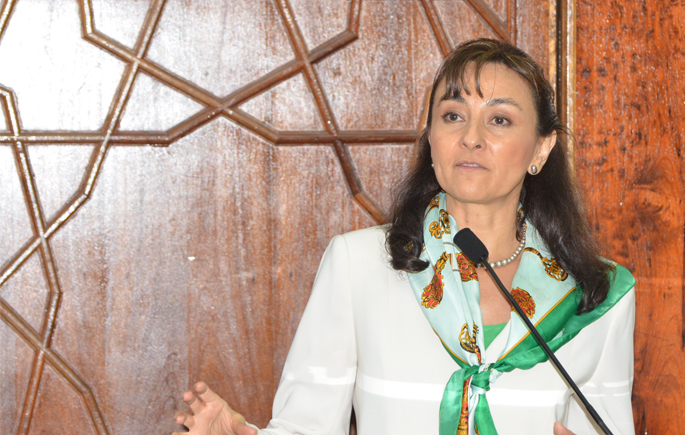 They include seven students from the National University of Malaysia (UKM) who will be there until Feb 15.

The programme is open to second and third year Malaysian students studying at local universities. They must have obtained a cumulative grade point average (CGPA) of at least 3.00 and achieved the Malaysian University English Proficiency Test (MUET) Band 3 and above.

The programme is jointly organised by the Ministry of Education, Gobierno del Estado de México [EDOMEX] and  UKM

Deputy Head of Mission of the Mexican Embassy here, Lourdes Sosa Marquez said the students will visit cities that are secure and peaceful while giving assurances that the students will be safe in the Latin American country as long as they abide by the rules of the visit.

Speaking at a briefing session for the students last Friday, she said all necessary precautions have been taken and the participants must comply with the conditions set out by AMPEX.

Marqez said the undergraduates will be distributed among four universities hosting the programme and they have been scheduled to attend some functions, including visits to four World Heritage sites.

She advised them to try picking up some basic Spanish and practice speaking the language, especially the common greetings.

“It will go a long way in winning the hearts of the ordinary people if you make an attempt to speak Spanish, even if its not much,” she said.

The participants will be provided with guidebooks on some basic phrases and the local customs. They departed at dawn last Saturday taking about 28 hours to reach Mexico City.

They were also cautioned to be prepared for the ‘thin air’ in Mexico City which is at an elevation of 2,250 metres – one of the highest major metropolitan areas in the world. She, however, dispelled their anxiety saying that they would get used to the weather quickly so long as they do not do any strenuous work-outs immediately.

It is winter in Mexico City with tempratures averaging 16 celcius but is also humid, she said.