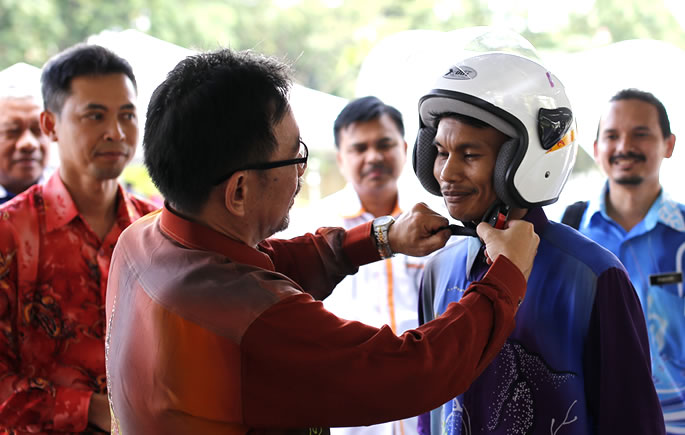 BANGI, 23 July 2015 – Academics should investigate the phenomenon of road accidents rising from year to year despite the many safety campaigns.

Director-General of the Road Transport Department (RTD) of Selangor, Dato’ V. Valluvan said the road accident rate increased up to 7,000 cases per year and it has been indicated that public awareness of road safety is still low.

“If road accidents are compared to airplane crashes, it would be as if there are 20 aircraft accidents each year. It is a serious matter that needs to be addressed more by the community, government and academia,” he said at the closing ceremony of the Road Safety Advocacy Campaign of The National University of Malaysia (UKM) here on May 28, 2015.

Dato’ Valluvan said the community’s awareness of road safety is still low because the number of accidents is increasing year by year.

He said from 7,000 accidents recorded every year, 70 percent involved youths.

“So, we need to have a new approach through the campus by forming squads of young people to increase awareness that abiding road safety laws should start in  campus,” he explained. 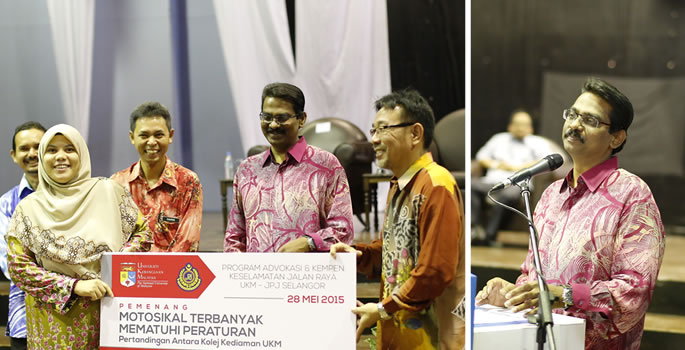 Prof Imran said the information showed that since 2005, a total of 650 accidents occurred within the campus.

He said Non-government Organisations (NGOs) and academia need to tackle this problem because it has serious consequences for the country.

At the ceremony, the Tun Hussein Onn Residential College (KTHO) was crowned the champion for the programme.

A total of 98 vehicles were inspected by the RTD and 38 of them which fulfilled road safety requirements were from KTHO.

The programme was the first of its kind and it offered cash rewards amounting to RM3, 000 with the theme ‘Popularising Enforcement ’, which was a collaboration between UKM, The Road Safety Department (JKJR) and RTD.