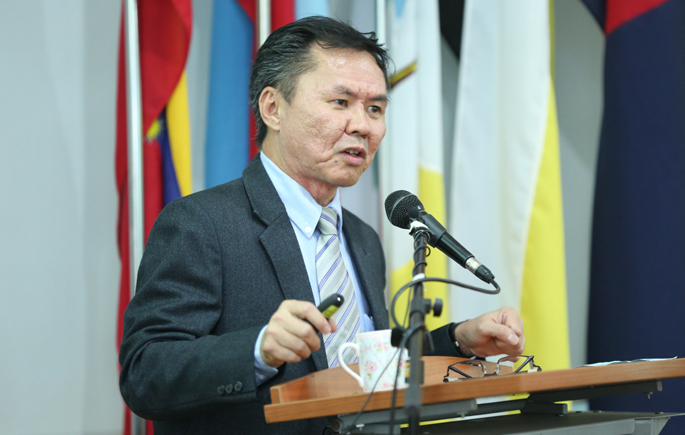 BANGI, 17 June 2015 – More efficient use of energy must be implemented now if we want to reduce the prevalence of Global Warming and Climate Change.

An authority on Climatology and Oceanography, Professor Dr Fredolin T. Tangang, of The National University of Malaysia’s (UKM) School of Environmental and Natural Resources, Faculty of Science and Technology,  said human influence on climate is very clear.

“It is undeniable and irrefutable that the more we disrupt our climate, the more we risk severe, pervasive and irreversible impacts,” said Prof Fredolin while presenting his paper at the European Climate Diplomacy Day ‘Climate Change: Time to Act is Now,’ here today.

He pointed out that the means to limit climate change and build a more prosperous, sustainable future is already available.

Naturally, he explained, the means to mitigate climate change should be implemented now because we know how to do it.

“As an example we know how to reduce the carbon footprint by using more low-carbon and no-carbon energy sources and all of them are readily available.

“We have to protect our Carbon Sinks by reducing deforestation and improve forest management and planting of new forests,” he clarified.

At the same time efforts to use Bio-Energy with Carbon Capture and storage (CCS) should be stepped up. CCS is the process of capturing waste carbon dioxide (CO2) from large point sources, such as fossil fuel power plants, transporting it to a storage site, and depositing it where it will not enter the atmosphere, normally an underground geological formation.

Apart from that there are other anthropogenic factors such as life-style and behavioral changes that can help mitigate the effects of Global Warming.

“However, we have no time to lose. The window for action is rapidly closing. 65% of our carbon budget compatible with a reduction of 2 degrees Celsius temperature rise is already gone and used,” he stressed.

In order to limit temperature increase to 2 degrees, a combination of adaptation and substantial sustained reduction in greenhouse gas emissions can limit climate change risks.

He warned that if we don’t act now, the potential impacts of climate change would possibly be disastrous. Already we are seeing food and water shortages, such as droughts and famines in Africa.

“Those areas of crop failures have seen it happen before, but now they are becoming more frequent,” he said.

The result is a mass exodus of people, especially in Saharan Africa to areas where there more opportunities for survival.

“Many of those climate refugees have given up hope of living in Africa and are opting to migrate to Europe, by any means possible – even risking their lives in Human Trafficking,” he lamented.

However, he pointed out that the mass movement of people is closely followed by increase in poverty.

Continued emissions of greenhouse gases will cause further warming and changes in the climate system.

Prof Fredolin added that it had been estimated that sea level rise by the end of the 21st century would occur in more than 95% of the world’s oceans by between 0.4 to 0.6 meters.

European Embassies around the world celebrated the European Climate Diplomacy Day today to highlight the positive action that is being taken around the globe in collaboration with the EU and its Member States.

The event was organized by the Faculty of Science and Technology UKM with the cooperation of the Delegation of the European Union to Malaysia, Embassy of France in Malaysia, British High Commission KL, Embassy of the Federal Republic of Germany KL & the GOETHE Institute. 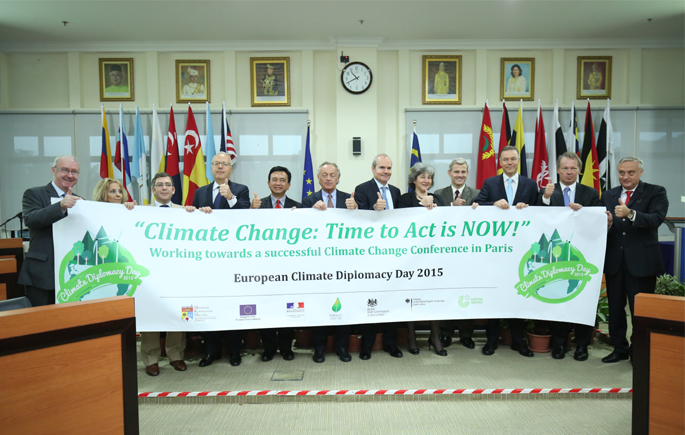 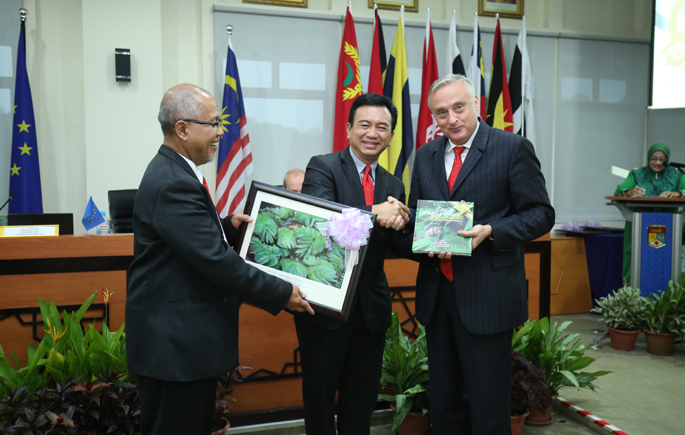