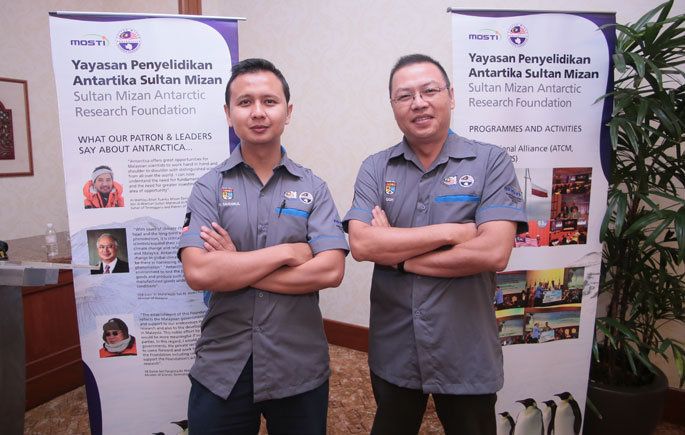 SEPANG, SELANGOR, 13 Jan 2016 – Two scientists from The National University of Malaysia (UKM) are on their way to the Antarctic for a 22-day expedition to study the link between Climate Change and the South Pole.

Dr Goh Thian Lai and Dr Mohd Shahrul Mohd Nasir are among eight Malaysia  researchers from six local universities who set off for Ushuaia, Argentina where they will then sail for the Antarctic on January 18.

Dr Goh, a geologist said he will be researching the relationship between Climate Change and Geology in the South Pole.

“I have to determine whether there is a link between rocks and the gases emitted from them on the depletion of the Ozone layer. Dr Shahrul, from the Institute of Climate Change, will be studying the composition of the air there to see whether there is an increase in the levels of Carbon Dioxide, which can make the ozone layer thinner,” he explained.

The quest, dubbed the Malaysian Antarctic Research Expedition 2016, is being organised at a cost of RM450,000 and also the first ever financed by the Sultan Mizan Antarctic Research Foundation (YPASM), with the cooperation from the Science, Technology and Innovation Ministry (MOSTI).

At Ushuaia, which is the capital of the terra Del Fuego region of Argentina, the team will take a yacht known as the Australis, powered by both sail and  diesel engine on January 18 for four days to Antarctica across the Drake’s Passage, known as the roughest sea in the world.

From January 22, the scientists, who will be joined by three Australian crew members, will hop from coast to coast, with each carrying out his or her own research on the continent, some of which will be on land.

They are expected to return home by February 14.

The team was given a rousing send-off by Science, Technology and Innovation (MOSTI) Minister Datuk Seri Panglima Wilfred Madius Tangau, who also handed them the jalur gemilang for them to fly at their base camp in the Antarctic.

This is the first exploration organised by MOSTI-YPASM and also involves the assistance of several international agencies such as the International Center for Space Weather Science and Education (ICSWSE), Kyushu University, Korean Polar Research Institute (copra) and the British Antarctic Survey (BAS). 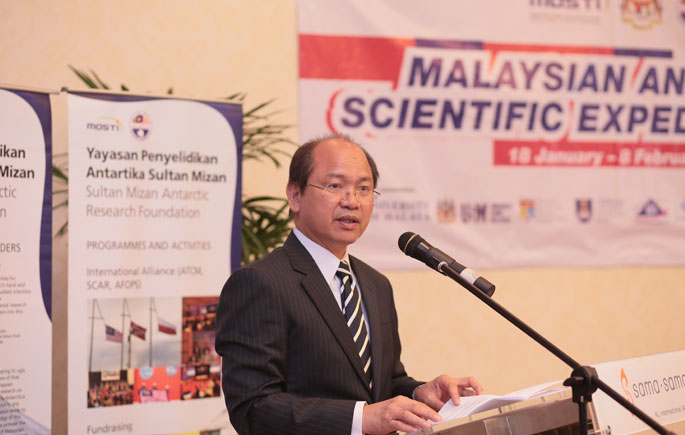 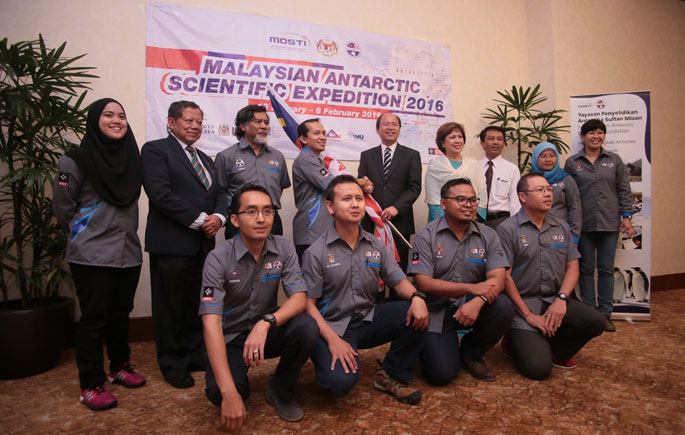 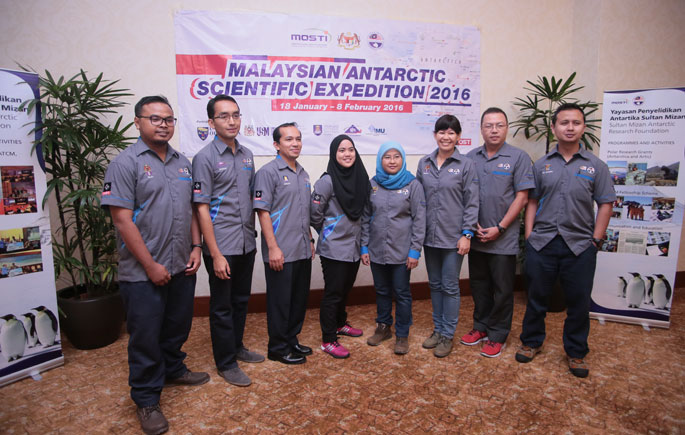