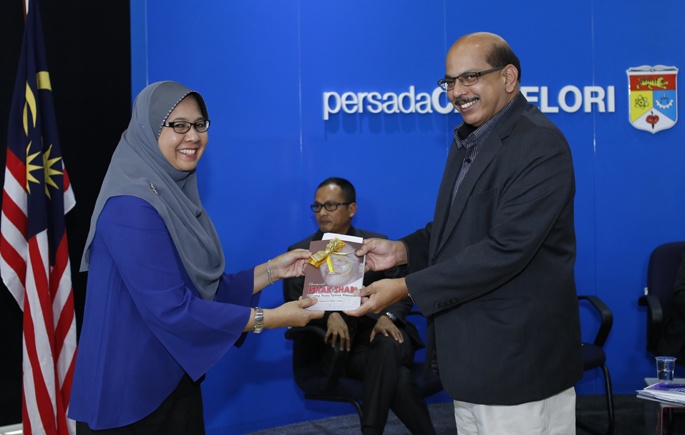 BANGI, 9 June 2015 – ASEAN countries should condemn Myanmar for not recognising the Rohingya people as one of the ethnic groups in that nation and ignoring its social responsibility towards the community.

“In my Opinion, we as an ASEAN country need to pressure Myanmar to make them do something. They must admit that this problem in their country is a humanitarian  problem and they have a responsibility as a modern country for them to work with other nations to resolve this issue.

“When this crisis happens, ASEAN must come together. ASEAN must show  solidarity, in term of the crisis and I hope while Malaysia as the Chairmen of ASEAN this year, especially Wisma Putra should do something so that a more permanent solution can be sought. That is my hope to ASEAN and Malaysia,” he said at the Bicara Persada Forum titled Rohingya: Human Rights and Humanitarianism Denied,  here on Jun 3, 2015.

Dr Ravichandran said that problem is a transnational humanitarian problem. It also involves the problem of human trafficking in which Malaysia and other countries are also part of.

“So I think this is a regional problem which we need to take a proactive solution to address this migration issue. That is Malaysia and ASEAN the community must take responsibility as modern nations to ensure the basic human rights  norms be safeguarded,” he explained.

He said although Rohingyas are stateless, they are still part of the ASEAN community because they physically live in South-East Asia since the past 1,000 years.

Meanwhile, President of Malaysian Consultative Council of Islamic Organisation (MAPIM), Mohd Azmi Abdul Hamid, who was also a panelist said ASEAN should take tougher action given the problems that arise in Myanmar have cross border ramifications in other countries.

“Myanmar can’t say that there is an internal problem, as the fallout has spread to the neighbouring countries including Malaysia.

“We also can’t deny that the Rohingyas are members of the ASEAN community  and their problem is our problem,” Azmi declared.

He explained that this is a concept for Non-Government Organisations (NGO) should use, which is public surveillance from the communities themselves and not depend on the military.

“NGOs need to play a role in creating awareness about the seriousness of this human trafficking. They would have to cooperate with security forces and with the people in the affected villages because we have laws but many don’t know about them,” he stressed.

He added the leaders, security forces and NGOS need to hold a dialogue on how to ensure the syndicate in human trafficking can be nipped in the bud.

Another panellist, Prof Dr Mansor Mohd Noor, who is Principle Research Fellow, Institute of Ethnic Studies (KITA) UKM said the religious factor is part of the discrimination that occurred against the Rohingya ethnic group, as happened in southern Thailand and Sri Lanka.

He said Buddhist monks from Myanmar and Sri Lanka even organised a conference in the latter basically to oppose the so-called  Islamic State (ISIS).

”The question is how would the Buddhist monks attack ISIS? That should we think,” he said.

Lecturer of the Institute of ASEAN Studies and Global Affairs, Universiti Teknologi Mara (UiTM), Mohiyuddin Mohd Sulaiman said the Myanmar government is worried with development in the Arakan state which is inhabited by ethnic Rohingyas and  had been the gateway to explorers or traders from Arabia, Persia, India, Bangladesh and other countries resulting in Islam taking root in the region.

“Because of this factor they assume Islam is a threat to Buddhism,” Mohiyuddin  added. 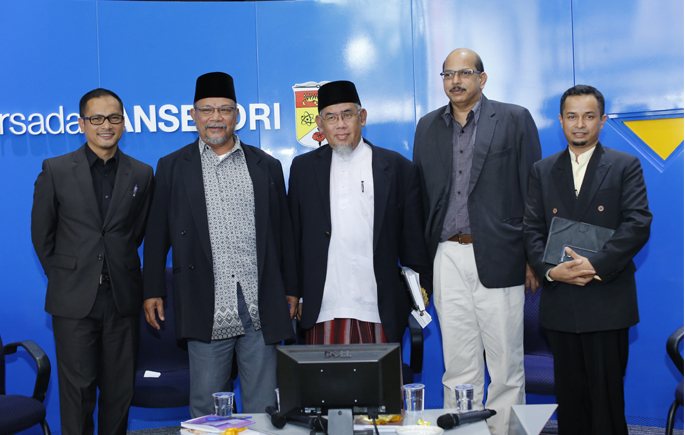