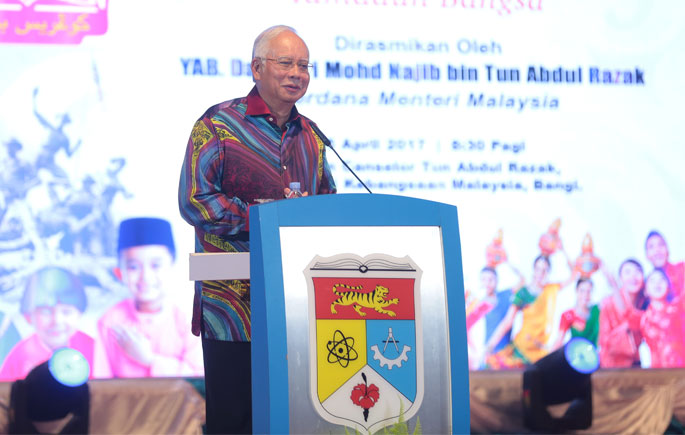 He said the organizations that are entrusted to uphold the Malay language should be given a bigger scope to ensure that Malay language be used as the main language in every day interactions.

“This includes the use of Bahasa Melayu in legal matters and trading, as an initiative to increase the value of the language,” he said while delivering his speech at the Launching Ceremony of Cultural Congress 2017, in UKM recently.

He added that in order to promote the usage of Bahasa Melayu, the local authorities (PBT) must be sensitive and are advised to avoid using other languages when naming housing estates, shopping malls or roads.

Nowadays, said Dato’ Seri Najib, there are a lot of challenges in ensuring the status of Bahasa Melayu as the official language of the country, is protected.

“It seemed to intensify the influence of other cultures, which are different from ours and introduces a rojak (mixed) language which to some extent, has sabotaged the integrity of Bahasa Melayu,” he said.

He said that every effort made by scholars, culture activist and NGOs will help to sow seeds nourished with cultural values, as was demonstrated by the 2017 Cultural Congress. 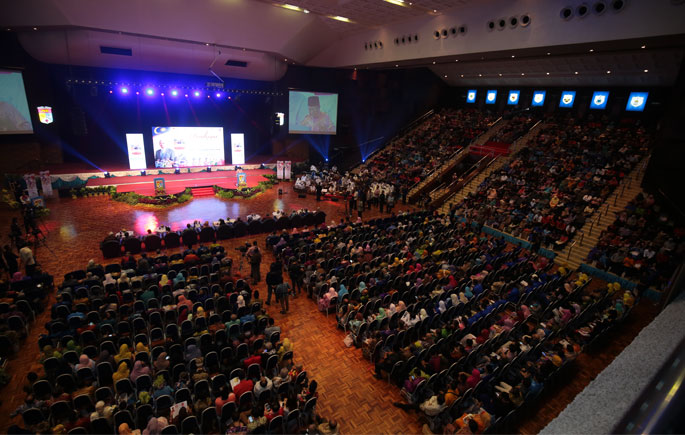 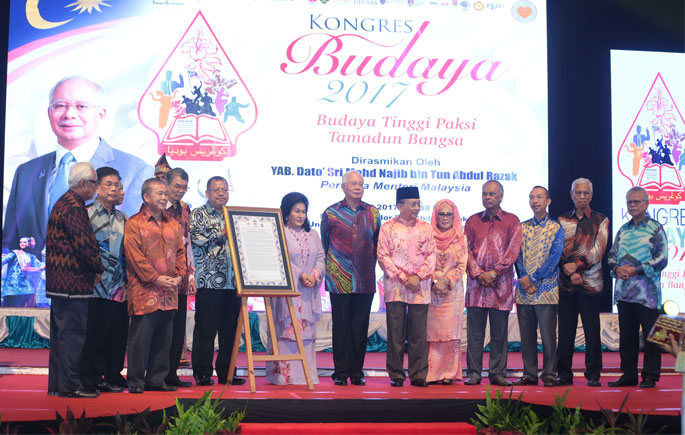