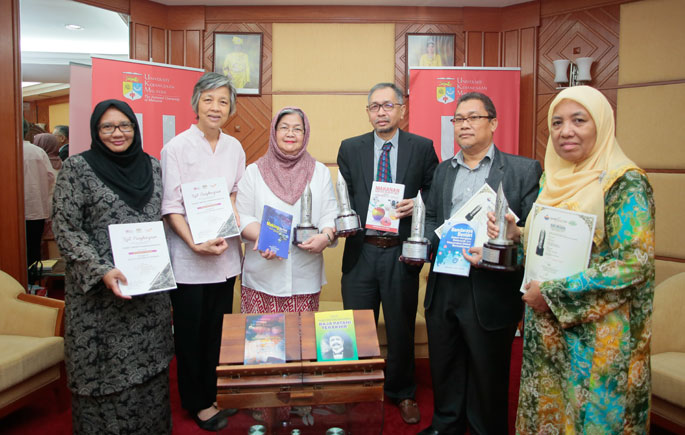 BANGI, May 24, 2018 – Prof. Madya Dr. Jalaluddin Abdul Malek’s concern for the lack of books on information technology in Malay has led him to publish Bandaraya Bestari: Sistem Kerajaan Elektronik Dan Masyarakat Global Bermaklumat, which won him a National Book Award 2018.

Emerging as the Best General Book (Information Technology and Environmental Development) winner, he was inspired to write the book while doing a research on sustainability.

“Most of the books I referred to were in English and it triggered to me that there is a need for reference books in Malay language to be written.

“So, in 2015, I compiled the significant findings from my various research, and started to write a book in Malay language, which I felt would be comprehended by layman,” he explained.

“This is part of our effort in enriching the book industry in our country,” he said.