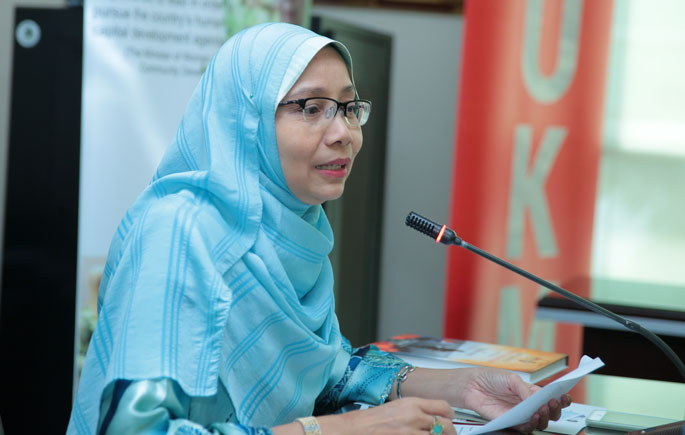 Bangi, 5 September 2017- The phenomenon of Daesh or better known as ISIS (Islamic State of Iraq and Syria) has sparked a new phenomenon in today’s world and the threat of this militant movement is not something that can be underestimated, said a Senior Lecturer at UKM’s Usuluddin and Philosophy Department, Faculty of Islamic Studies, Dr Wan Fariza Alyati Wan Zakaria.

She explained that Daesh manipulated women to train them as suicide bombers or fighters, or as sexual rewards for the male fighters.

“The involvement of women in this group will have a profound impact on the long-term aspect because they are the ones who will produce new heirs and inculcate ISIS ideology into the souls and minds of their children thus increasing the number of followers of the militant group.

“Women in Southeast Asia are Daesh’s target to become warfare because there are more Muslim there than in the West. This issue also becomes complicated when they use religious justification as a back up and reference of the act,” she said.

She said, according to the National Fatwa Council, the tendency for Muslims to go for jihad and martyr (syahid) in the name of ISIS (Daesh) in Syria stems from the confusion in understanding the real concept of jihad and martyrdom in accordance with Islamic law.

“Daesh wants to realize their vision to eliminate Western oppression in Syria and Iraq but the form of battle they use is too cruel and violate the Islamic law,” she added.

“Daesh also launched their official magazines titled Al-Fatih written in Malay language and Dabiq in English which are also intended to disseminate their deviant propaganda to the community by discussing about jihad and warfare.

“There is no human being who is free from sins, therefore who would not want to be given the chance of forgiveness and even promised a heavenly return?” asked Dr Wan Fariza during the ceremony of Wacana Tun Fatimah Hashim, titled Daesh, Jihad and Women: The Sensation and Manipulation in the Name of Religion.

She explained that this is among the traps used by Daesh to influence women to see it as an easy way to fight and receive the heavenly rewards.

According to her, this knowledge should be implemented as early as possible by parents at home and in the school curriculum so that children can understand the true teachings of Islam.

“In my opinion, the government also have to set a tight control over the accessing of social media related to Daesh to prevent their deviant ideology from spreading,” he explained. 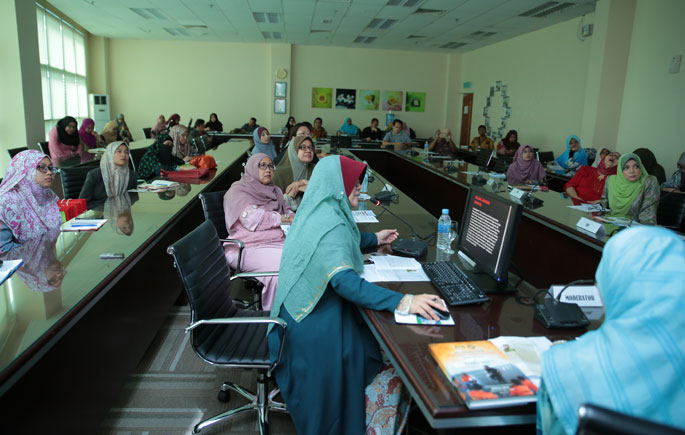