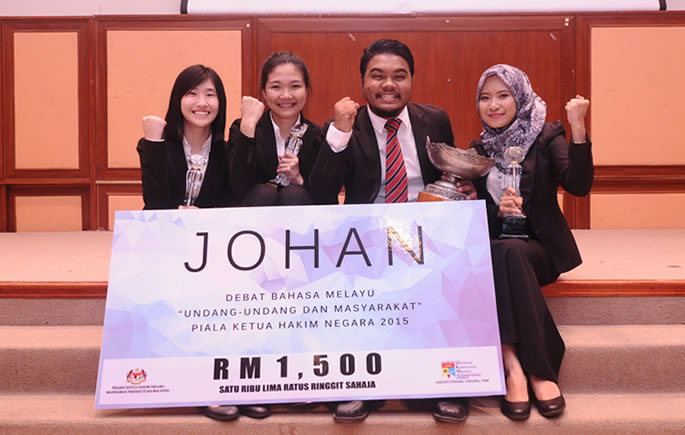 BANGI, 6 Oct 2015 – The Chief Justice Cup Malay Debate competition is one of the best platforms for prospective law practitioners to master the Malay language when arguing cases.

Federal Court Judge, Tan Sri Ahmad Maarop said the competition can aid graduates, would-be lawyers and judges in Malaysia to be more prepared and in discharging its responsibilities in the field of legal practice.

“The judiciary fully supports academic activities such as debate. As is known, this competition is conducted in Malay and the provisions under the National Act 1963/1967 have explained about the use of the Malay language in the practice of Law.

“Therefore, these language skills are essential and very necessary in each prospective law practitioner in Malaysia apart from writing skills. As potential leaders of the country’s institutions of Justice, I hope you all learn to be successful people,” he said in his speech at the Finals of the 2015Chief Justice Cup Malay Debate Competition with the theme Law and Society, here on Oct 2, 2015.

He hoped that the younger generation can prepare with knowledge and faith in the face of the days that lie ahead as the country’s situation right now is very challenging.

He also told those present that the theme used to this competition become the cornerstone of this debate because it was in line with the current rational of students being holistic and sensitive to current needs and issues.

In the finals of the debate, UiTM representing the government won when the jury upheld the motion ‘Human Rights: Laws of Malaysia are Sufficient’ which was opposed by UM.

Present at this competition was Court of Appeal Judge, Dato’ Aziah Ali who was presiding juror. 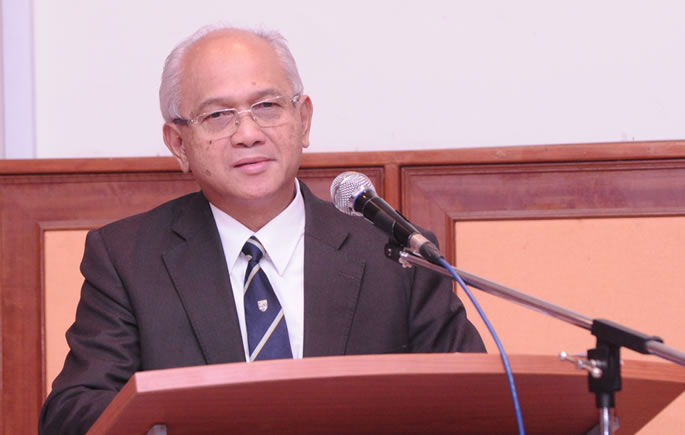 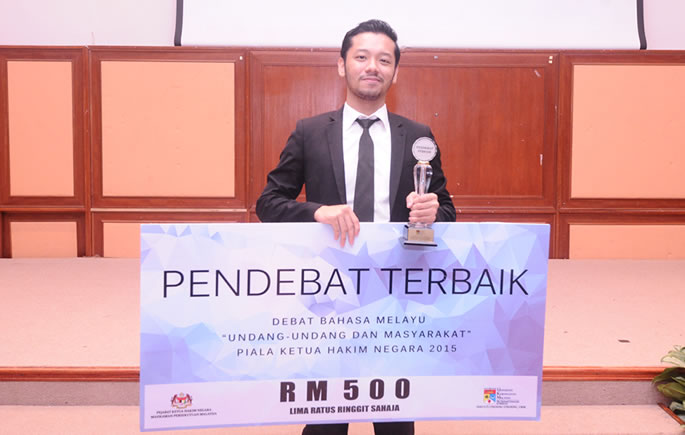