Education is Priority for UKMFC Players 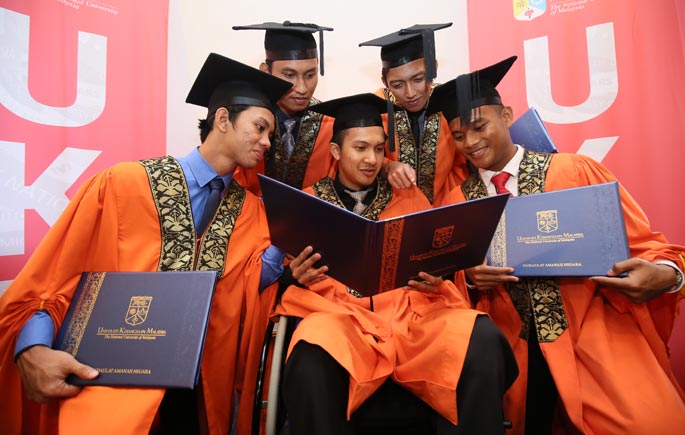 Bangi, 12 November 2018 – Playing for a professional football team, did not stop UKMFC players from achieving their dreams of getting the coveted university degree.

UKMFC Captain, Muhammad Hafiz Zalani, 23, a Bachelor Degree (Honors) in Education (Sports and Recreation) graduate said that his busy training schedule meant that he could only allocate little time for studies.

“Football training, especially during the season, can be quite strenuous, as I have to juggle between studies and practice.

“I am lucky that UKM is supportive. Lecturers will hold special sessions so that we can catch up with classes,” said Hafiz who, despite his packed schedule, took merely four years to graduate.

Hafiz also cited the advice from his coach who always reminded them of the importance of education.

Coach Sulaiman Husin, according to Hafiz, constantly stressed on the importance of making education a priority. He added that besides being wise in managing time between academic and football trainings, having enough rest is also important.

UKM FC was the first runner-up at the 2018 Challenge Cup in September.