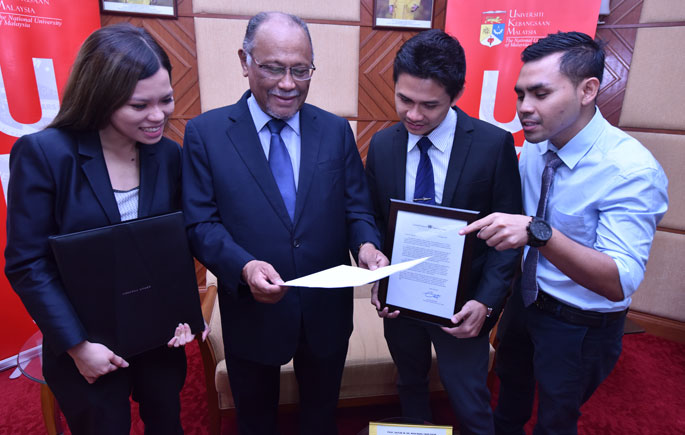 Prof. Wan Ramli received the award based on his expertise and outstanding research in the advancement of fuel cell technology and hydrogen energy in Malaysia and the region.

He added that the area of research is vast as there are still many fields left to be explored.

“I have started doing the research since 1995 with a RM4 million fund from the Ministry of Science, Technology and Environment.

“Then, in 2002, I received an additional RM30 million which was eventually used to establish UKM Fuel Cell Institute in 2006,” he explained.

Throughout his career, Prof. Wan Ramli has mentored many young researchers including Prof. Dr. Siti Kartom Kamarudin who was one of the three Malaysians listed as The World’s Most Influential Scientific Minds 2015 by Thomson Reuters.

The grant will enable Lily, who is an alumni from FKAB, to pursue her Doctoral of Philosophy research at the University of Cambridge on Industry 4.0. 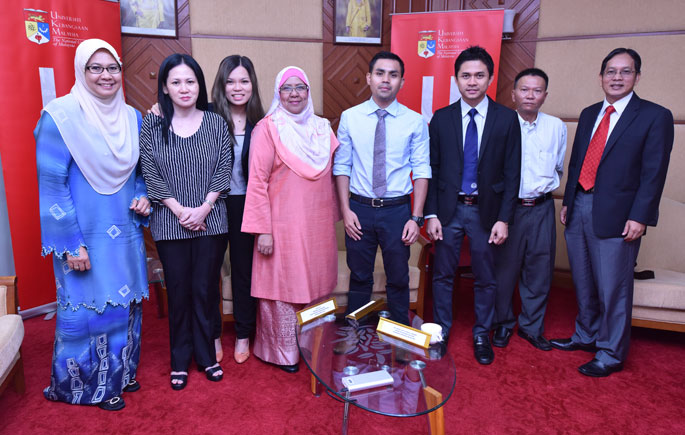