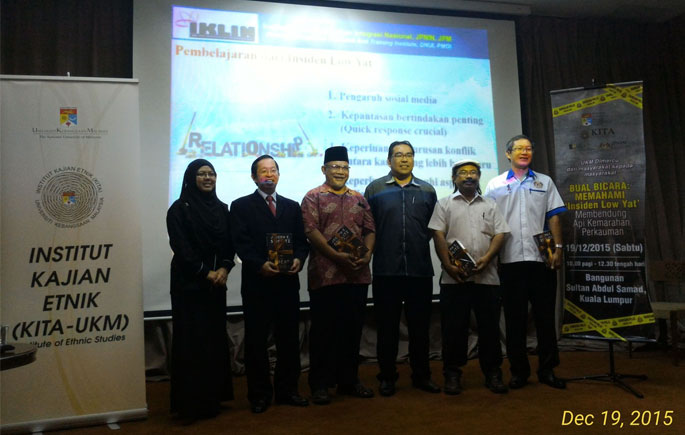 KUALA LUMPUR, Dec 19, 2015 – The secondary school syllabus should include  Ethnic Education and Social Media Etiquette to improve understanding between people of different races.

It is not enough for youths to learn about ethnic relations at the university level, said participants at a forum titled Understanding The Low Yat Incident: Curbing The Fires Of rage, organised by the Institute for Ethnic Studies (KITA) of The National University of Malaysia (UKM) here today.

They also agreed that the use of social media should be monitored more closely to detect and prevent misunderstandings and clashes in the future as had happened at the Low Yat Plaza, Kuala Lumpur last July.

A member of the panel of the forum, the Director of Research and Training Institute for National Integration (IKLIN) Ho Khek Hua believed that social media will play a more important role in the future of this country.

“This is where social innovation plays a role. We see that it will become more important in the future.

“In the future we will see a society that is driven by social media. Any issues related to the rakyat will appear on social media for debate,” said Ho.

KITA Senior Fellow Prof Dr Mansor Mohd Noor was of the opinion that the sciffles at Low Yat was actually abhorred by most people.

“On average we Malaysians are influenced by what is found in social media. Only 2 to 3% support clashes. 97% of us are for peace. If it reaches 5% it might be  problematic.

“In Asia we are fifth in the Global Peace Index,” said Prof Mansor.

He said the symptoms of the misunderstanding were more likely a reflection of urban economic disparity in the city.

“Incitement of social media and efforts to politicize the incident failed to affect people of other ethnic groups,” he said.

Head of the Department of State and Civilisation Studies, Faculty of Human Ecology, Universiti Putra Malaysia (UPM), Assoc Prof Dr Mansor Mohd Noor believes that the incident was deliberately exaggerated by certain parties who were not satisfied with the current economic situation.

“It’s not a big issue, but it became viral through social media that provoked  unpleasant reactions. Social media is to blame for encouraging racial incidents. It becomes even more precarious again due to economic hardship in society,” he explained.

Moderator of the forum Prof Dr Chang Peng Kee felt that there were some people, especially teenagers, who jumped to conclisions and became abusive before investigating the actual situation.

“They misused and exaggerated, which resulted in the situation becoming more tense with the spread of the allegations,” he added.

Ho, said there should be a facility or task forces to deal with the allegations as a form of ‘fire-fighting’.

“Many social media present inaccurate statements, which have been exploited by politicians who want to present themselves as heroes,” he stated.

However, he was confident that events like this were rare and occured  spontaneously. 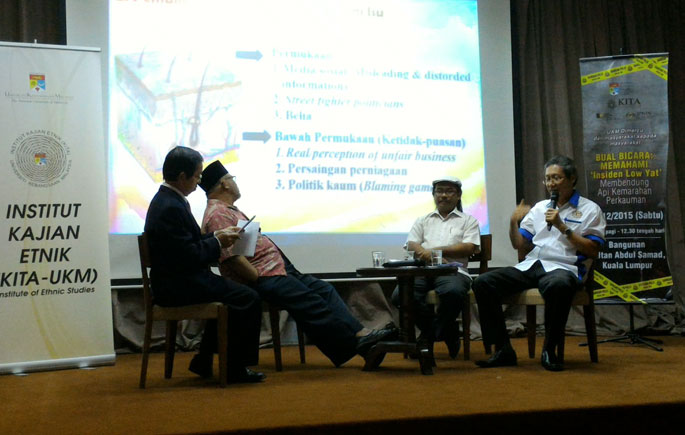