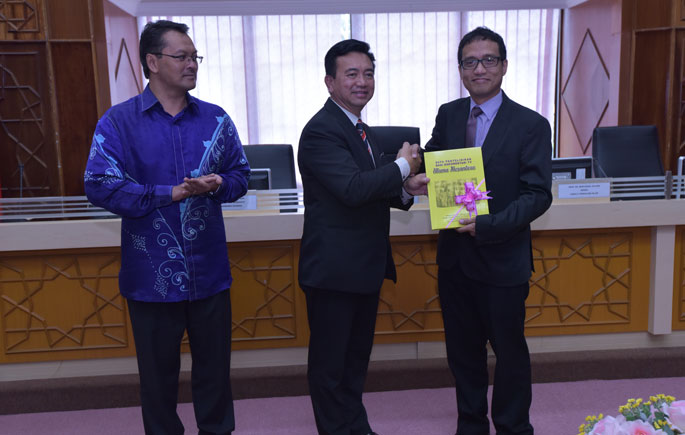 Ulama Nusantara, a documentary produced based on research findings by researchers of the Department of Arabic Studies and Islamic Civilization, Faculty of Islamic Studies (FPI), the National University of Malaysia (UKM) was launched in Indonesia, recently.

Ulama Nusantara is a documentary which discusses the development of Islam in the Malay Archipelago via the spice route and illustrates the story on how they were able to integrate into local communities especially through education and culture. The 13 episode documentary will be screened on TV3, Malaysia and MetroTV, Indonesia and will begin its telecast this October.

The travelogue documentary is produced by Primeworks Studios in cooperation with FPI.

“The data which were collected by researchers from FPI are invaluable as it not only discusses about various hypothesis on the spread of Islam, it also highlights the methodology used by ancient scholars to create a strong foothold in Southeast Asia,” said Chief Executive Officer of Primeworks Studios, Ahmad Izham Omar.

He added that UKM welcomes collaboration with the industry as it is a way to ensure and create a sustainable process of knowledge transfer.

“The collaboration with Primeworks Studios is an example of a strategic partnership which not only showcases UKM’s expertise in research, it is also a way to make sure that the research results, which at times can be quite theoretical, be easily understood by laymen through an interesting documentary,” he explained.