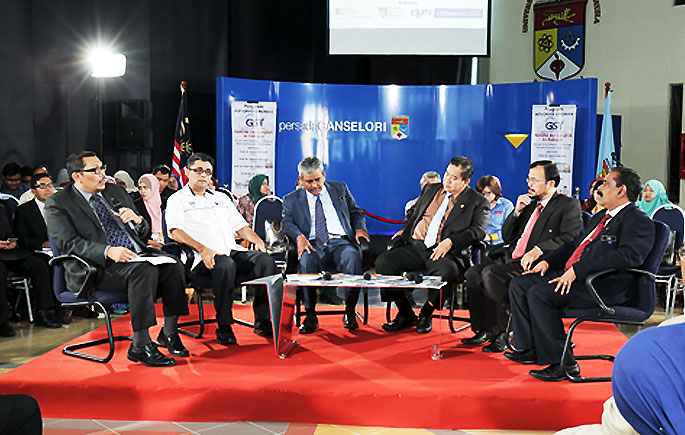 BANGI, 1 July 2015 – The Goods and Services Tax (GST) aims to increase revenue to improve services and provide the best infrastructure for the people which will bring the country closer to the level of developed nation status.

The public also need to realise that the GST is not intended deliberately to cause hardship because no government in its right mind would shoot itself in the foot, according to participants at the Scholars’ Advocacy Programme economic forum held in The National University of Malaysia (UKM) here on 30 June.

The forum titled GST: Crisis and the Way Forward, agreed that there should be a large-scale effort to explain to citizens how the GST is implemented and its benefits to the public.

One of the panelist, Prof Dr Md Kamil Idris believes GST was introduced to replace the sales and service tax (SST) which involved changes in the structure of the collection and distribution of taxes to deter tax avoidance.

“Under the old system (SST), people were allowed to assess their own business tax, so you can determine how much tax is due. But some people cheated by paying less tax, so there came to be the existence of a ‘Hidden Economy’ or ‘Black Economy’ which amounted to RM60 billion, “said Prof. Kamil from Universiti Utara Malaysia (UUM).

He said the GST was generally fair, because the tax is charged more for those who spend more, and proceeds will go to the less fortunate.

“In the SST system leakages occurred between manufacturers, distributors and wholesalers. But with GST even illegal businesses also have to pay GST.

“So tax dodgers must also pay 6% GST, including those in the hidden economy. From RM60 billion we can collect RM32 billion,” explained Prof. Kamil.

However, panel members acknowledged there are inherent weaknesses in the implementation of the GST, such as the prevailing confusion concerning goods which are GST-exempt and how to record the business transactions.

Commenting on this, Prof Jamal proposed that the best way is for GST to be implemented across-the-board, that is on all goods and services as in most developed countries.

“All price tags should show how much GST is imposed, not merely stated ‘GST not included’.

“There are other problems, like when dealers raise prices, they don’t come down again. Therefore consumers be more pro-active, while the NGOs should be on the look-out for greedy traders.

According to him, since being enforced on April 1st, there were still many weaknesses in the GST.

Prof. Dr. Asan Ali Gholam Hassan from the office of the Director General of Higher Education also stressed the role of consumers to monitor the prices of goods and services.

“Consumer associations should play a greater role and not only expect the government to control prices.

“In a lot of cases and issues, businesses were seen to get the upper hand over consumer organisations,” he explained.

“When the SST system was used, taxes were not collected in a transparent and comprehensive, resulting in the low levels of revenue. Now with the GST, we should be able to collect RM220 billion. We target RM2 to 3 billion more than the target by April, said Sabri.

Enforcement officer from the Domestic Trade, Cooperatives and Consumerism Ministry M.Gunaselan mentioned that the number of complaints from consumers on the prices of goods is on the rise.

“More than 2,000 complaints received since April. Every day at least 10 calls received. The main complaint is price manipulation, with 60 cases of open investigation,” explained Gunaselan.

Datuk Zaini Hassan of the Utusan Group was acting as the moderator of the forum jointly organised by UKM, The National Professors’ Council, RTM and Utusan Malaysia. 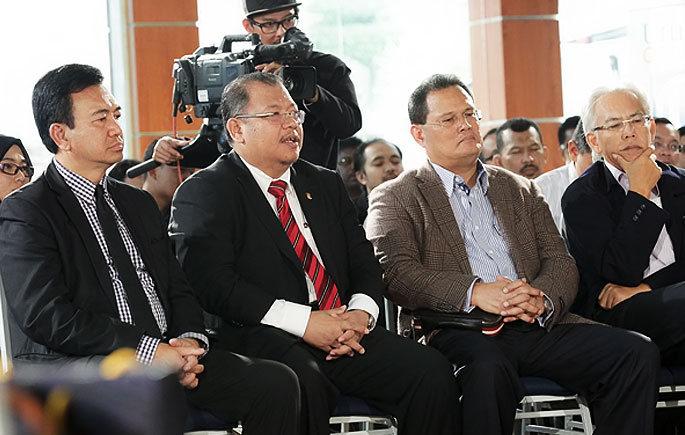 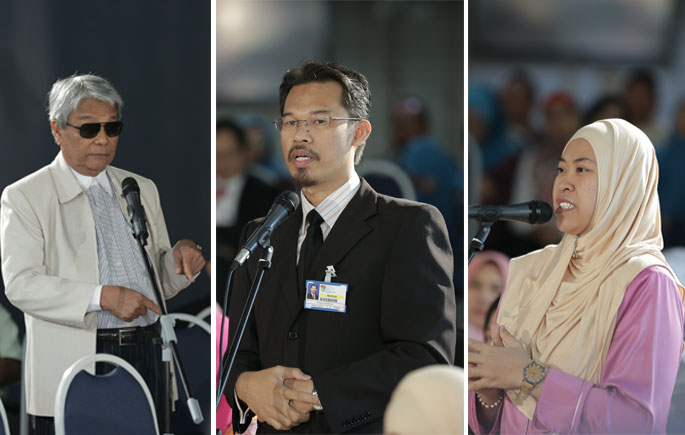