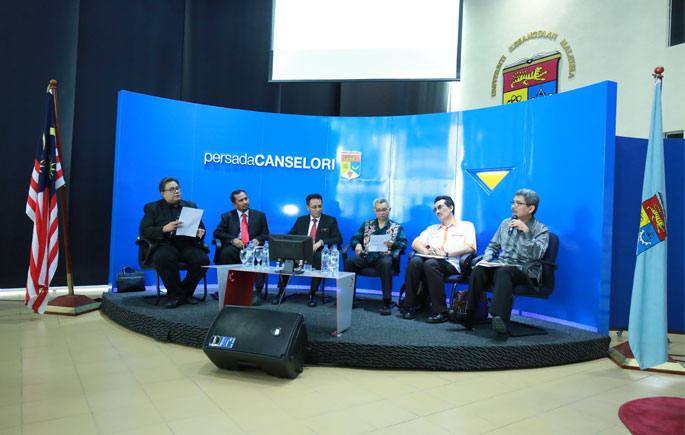 BANGI, Oct 23, 2015 – The Malaysian Meteorological Department Forecasts that the haze will diminish in the last week of October.

The weather phenomenon El Niño caused the drought and heat over the past three months, said Dr Mohd Hisham Mohd Anip of the National Weather Center, at the 25th Bicara Persada Forum of The National University of  Malaysia (UKM) here today.

“The problem of prolonged haze this time, (began at) the end of the month of Shawwal,  (And lasted) until now. What happened was the haze occurred during the Sourr-West Monsoon of the  7th, 8th and 9th months. Winds from Sumatra and Kalimantan brought the smoke form the fire to  our country.

“But this time, even in the 10th month it (haze) was not over. This is because of the El Niño weather transition, not the southwest monsoon season anymore.

” The northeast monsoon regularly starts in the 11th month, but this time starts earlier.

“We expect by the middle of next week to subside,” said Dr Hisham at the forum titled Breathing in The Haze: Until When?

According to him the phenomenon of El Niño was one factor that led to a prolonged drought and peat fires not being extinguished.

“We observe everything in the air, including haze. It exists in the code of  metrology. In the case of haze this year, it was worse. Why?

“Behind the scenes, we had observed the El Niño weather pattern that can change the weather in Malaysia and other countries.

Most of the fires occur at peatland where the flames are underground, although the fires at the surface were extinguished, said Freddy.

What’s more, the cloud seeding that Indonesia implemented was less effective as the climate phenomenon El Niño caused strong wind blowing the seeded clouds towards the Philippines, he said

“We have done everything we could. Its not only bad for our neighbours,  but also for us. This year is very serious. I cannot say it will be resolved because of Niño and dry conditions.

“This is beyond our capacity. We agree with the discussions. The  conditions are unfavorable,” said the ambassadorial advisor

“We’re open to outside help, and thanks to Malaysia for their help by sending Bombardier aircraft – the only one in the region,” said Freddy.

Prof Talib told the forum, smog, or haze is nothing new in the Malay archipelago.

“It happened in the region since the 18th century. Dutch planters wrote about it and the fires in peaty soil,” said Professor Talib.

According to him, rather than the smoke, the real danger were the toxic gases carried by the winds  to Malaysia and Singapore.

“Fires in peat, produce SO2, NO2 gases with  very minute particles, moving with the ‘down-wind to our country. So we are affected. Most of these particles are 0.1 to 0.3 micrometres in size. We should wear N95 masks. It can get into the alveoli of the lungs and respiratory system, and  into the circulatory system,” he said.

Tan said the practice of clearing land by burning forests should not only happen in Indonesia, but in other countries as well.

“Actually, the haze had occurred in northern Thailand in 2009, also in South Vietnam, Cambodia and Laos as farmers burn the forest to prepare the soil for planting.

“Best practices should be shared for all countries,” he said.

Meanwhile, Mohd Famey said the country will build tube wells as a first step to help farmers cope with drought in the future.

Tube wells is a method of using the resources of the earth to irrigate the rice fields during shortages of water, ” he said.

The forum was moderated by Suhaimi Sulaiman of Astro and organised by the Institute for Environment and Development (LESTARI) and brought by UKM Pakarunding. 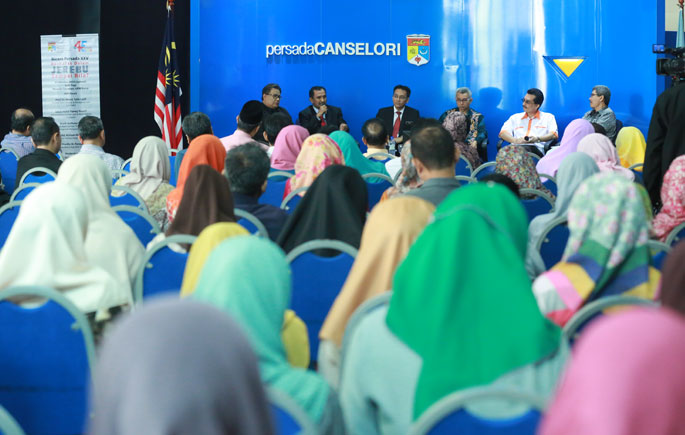 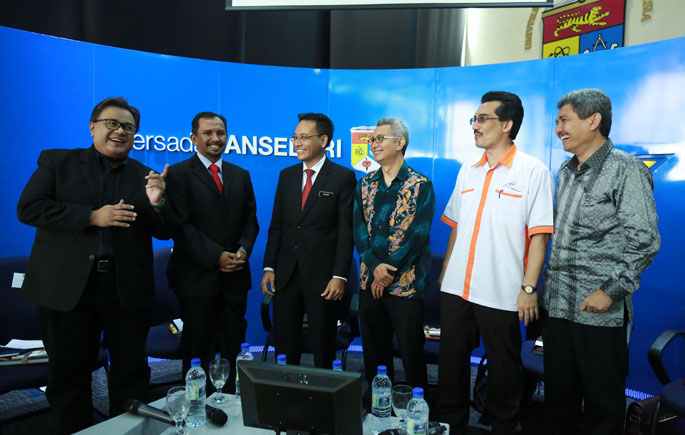 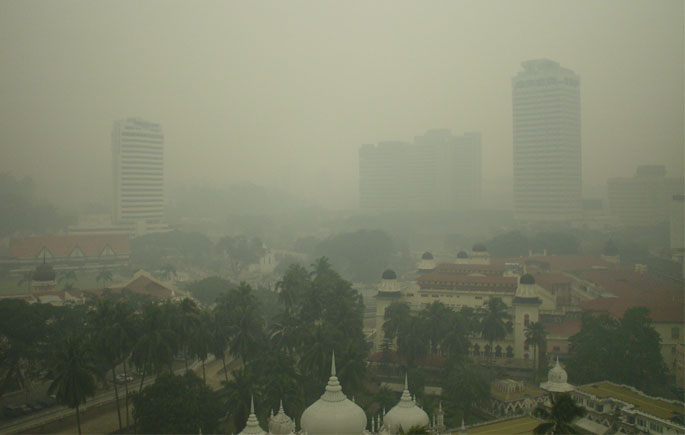