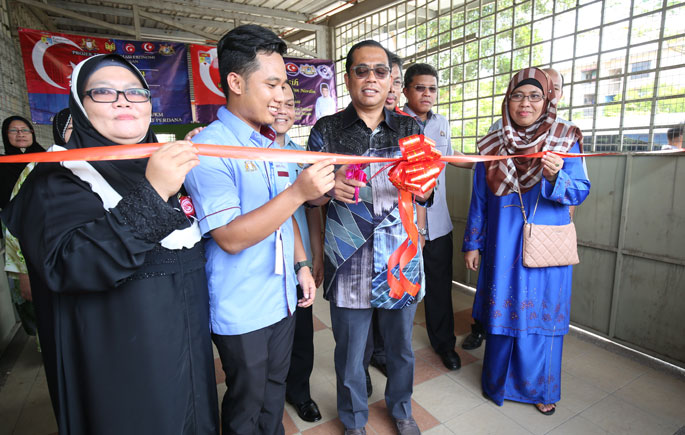 BANGI, 17 November 2015 – A group of 14 students of The National University of Malaysia (UKM) who are members of the Johor students association (PERMAJ) is helping single mothers and teenagers in Pasir Gudang, Johor, to become entrepreneurs under the Young Ambassadors or Duta Jauhar programme.

A total of 35 single mothers have been identified to take part in the scheme in which PERMAJ aims to establish a new association for them, said the head of the UKM Duta Jauhar Muhammad Afdzal Bin Mohd Affandi.

According to him, it is part of the Economic Transformation Programme and Human Capital Project (TRANS EKO-MI), which was launched by the Menteri Besar of Johor Dato’ Mohd Khaled Nordin on 14 November.

The Economic Transformation and Human Capital Project (TRANS EKO-MI) is held within seven months from the beginning of implementation at the residential flats, i.e. 17 May till 31 December 2015.

“With the cooperation of the Pasir Gudang Municipal Council, we managed to get a shop lot to be the ‘one-stop-center’ for single mothers to carry out their business, namely the Duta Jauhar Community Center,” he added.

They were appointed by the state government through the Johor Education Foundation to implement the Duta Jauhar 2.0 programme in Pasir Gudang, which is concentrated at the Taman Desa Rakyat apartment block.

The event was organised to introduce the TRANS EKO-MI project  undertaken by UKM PERMAJ Duta Jauhar group supervised by Dr Norinsan Kamil Othman for the realization of the transformation agenda of the state.

The main goal of this project is to encourage entrepreneurship among  single mothers and human capital development of youths in the neigbourhood.

When opening the program, Khaled praised the contributions of UKM PERMAJ  to the development of the state.

According to Khaled they who assisted local communities in collaboration with government agencies have a good track record.

“Therefore, I believe every community which is involved and take advantage of this project is able to bring about change in themselves, their families, communities and nation,” he said.

He said that the government and private agencies should also be more open to new ideas and new challenges from students to ensure that each project is not limited to old concepts.

In addition the launch ceremony included various events for local residents, such as the Futsal competition, colouring contests, cooking competition and talks.

Also present were the General Manager of Johor Education Foundation On Jabbar, and the President of the Pasir Gudang Municipal Council, Md Za’nal Misran. 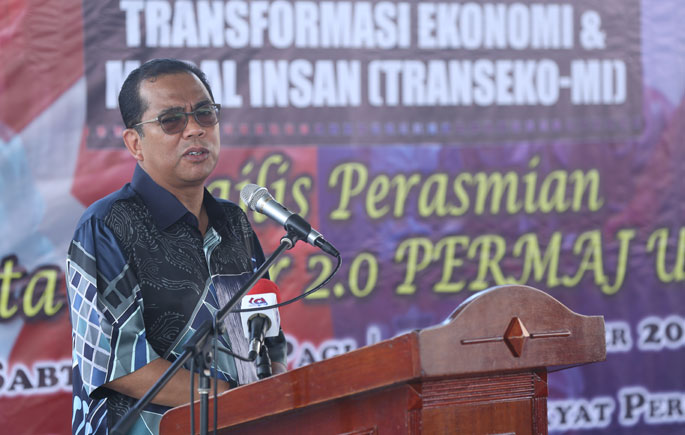 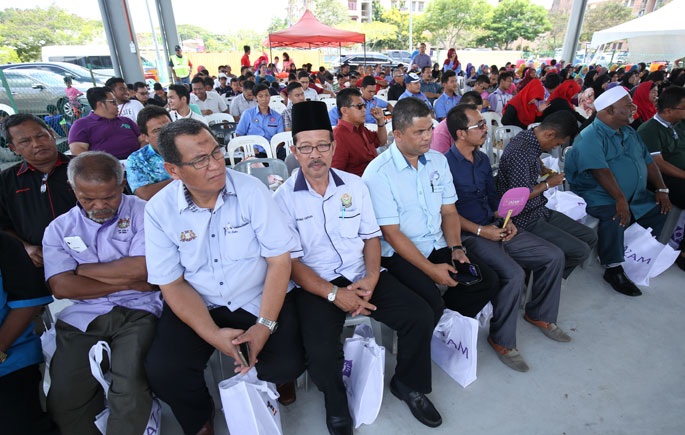 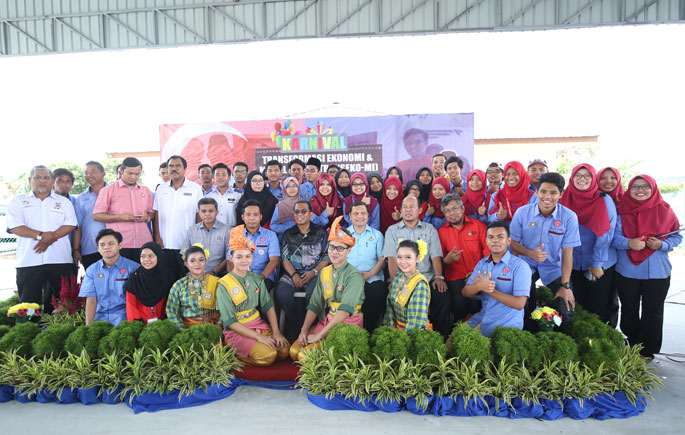