Number Of Premature Babies Rising Due To Life-Style Changes 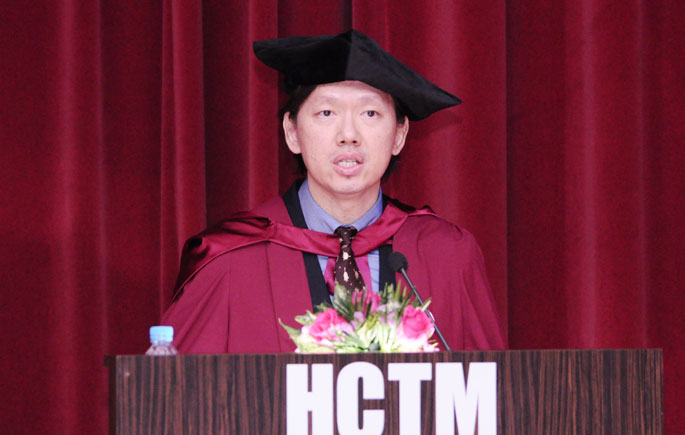 Kuala Lumpur, 4 June 2015 – Research shows that every year about 5 to 18 percent or nearly 15 million of babies born worldwide are premature and quite likely the figure will rise due to changing lifestyle of society.

“We expect the birth of premature babies will continue to rise because of the stresses of modern life and progress in medical technology becoming increasingly sophisticated to the point that definition of premature refers to even earlier live births at 22 weeks (5 months and a half) that can be treated with care,” he said at Professor’s Premier Lecture: Lung Disease of Premature Infants and the Effect of The Infection On The Uterus, here on May 29, 2015.

Prof Cheah said the major factor which leads to the birth of a premature baby is the extremity of the mother’s age during pregnancy, which is either too old or too young.

“Besides that, there are women’s disease which causes the complications and pregnancy through medical intervention which resulted in twins,” he explained.

He said although in the last three decades the country has developed and successfully addressed critical issues relating to the lungs of premature infants who lack surfactants, the complications have yet to be resolved.

“Chronic lung disease among the babies known as bronchopulmonary dysplasia (BPD) is a consequence that may occur against baby recovering from the acute distress syndrome (RDS),” he clarified.

Prof Cheah said the frequency of the complication is in the range of 15 to 50 percent among babies born with a weight less than 1500 grams, but it can vary within a relatively large range depending on treatment centres as well as the average gestation period of the premature baby.

“Since the 1990s to reduce this problem, antenatal corticosteroids have been administered to expectant mothers with premature infants.

“Now this treatment (antenatal corticosteroids) has become relatively cheap and must be given to all pregnant women with premature delivery because the protection afforded to not only to the baby’s lung but also other organs, particularly the brain,” he stressed.

He remarked the use of antenatal drugs will increase the secretion of corticosteroids surfactants in the lungs and reduce the need for external surfactants.

“Both these drugs when used together will be able to strengthen the lungs and breathing as well as increasing the percentage of premature babies who can be saved in the past decade in which almost 90 per cent of babies born around 28 weeks and weighing 700 grams can survive,” he said.

“PPUKM can improve this situation to achieve higher usage but the constraint faced is of expectant mothers who came late in consulting an obstetrician when there were already signs of a premature birth,” he explained.

Prof Dr Cheah said for maximum efficiency, antenatal corticosteroids treatment should be given at least 24 hours before the baby was born.

“In fact the use of external surfactants can be reduced if antenatal corticosteroids treatment was optimal,” he said.

He said the rate of premature infant disease of chronic BPD at the PPUKM neonatal intensive care unit was quite low, less than 10 percent.

“Analysis of the rate showed the care given at the Medical Centre include the use of external surfactants and ventilation therapy in the form of CPAP (Continuous Positive Airway Pressure) and aggressively reduce oxygen and infection by germs as well as the use of compact intrarena nutrition therapy,” he said.

Prof Dr Cheah explained that premature births may be due to the effects of uterine infection where infection and inflammation triggers hormone secretion and other intermediaries that can cause contractions of the uterus to produce pain and rupture the foetal membrane earlier.

“Babies born premature may indicate an urgent situation in which the environment in the uterus is no longer suitable for foetal survival because infection has grown manifold and that is very dangerous,” he said.

He added research showed that infection due to toxins from germs (endotoxin) are able to bring maturity to foetal lungs for respiration so that it can emerge early and get a better a chance for survival outside the infected womb.

“The theory is supported by clinical observation in which babies born premature show evidence that there is an almost 50 percent less likely to be infected with RDS through the inflammation of the placenta has less surfactants at the moment after birth.

“But for babies, they still have a higher risk of getting chronic diseases as a result of scratches and scars of  BPD wounds from inflammation caused by infection in the fetus,” he said.

He advises pregnant women to seek antenatal care, look for premature birth signs, and  don’t delay consulting a doctor because there has to be enough time for antenatal corticosteroids wonder drugs to take effect for protection and development of the foetus’ lungs. 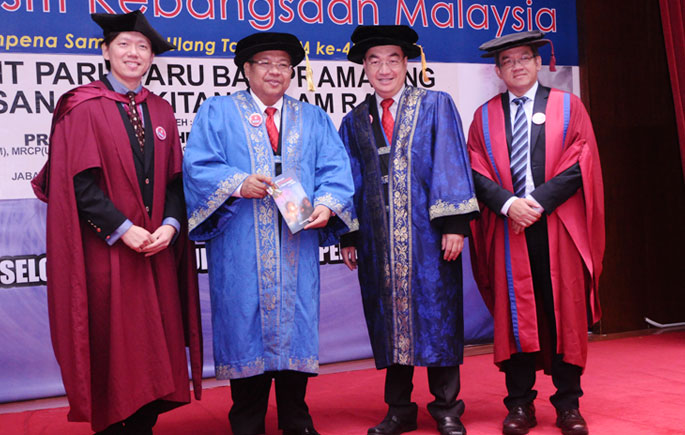