Overseas Universities Give Thumbs Up To UKM on Climate Change 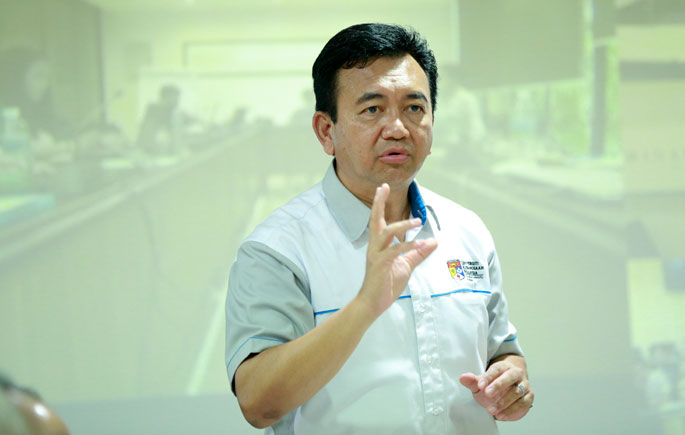 BANGI, 27 July 2015 – Universities are obliged to give more emphasis to governments about the threat of climate change around the world.

A network of universities in Japan, Thailand, Indonesia, Vietnam agreed with The National University of Malaysia (UKM)  that the role of higher education in innovation, policymaking and development is critical in adapting to the complex problems brought about by climate change.

Hosting a special session simultaneous video conference of the network here today,  UKM Deputy Vice-Chancellor (Research and Innovation) Professor Dato’ Dr  Mazlin Mokhtar, in his introduction, said the university had always advocated the leading role of universities in helping governments to deal with global warming and how to mitigate its effects.

The institutions that took part in the video conference are members of the University Network for Climate and Ecosystems Change Adaptation Research (UN-CECAR),  a network of leading universities and organisations developing postgraduate education and research on climate and ecosystems change, and sustainability science.

Prof Mazlin, who  is an international fellow at UN-CECAR and the United Nations for Training and Research Centre at Switzerland, said his studies  at UKM and the network had come up with several modules on sustainability and leadership solutions.

Among those taking part in the video conference was Prof Dato’ Dr Sharifah Mastura Syed Abdullah, director of Institute of Climate Change (IPI-UKM) who spoke about her team’s research at Batu Pahat, Johor.

Answering a question from a scientist in Japan, she lamented that  coastal settlements like Batu Pahat and Kuala Selangor face dire consequences because of the rising sea water levels and significant seaside erosion.

“farmers living near the coast of Batu Pahat are worried that their livelihoods would be jeopardized in the near future.

“At least one village was vulnerable to sea-water rise by 2020. It belongs to palm oil small-holders. We also made a forecast for the year 2040. We now know which houses will also be underwater, which areas are heavily populated. So we have erosion problems, hit by the Big 3s ; Erosion,  Submersion and Salination,” she explained to a Japanese researcher at Tokyo University.

According to the IPI Director, in Malaysia climate change has yet to be factored into development plans.

She pointed out that UKM might be among the most forward-thinking among local universities to bring in climate change into sustainable development plans.

The overseas universities fielded questions about building resilience to Climate Change post-graduate course to a cross-disciplinary group of researchers in Malaysia.

Another participant economist Prof Dr Jamal Othman of the National Council of Professors said the education system in Malaysia should adjust its curriculum to raise awareness of climate change because a lot of issues had emerged over the last 20 years.

Prof Jamal proposed that emission reduction from greenhouse gasses be reduced by half by the year 2020 from the baseline as the most cost-effective way of mitigating climate change.

“Building structures to stave off sea water from flooding homes and cultivated land is very expensive and we have to look at other ways as well to mitigate climate change,” said the economic consultant.

He admitted that he, as an economist, had not taken the phenomena seriously enough earlier because the data at that time was still inconclusive.

However, he realized that climate change is affecting agriculture and other economic activities when he examined more recent data on temperature rise and increase in sea water levels.

Prof Datin Dr Norizan Abdul Razak, who had researched, who had used social media to help rural women in poverty-stricken areas to become entrepreneurs, said  the hazards of climate change should be explained to all.

She said global warming and rising sea water levels are issues that should be discussed in the mainstream media, and not just social media.

Dr Vivien Yew, an anthropologist, said studies done among the fishing  communities near the coastal town of Tanjung Karang found that  the people there were aware of climate change.

“The fish catch is declining. This fishing village knows about climate change and sea-level rise, but don’t know what to do. We were looking into the sustainability of the environment, also on the economics, on how we help them improve their livelihoods,” Dr Yew explained.

More alarming for the inhabitants was seeing their houses slowly collapsing.

“Out of 50 houses there, 2 had collapsed, 3 were collapsing. The families helped each other by shoring up their houses with rocks to try to prevent the houses from further collapsing.

She added that more should be done to help the communities.

The other universities participating in the special session were University of Tokyo at Kashima campus, Chulalongkorn University in Bangkok, Indian Institute of Technology at Kharagpur and Vietnam National University, Hanoi. 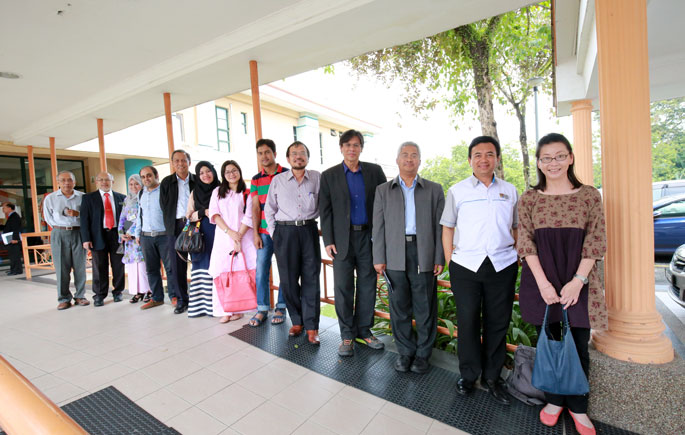 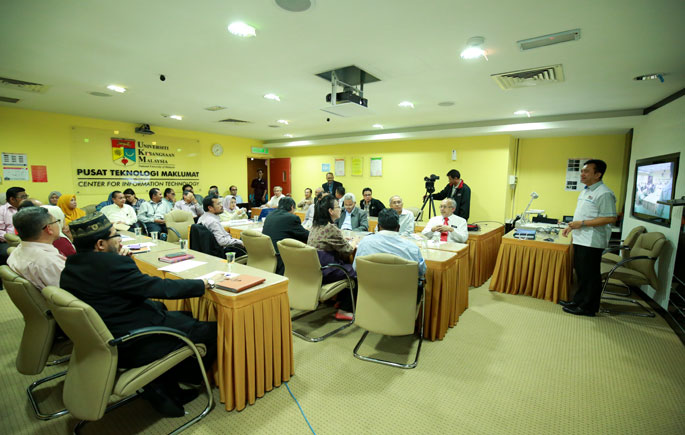