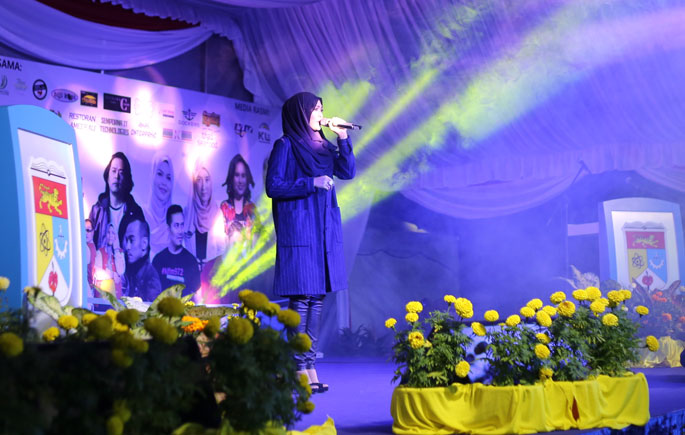 BANGI, 5 November 2016 – Popular singer, Siti Nordiana Alias, brightens the atmosphere with her presence at the Opening Ceremony of the 44th UKM Convocation Carnival at Dataran Panggung Seni, UKM on 3 November 2016.

The 31-year-old singer, who also goes by the name Nana, gave a live performance of her hit song “Putus Terpaksa” and also a duet entitled “Memori Berkasih” that brought her fans to their feet.

“I agreed to perform here because I strongly support events that are organised by students since I know that most of them are fans of mine,” Nana explained.

Nana who grew up in Seremban, Negeri Sembilan began to venture into the music industry at a tender age of 15 and she returned to the spotlight when she won the second season of Gegar Vaganza, 2015.

The UKM Convocation Carnival is an annual event and local artist such as Khai Bahar, Tasha Manshahar, Tomok and Tam Spider will be performing at this year’s carnival, which will take place until 8 November 2016.