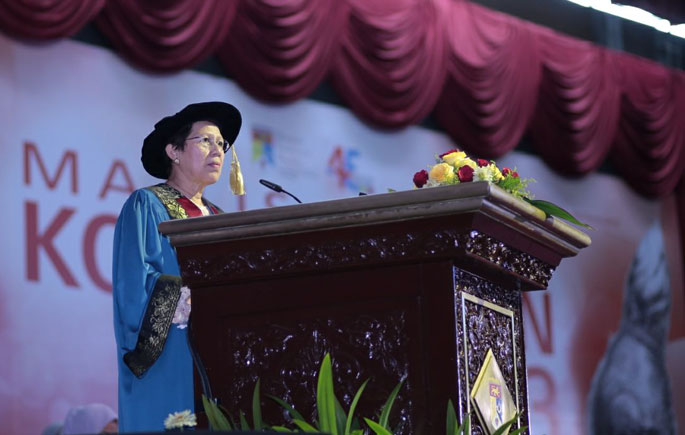 They said they should conduct themselves with humility and dignity when going out in the world.

Graduates still have much to do and must prove themselves, said Prof Emerita Sharifah Hapsah, who is former UKM Vice-Chancellor, in her response to being conferred the honorary title at the 43rd UKM convocation, here today.

“Your journey is at an end, and you’ve received what you sought for. In this glorious morning, step outside with sincerity.

“What else is there to say, just some words of wisdom from your elders. Their counsel is what you have,” she said in the form of a Malay poem, or Seloka.

She urged them to be polite and courteous, while also be willing to help the less fortunate.

She also advised graduates not to be envious of those who did better than them in life.

“Competition is the way of the world. Those who dare, win, but don’t be jealous and try to do harm. There’s nothing to be gained by back-stabbing and the only way to do well is to compete,” she explained.

Meanwhile, Tan Sri Dr Haji Mustapha Kamal, who is a captain of industry,  told the graduates that there are skills and abilities that don’t come with formal education, which they must learn the hard way.

“They might be a 1st class honours bachelors degree holders, but it is pointless if they can’t deliver what industry wants. They (private sector) are looking for people who have the abilities with quality, within cost and on time.

“If you don’t have the qualities, I’m afraid its going to be a problem.

“Not only about skills, but problem-solving skills, analytical, cost-cutting skills. Proficiency in English is a must to do well in business,” he said.

Dr haji Mustapha Kamal, who is a property tycoon, and founder of the EMKAY Group, started his career as a civil servant serving in the district offices in Selangor.

He made his debut in the corporate world as the General Manager of Shah Alam Properties Sdn Bhd, a subsidiary of Kumpulan Perangsang Selangor Berhad.

He has wide experience in property development and management, and he was dissapointed to see many young people seeking employment who were not ready for the challenges.

“Once 330 graduates applied for work with us, but we only took seven after the interviews! That was how bad it turned out. But I gave another chance to 74 others, and after some training, they were accepted for employment and now they are quite productive!

“You see , its all about the right kind of motivation and bringing out the best in people,” he said.

And his advice about choosing the right career?

“Be happy first before thinking about succesful, because being succesful doesn’t necessarily mean being happy,” he added. 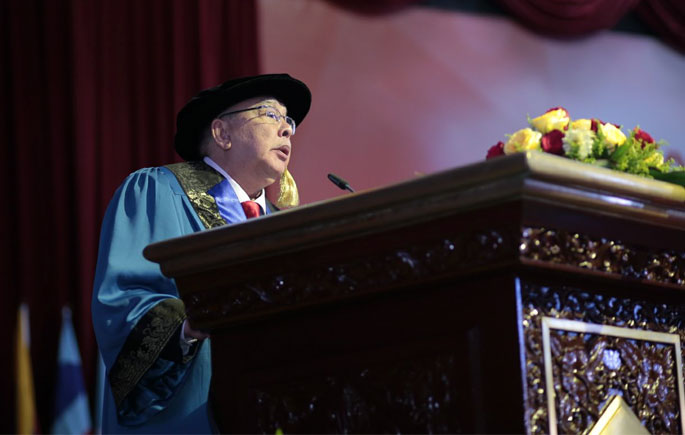