Scare For UKM before Cricket Victory 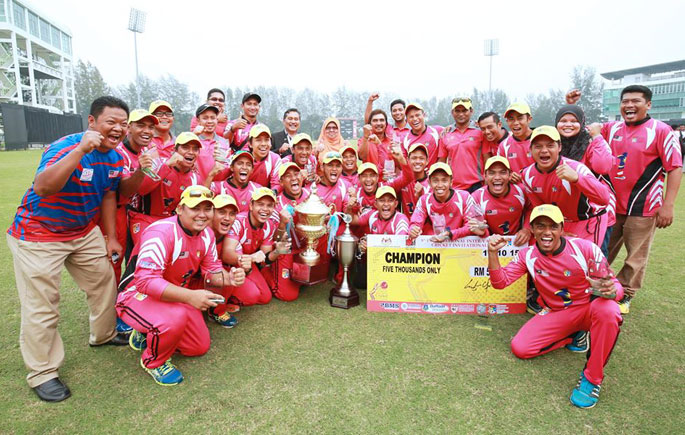 BANGI, 23 Oct 2015 –  The National University Of  Malaysia (UKM) has retained the  8th International Intervarsity Cricket Invitational 2015  tournament,  narrowly winning by two wickets over newcomers, BMS Northumbria University of Sri Lanka in the final round at Bayuemas Oval, Klang on 17 October.

BMS Northumbria University which opened batting,  swiftly hitting  80-1 in 10 overs, but slowed down after 20 overs .

However, rain stopped play briefly after the enthusiasm of UKM looked to be derailed after the defending champion lost the first wicket in the first over.

With a target of 155 runs to win in 31 overs, the homesters  made sure of retaining the championship when completing 155-8 runs in 30.1 overs.

Fikri Makram Rosdi (UKM) was crowned best player in the final round while Saud Shakeel (Sir Syed University of Engineering, Pakistan) was  declared  player of the tournament. 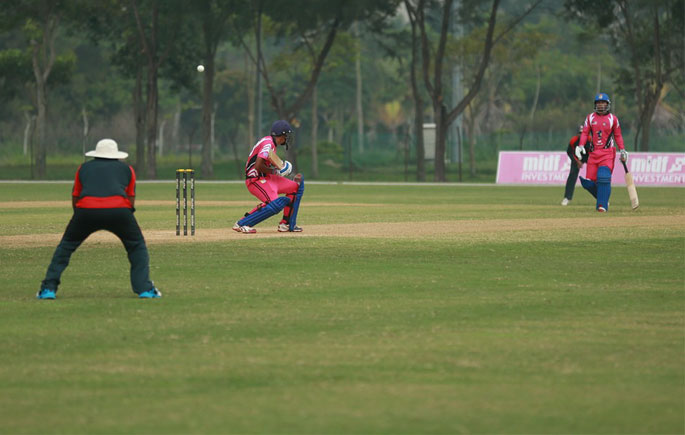 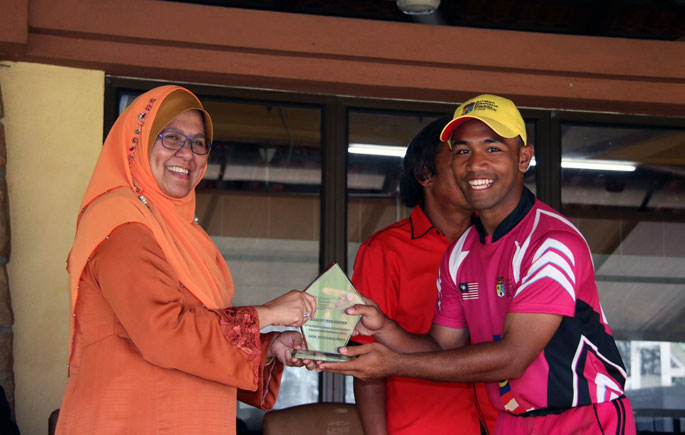 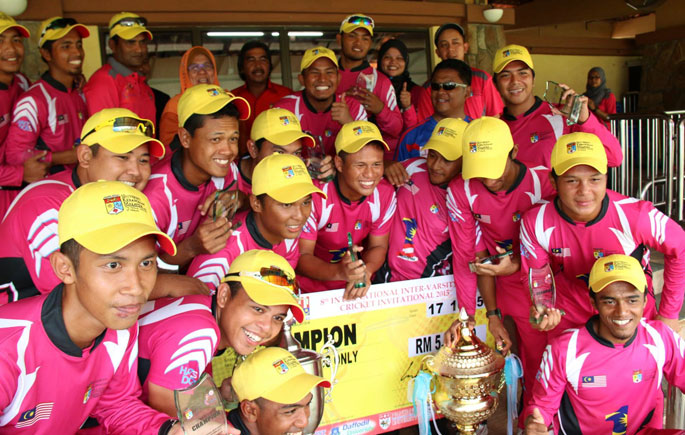