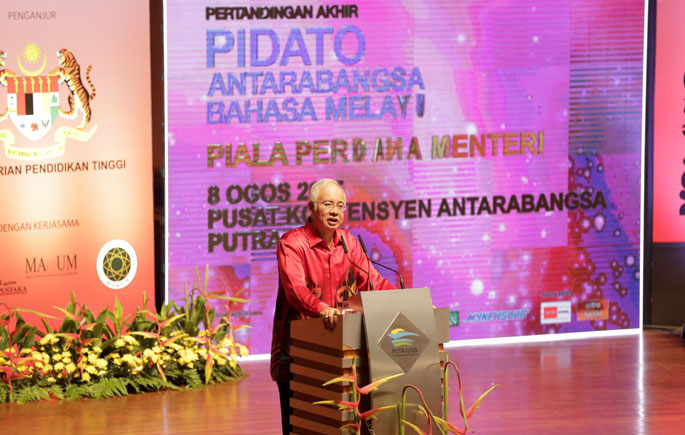 PUTARJAYA, August 8, 2015 – Local public universities, including The National  University of Malaysia (UKM), should cooperate with renowned institutions of higher learning around the world to establish more Malay Studies Chairs.

This is an effort to promote the Malay language in the era of information explosion and communications technology (ICT), said Prime Minister Datuk Seri Najib Tun Razak.

Thus the Ministry of Higher Education should continue to hold discussions with relevant parties abroad for the purposes of such collaboration, Najib  said when officiating the finals of the 2015 Prime Minister’s Cup International Malay Language Public Speaking Competition (PABM).

“To some extent the ICT boom has presented new challenges to the Malay language to enter cyberspace and beyond to compete with other more dominant languages​​,” he explained.

Najib said the Malay language can be delivered to the international community if efforts are made to provide reading and reference materials, export movies that showcase the local Malay language and culture of Malaysia and developing web portals.

“The Malay language should also be promoted through the involvement of these countries in such efforts and international conferences.

“I also urge the Ministry of Higher Education, Dewan Bahasa dan Pustaka and publishing companies to work together to provide reading and reference materials, especially on Malay Civilization and Malaysia to the international community.

“This includes the export of local films that highlight the Malay language and culture in Malaysia,” he added.

He said that although English was given room to grow in the education system of the country, the government still maintains the Malay language  as the primary language in formal education and arbitration in the country. 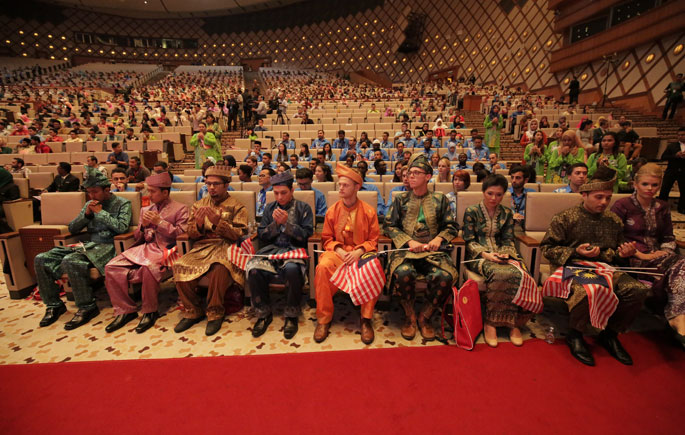 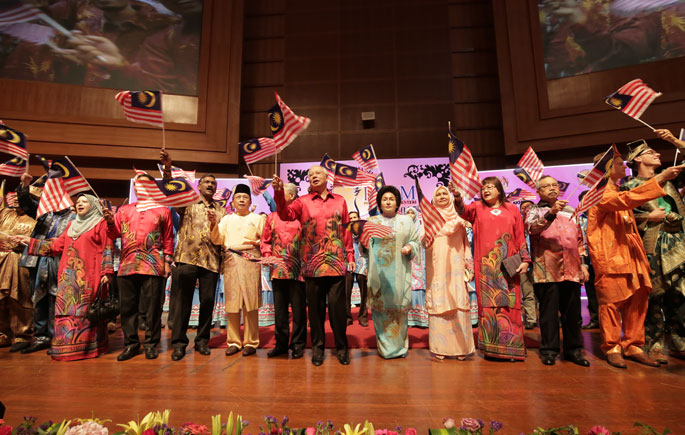