Simón Rodríguez, Rebel Before And After Independence 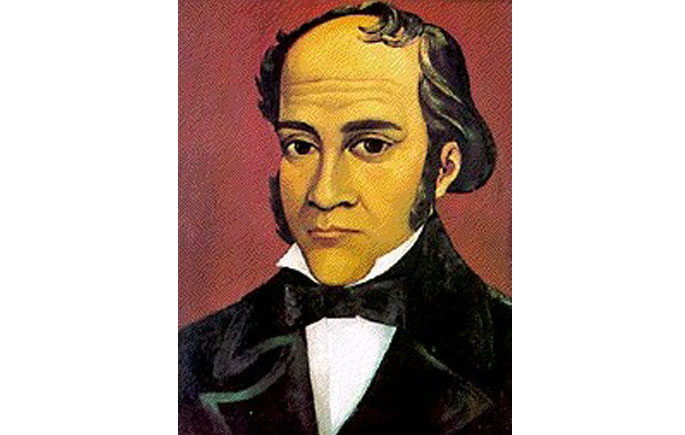 BANGI, Oct 21, 2015 –  Newly-independent nations might have fought hard to be liberated, but this did not necessarily mean that they were really free or ready for reforms.

The Latin American educator and revolutionary Simón Rodríguez (1769 – 1854) who fought for independence from Spanish rule through his philosophy, found out the hard way that vested interests wanted to preserve the old ways, said  Prof Josu Landa of the Universidad Nacional Autónoma de México (UNAM).

Despite being given the responsibility of reforming the education system in Colombia by his protégé the liberator Simon Bolivar, the landed elite resisted change, Prof Landa said in his lecture at The National University of Malaysia (UKM), here today organised by the Centre For Latin American Studies (IKAL).

He said Rodriguez faced enormous opposition to reform education, leading the educator to declare: “We are independent, but not free – owners of the land, but not ourselves”.

According to Landa, it was not just a few Latin American nations at that time that had yet to understand true independence, but most of them.

“This meant that although the political and administrative liberation accomplished by the vast majority of the countries  that make up ‘Latin America’ – yet independence had yet to be achieved.

“It can be said that the aspects in which Simón Rodríguez’s attention was focused were despised by the elite and the political leaders of the countries liberated from the Spanish yoke,” he said.

He stated that Rodriguez proposed nothing short of the creation of a new republican order, with new social structures that were appropriate to the American reality after the fall of the Spanish empire.

While in exile in Jamaica during Spanish rule, Rodriguez wrote in his letters to Bolivar and other revolutionaries that the new American nations must surpass the passive state to which they were forced by the Europeans.

However, he said Rodrguez did not want to change everything, but to add to what was missing.

“He said: take the good – leave aside what is wrong – imitate with judgment and, whatever you lack, invent,” Prof Lana explained.

What Rodriguez proposed was a Utopia in which he rejected a Eurocentric vision and the material riches of North America.

Prof Landa has been teaching as a full time professor at the department of Philosophy, Faculty of Arts in UNAM since 1988.

Also present at the lecture were the Director of the Institute of Malaysian and International Studies (IKMAS) Prof Dr Rashila Ramli and head of IKAL Assoc Prof Dr Zarina Othman.