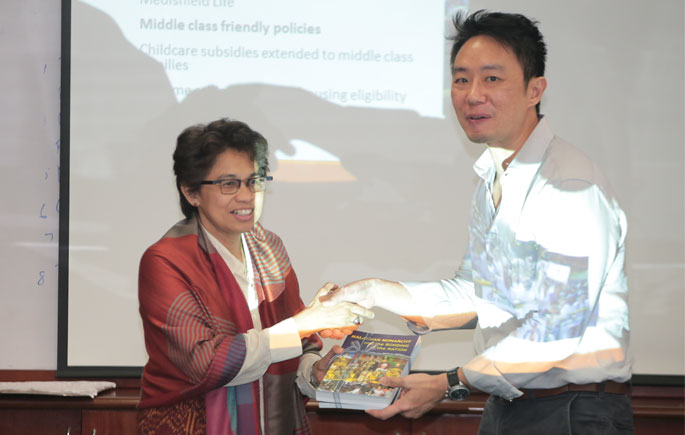 BANGI, 19 Oct 2015 – Singapore’s ruling party the People’s Action Party (PAP) secured a larger majority in the 2015 general elections in September, not because of a sympathy factor following former Premier  Lee Kuan Yew’s death recently,  but dealing with basic issues such as listening to the grassroots and a ‘feel-good’ factor.

The PAP bounced back from a lackluster showing in the 2011 polls because the incumbent party took heed of the grassroots and addressed bread-and-butter issues, said Dr Terence Chong, Senior Fellow at Singapore’s  Institute of South-East Asia Studies (ISEAS) Yusof Ishak Institute.

Speaking at a lecture sponsored by the National University of Malaysia (UKM) here on October 16 Dr Chong said the PAP implemented policies to increase affordable housing for middle-class newly-weds while tightening immigration; two issues that were high on the ordinary people’s list.

“Immigration, huge increase over the last decade. Infrastructure could not keep up with this flow. Housing prices went up. Younger couples had to wait for affordable housing.

“So middle-class-friendly policies were introduced. Health-care policies extended to middle-class. Income ceiling for public housing eligibility raised to $S12,000 a month,” he surmised.

In his talk titled ‘Singapore General Elections 2015: What Happened?’ he also concluded that increasing funds for the Mass Rapid Transport (MRT) system and enlargening the fleet of public buses were generally well-recieved.

He acknowledged that there was also concern that the PAP might be toppled following the big gains made by the Workers Party (WP) and the Social Democratic Party (SDP) in the 2011 polls.

“The middle-class are conservative and fear the PAP losing power. There was this irrational fear that you might wake up to find the WP in power.

“If you are a small businessman relying on government contracts, you should be mindful of joining the opposition,” he explained.

Another factor was that Singaporeans were more content following the city-state’s high standing and  sporting successes on the international stage, known as the ‘Singapore 50 Years’ or SG50.

“It was the Golden Jubilee year of 50 years of independence. They had just celebrated the biggest National day Parade on August 9th.

“Singaporeans were reminded that in that period, Singapore went from the third world to the first world. They also had the feel-good factor of doing well in the SEA and Olympic games,” he clarified.

While some analysts attributed the passing of founding father and first Prime Minister Lee as a factor, Dr Chong said that was not so.

“Sympathy vote? I disagree. Rather, it helped focus the mind of Singaporeans on how much the city-state had achieved through dint of hard work and solidarity.

“His passing emphasized the message of good leadership which the PAP campaigned on for GE2015.

“Furthermore, the incumbent Prime Minister Lee Hsien Loong was quite popular and the PAP strategy put him at the heart of campaign. Posters of him were everywhere during this campaign, much to the dismay of the opposition candidates,” he stated.

He said Singaporeans took this into account and did not want a change in government.

The PAP romped to a strong election victory taking 83 out of 89 seats as it brushed off an opposition challenge in the city state’s most hotly contested polls.

The results from the polls strengthened the mandate of the party and of premier Lee amid an economic slowdown.

The PAP, which has ruled since independence in 1965, was always expected to win, but opposition parties, contesting in all seats for the first time, had hoped to gain enough votes to challenge its domination of politics.

The talk was sponsored by the Institute of Malaysian and International Studies (IKMAS) of UKM. 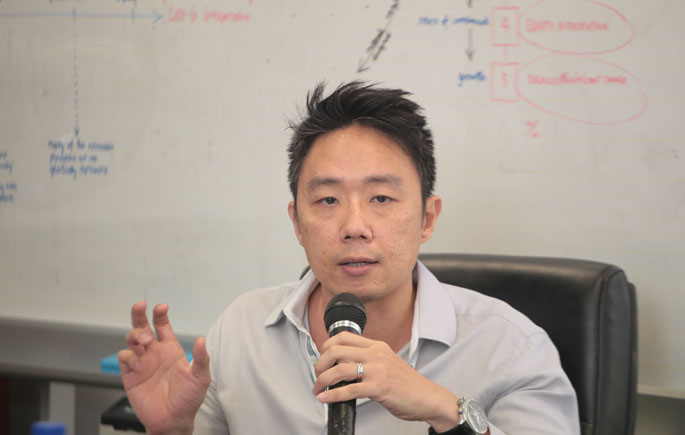 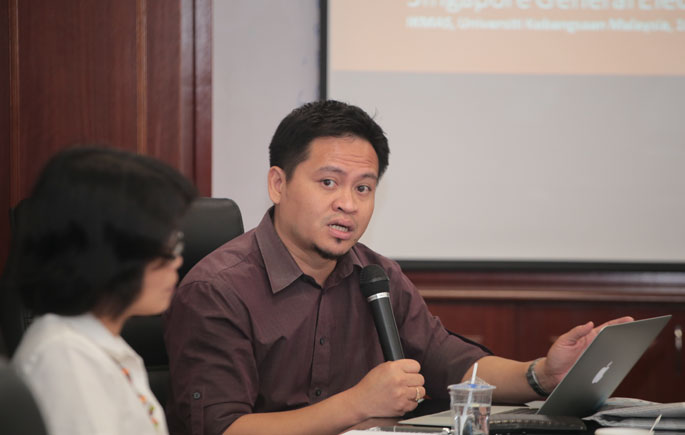 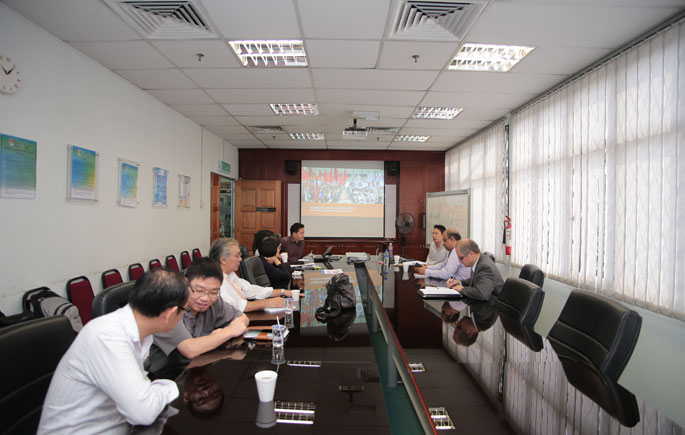