Thirteen Heads Of Cattle Sacrificed For Aidil Adha At UKM 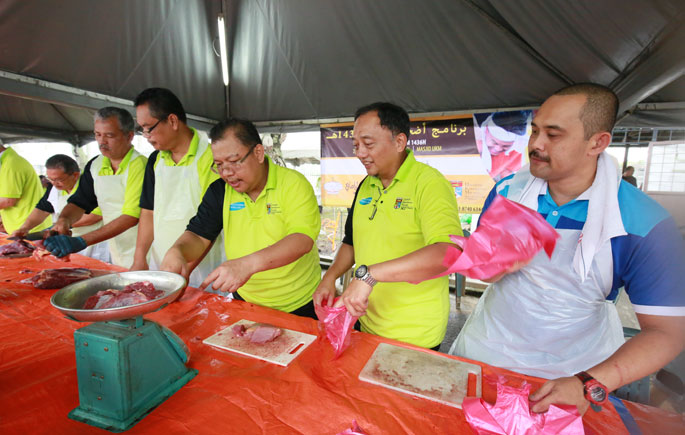 BANGI, 25 September 2015 –  A total of 13 heads of cattle and two sheep  were slaughtered at a ceremonial sacrifice for the Aidil Adha celebrations 1436 Hijrah at The National University of Malaysia (UKM) organised by the university’s Islamic Centre.

The ceremony, now in its 33st year, was held at the parking lot of the University Mosque here this morning.

UKM Islamic Affairs Officer, Omar Khairil Khuzairi said the Selangor State Government and the state Islamic Religious Department (JAIS) gave a cattle each for the ceremony. Others were allocations from the various faculties and centres of UKM.

Prof Noor Azlan took part in the task of slaughtering, skinning and dismembering the cattle and later gave away portions of the meat to those who contributed and members of the public who gathered at the feast.

Those who contributed to the Aidil Adha ceremony received two kgs of meat. 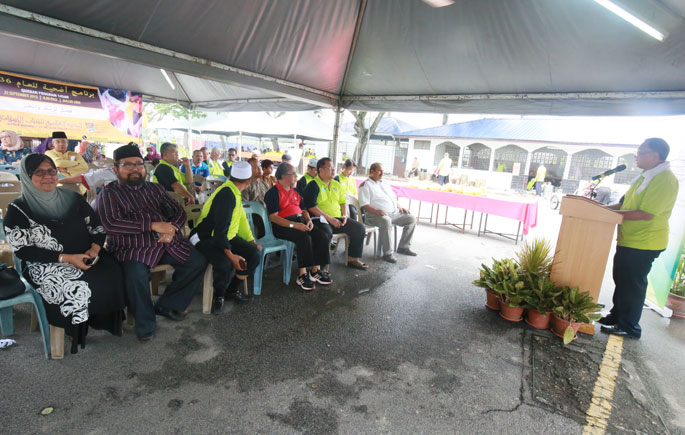 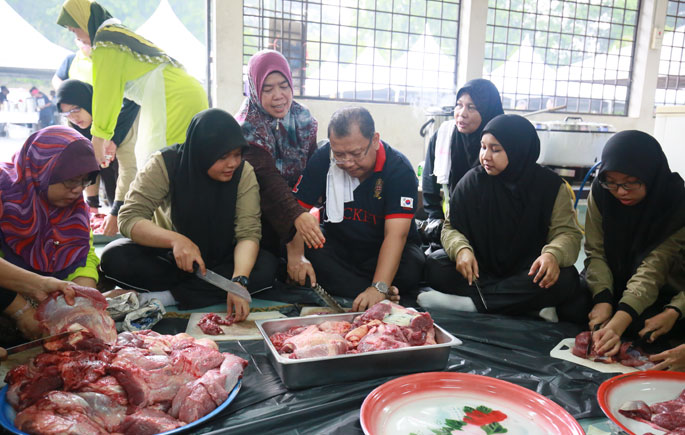 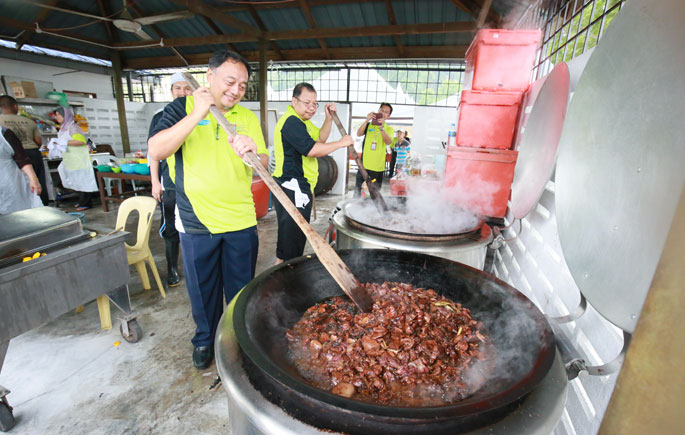 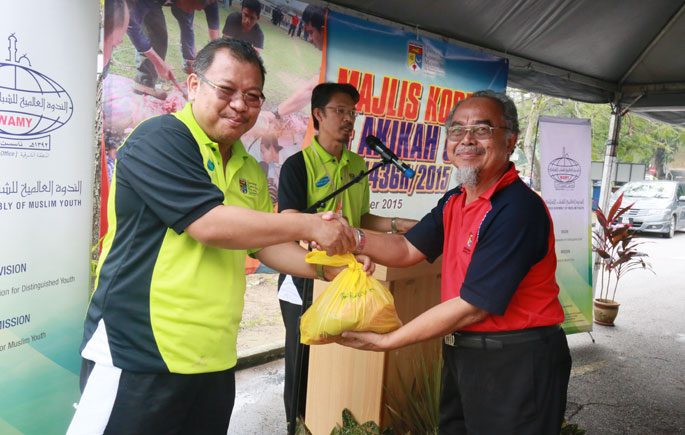 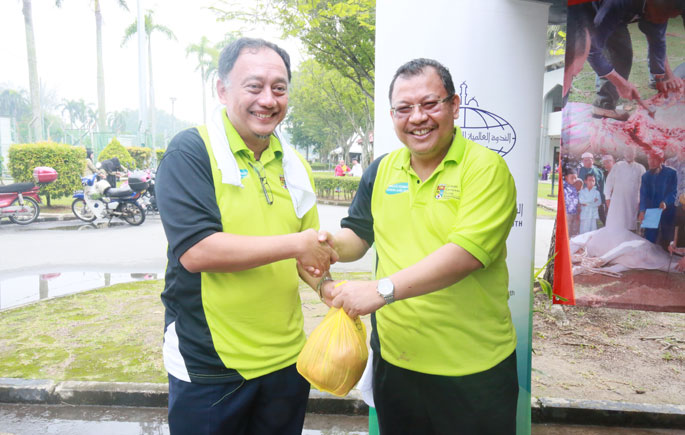