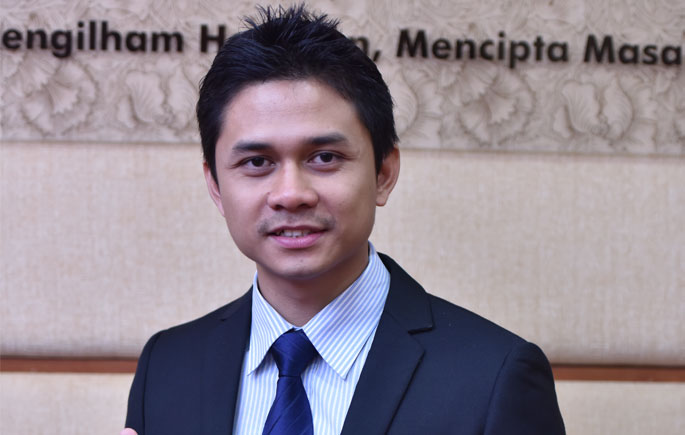 He was among the 17 young people across the world selected from 18,000 candidates, from 186 countries around the world.

Dr Mohd Lutfi represented the Hospital Beyond Boundaries (HBB), a non-governmental organization, founded by himself, in which he has been the Chief Executive Officer since the year 2012.

He was selected based on his contribution in support to Sustainable Development Goals 2016-2017 at the 17 th  United Nations General Assembly (UNGA), in New York, United State recently.

According to the UN, HBB was selected based on the organization’s effort in promoting and upgrading vulnerable communities, using the concept of sustainable development as the core of their activities.

The award recognized Dr Mohd Lutfi’s leadership and contribution to the achievement of the 2030 Agenda for Sustainable Development, which include a set of 17 goals to end poverty, fight inequality and injustice and tackle climate change by 2030 adopted by world leaders in the UNGA last year.

According to UKM Deputy Vice-Chancellor of Student and Alumni Affairs, Prof Dato’ Noor Aziah Mohd Awal, the success of Dr Mohd Lutfi on the world stage prrofs that UKM is a University that constantly produces excellent graduates.

“What also make us proud is that his parents are also UKM alumni,” she said, adding that this is not the first time a UKM alumni was acknowledged at the world level.

He hopes that UKM student emulate Dr Mohd Lutfi’s dedication in helping communities throughout the world and would be motivated with his achievement.

“I also hope that Dr Mohd Lutfi will continue to provide the best services to communities throughout the world so that they get the proper medical services in preventing and treating diseases,” she said.