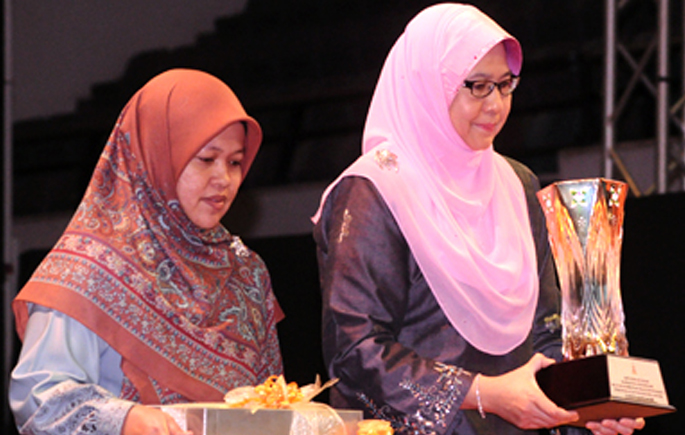 Prof Dr Norizan who has just been appointed Director of UKM’s Corporate Communications Centre (PKK) received the award coincidentally on her 51stbirthday.

She is a lecturer from the Faculty of Social Sciences and Humanities (FSSK) and served as President of the E-Entrepreneur Women’s Association which taught women entrepreneurs how to run their small businesses online.

She headed UKM’s Empowering Women Entrepreneurs Digital Economy Project training some 1,500 women entrepreneurs to develop their business websites together with some basic techniques of photography.

Rector of the International Islamic College (Kuis), Prof Dato’ Ab Halim Temuri was given the Imam Al Ghazali award at the same function while the Saidina Ali Award was won by a form five student of the Hulu Langat Islamic school, in Cheras, Nur Aisyah Mohamed Ibrahim for emerging champion in the Nusantara Arabic language debate contest recently.

They each received cash prizes of RM10,000, certificates of appreciation, trophies and attire.