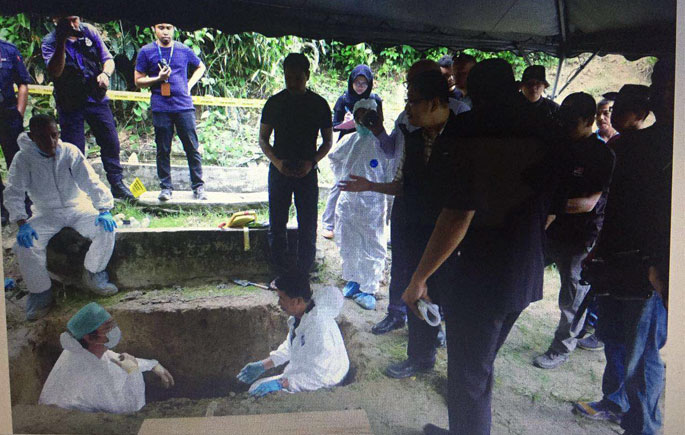 KUALA LUMPUR, 3 June 2016 – The investigation into the mysterious death of a Malaysian woman whose body was found in a septic tank in Thailand in 2008, has resumed after years of delays, thanks to the Forensic Unit of the Chancellor Tuanku Muhriz Hospital (HCTM).

After almost seven years of the probe hitting a dead-end, forensic experts and pathologists of HCTM, The National University of Malaysia (UKM) along with  their Dutch counterparts, exhumed and re-examined the remains of 37 year-old Malaysian  A. Fairos Ahmad Sulaiman.

Fairos lived with her Dutch Husband Lambertus Den Dulk @ Mohd Lufti Abdullah and their three-year-old son Johan Sebastian in Rayong, Thailand since 2004 until she was reported missing almost seven years ago.

Forensic pathologist and Head of the Forensic Unit at HCTM Prof  Dr Shahrom Abd Wahid said the case was referred to UKM experts by the Royal Malaysian Police at the request of  the Netherlands authorities for help find more evidence based on the remains of Fairos.

Her body was laid to rest in Kuala Kangsar, Perak in the north of peninsular Malaysia after being discovered very badly decomposed in a cemented septic tank in Ranong, Thailand in 2008.

“After exhuming the body, we did laboratory tests for morphological analysis, digital autopsy and computed tomography scanning at UKM’s facilities here in Kuala Lumpur. We also went to the Bangi campus where we used the scanning electron microscope which can detect metal in the bones, and the results were quite useful,” said Prof Shahrom at a press conference in the Forensic unit, here today.

Some ten experts from HCTM, Kuala Lumpur Hospital and the government of Netherlands were taking part in the re-opened case beginning with the exhumation of the body in Kuala Kangsar on 30th May before it was transferred to the HCTM.

Overall, Dr Gerrestsen, the forensic pathologist and Dr Vetmeij, the metallurgist praised the professionalism of the UKM staff and were quite satisfied with the facilities available at HCTM and UKM Bangi campus.

“We managed to detect an injury in the bones that was caused by a sharp implement made of stainless steel using the scanning electron microscope which we did yesterday,” said Dr Ir Vermeij, who is an expert in metals.

However the Dutch investigators were rather tight-lipped about further details of their findings, declining to name possible suspects.

“We can only present our investigation to the Chief Prosecutor in the Hague (capital of the Netherlands), and he will discuss it with the minister to decide whether to prosecute,” said  Dr Gerrestsen.

The government of the Netherlands came under increasing pressure to reopen the case, when recently Dutch TV aired an exposé documentary seemingly implicating Lufti in his wife’s death.

“The Dutch TV documentary team pointed out to Thai police’s assertions that her death was very suspicious, because she had earlier phoned her mother Marthiah @ Saadiah Mat Piah to make a police report in Malaysia about her suffering domestic violence,” explained Dr Gerrestsen.

Furthermore, her husband and their son Johan Sebastian returned to the Netherlands soon after she had disappeared despite Fairos telling her mother she would go back to Kuala Kangsar soon with her son.

When all means to contact Fairos had failed, Marthiah lodged a missing person’s report at the Kuala Kangsar police headquarters.

Prior to the report, Marthiah tried contacting her daughter’s house phone in Thailand but the son-in-law kept saying, “Fairos Malaysia, Fairos Malaysia”, because he couldn’t speak Malay.

The case was becoming cold because although Thai police suspected foul play and wanted to question Lufti , the Netherlands refused to hand him over because there was no extradition treaty between the two countries.

Fairos first met Lufti while working in Langkawi, before they married in Satun province, Thailand on June 22, 2004 and settled down in Ranong. 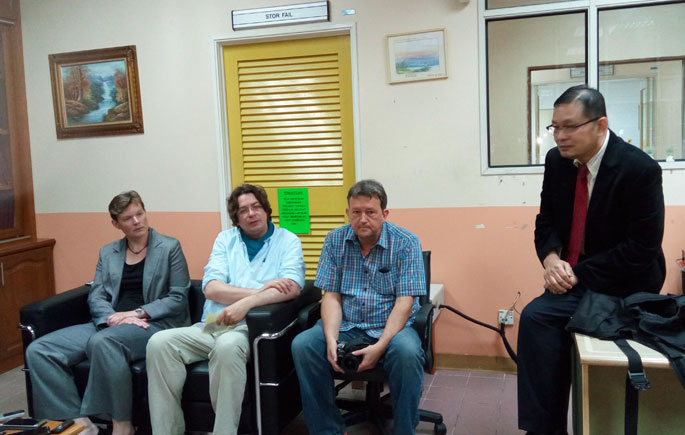 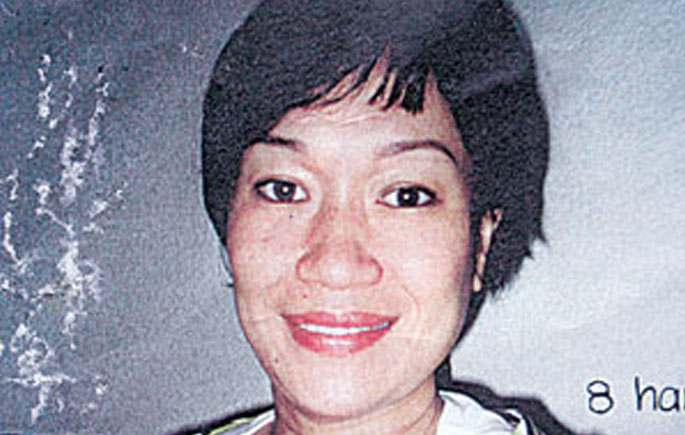