UKM HADHARI Director Conferred with an Honorary Award from Uzbekistan BANGI, 5 October 2021 – The President of the Republic of Uzbekistan, H.E. Mr. Shavkat Mirziyoyev has signed a Decree to confer an honorary award ‘30 Years of Independence of Uzbekistan’ to the Director of Institute of Islam Hadhari (HADHARI) Universiti Kebangsaan Malaysia (UKM) Prof. Dr. Fariza Md Sham.

The award was established to highlight the contribution of joint venture to the development of Uzbekistan in ensuring peace and stability, inter-ethnic harmony and tolerance, education of the young generation as well as enhancing the international cooperation.

The ceremony saw the award presentation by the Embassy of Uzbekistan to Malaysia, H.E. Ravshan Usmanov to Prof. Dr. Fariza, in the presence of Profesor Dr. Mohammad Kassim, Deputy Vice Chancellor (Academic and International Affairs).

Prof. Dr Fariza who hailed from Temerloh Pahang, Malaysia is a stellar academician who has received numerous accolades throughout her academic career.

She attributed her award to UKM for providing a platform such as HADHARI that enabled her to collaborate with Uzbekistan.

Additionally, she stated that without the support of her family, she would be unable to advance further in her career.

“Without the support of my family, I would be unable to advance further in my career,” she added.

Prof. Dr. Fariza, according to H.E. Ravshan Usmanov, has been instrumental in strengthening Uzbek-Malaysian ties in education and culture by expanding collaboration between Uzbekistan and Malaysian research institutions.

“Together with UKM and HADHARI, we will continue to strengthen our collaboration in order to gain a better understanding of the Islamic civilization’s legacy,” he added.

According to him, UKM and the Republic of Uzbekistan have had a long-standing friendship for more than 12 years.

He stated that the partnership has been strengthened over the years through numerous collaborations between HADHARI and Uzbekistan’s Imam Bukhari International Scientific Research Center, such as Memorandums of Understanding (MoUs) and academic activities. 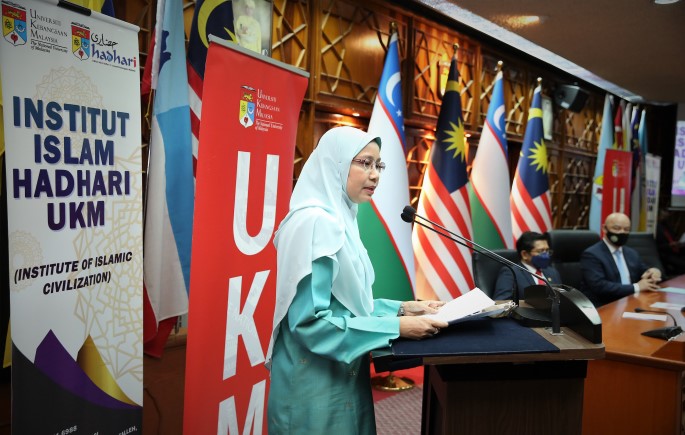 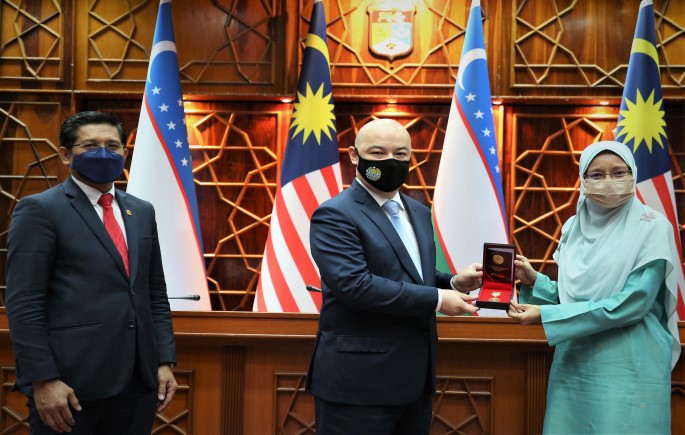 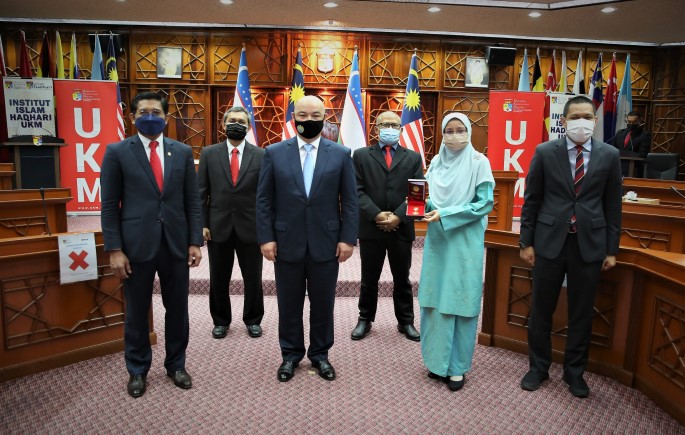