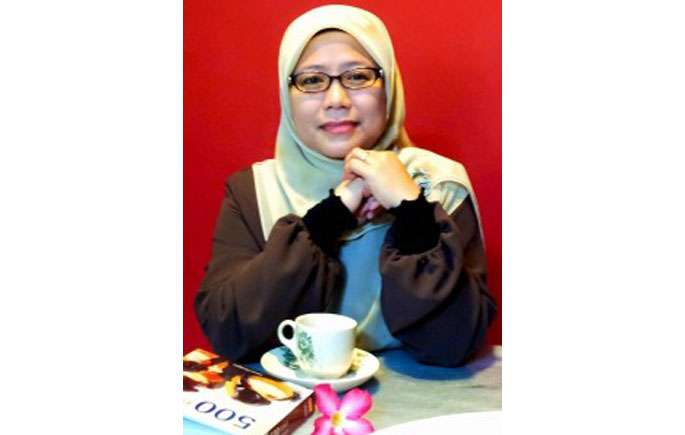 BANGI, 12 Dec, 2015 – A lecturer from the School of Languages, Literature and Malay Culture has done The National University of Malaysia (UKM) proud by winning the Malaysia Premier Literary Award (HSPM) recently in the short story category.

The short story titled Infithaar di Taman Salju published in the Sunday edition of a major Malay daily on 3rd, 2014 tells the suffering and the struggle for freedom of religion of people under oppressive rule in Central Asia.

The authour Assoc Prof Dr Mawar Safei, said the story is based on the real-life experiences of an Uyghur woman who now lives in Auckland, New Zealand.

“Interestingly, as a writer we have the opportunity to read a lot of things, which makes us more open minded and have a different point of view.

“I really appreciate the experience I went through and I am grateful for the inspiration recieved for making the short stories,” she explained.

She also plans to publish another short story anthology titled Narratives of the Land of New Zealand and other stories next year based on her  experiences in Auckland and Wellington, while on sabbatical down under in 2014.